We struggled to whittle down the 81 Young Adult Bike Travel Scholarship applications to just four winners. In the process, we found ourselves inspired by all the amazing young people already involved in the cycling community.

Without further ado, here are the winners of the 2016 Young Adult Bike Travel Scholarship!

Cara Thompson, aka “The Biking Viking”

“Riding a road is a story in creation: a raw sunrise, a leisurely landscape, road-blocks, detours, that dramatic peak and the view from the top, then a denouement.”

Cara Thompson is a storyteller. “I am drawn to projects that intertwine words and images,” she said. Her lush descriptions of her bike adventures caught our attention while she won us over with her unique plans for a community project. Here is a little more about Cara in her own words. 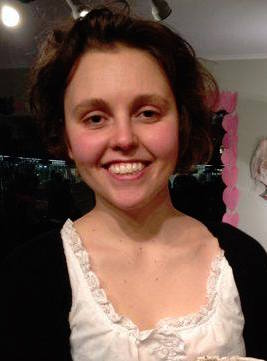 On not having a car:

“My friends call me the Biking Viking. Until one month ago I did not own a car, so I commuted to work via bicycle (I still do, even with a car, because I enjoy it). After working an exhausting shift as a waitress, I would pedal and sweat away the stress and concerns of my day. It was exhilarating, inspiring me to sing carelessly or sending me into deep daydreams. These bike awakenings emboldened me to venture on longer day trips, 40–50 mile rides. Recently, I went mountain biking for the first time in the North Cascades. Thrilling!”

On storytelling and her Olympic Peninsula community:

“Sharing my writing and helping to publish the stories of others, I have been awestruck by the perspectives present in the region I grew up in. This storytelling and sharing practice has revealed a hidden narrative to me full of caring, sensitive, and enchanting people. This practice is what has encouraged me to be aware of the magic of the communities I enter and to listen to their stories.”

“A Story-Bike is a group of writers, art-makers, and creative people that ride a bike tour together, stopping along the way to lead illustrated story-sharing workshops at community venues. There would also be an open invitation to people along the route who would like to join us for a day. We would ride to the coast and back according to maps posted on the Olympic Discovery Trail website, www.olympicdiscoverytrail.com, carrying most of our camping equipment and food. Each day we would stop at a specified community center to lead a Story-Bike event for families.”

“The goal of the Story-Bike is to invite a diverse group of people to participate in a shared story, the story of a bike ride. It is a way for me to share the joy that I feel as I ride my bike, with words and with experiences, and to encourage others to join me as we bicycle through life.”

We are excited to work with Cara on her Story-Bike project. Cara will attend the Intro to Road Touring course in Virginia, May 1–6. Cara will also receive a new Salsa Marrakesh touring bike, camping gear from Big Agnes, panniers from Arkel, bike gear from Portland Design Works, and bike transportation from BikeFlights.com. 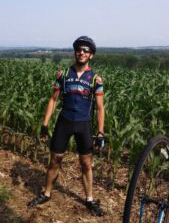 Nathan’s dedication to making cities safer for cycling caught the attention of our scholarship selection committee. He currently has a position with the City of Tulsa, OK.

“As a Management Fellow, I rotate through a different city department every three months. So far, I have worked with Customer Care, Planning & Development, and Grants Administration. One of my favorite projects as a Management Fellow have included evaluating how the City of Tulsa can consider sustainability-related factors when determining which development and transportation proposals should be funded.”

Nathan cut his cycling teeth as a member of Bike and Build, where he raised over $4,800 and helped build affordable homes with organizations like Habitat for Humanity as he rode from Portland, ME to Tulsa, OK.

“The 61st & Peoria neighborhood is among Tulsa, Oklahoma’s most disadvantaged communities. Over one third of the neighborhood’s residents live in poverty and the median household income is below $25,000. The neighborhood has a large concentration of subsidized housing developments. In addition to these economic challenges, 61st & Peoria also deals with a high crime rate.”

“As a Tulsa resident, I ride my bike on the River Parks Trail often, and appreciate the feeling of freedom and independence I get while cycling and taking in the trail’s natural riverfront scenery. I realize that if children in the 61st & Peoria neighborhood are introduced to cycling and learn to ride on the River Parks Trail that is practically in their backyard, they too, might have a similar positive experience.”

Nathan will attend the Intro to Road Touring course in Virginia, May 1–6. He will also receive a new Salsa Marrakesh touring bike, camping gear from Big Agnes, panniers from Arkel, bike gear from Portland Design Works, and bike transportation from BikeFlights.com.

When we asked Rachel to tell us three things she was most proud of, she listed “making the choice to travel,” first.

“I did not have the opportunity to study abroad for a semester in college because of the rigorous demands of my science major, but I always dreamt of what it would be like to live and learn through other cultures for an extensive period of time. Making the choice to forgo entering the direct, career-oriented workforce, like many of my peers were doing at this stage in life, and choosing instead to explore with heart and mind wide open to whatever there was to encounter, is one of the most gratifying and shaping choices of my life that I know will forever influence the directions I choose to pursue in the future.”

How did Rachel travel, you ask? By bike! 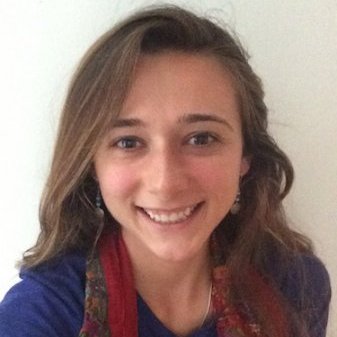 From September 2014 to April 2015, Rachel did a self-contained bicycle tour with her partner. Beginning in Budapest, Hungary, and cycling through southeastern Europe into Turkey, she then then flew to Thailand to cycle two months in southeast Asia, before flying back to Los Angeles and cycling down the coast to San Diego and across the southern tier of the U.S., back to her hometown of Bloomington, IN. “The most incredible cultural immersion experience of my life thus far,” she said.

“In the future, I would love to continue working with youth from underserved and/or trauma-influenced backgrounds, providing them support, education, and leadership opportunities, from the seat of a bicycle rather than through more traditional methods. I have felt in my own life the transformative power of physical movement, reflection, nature, and the act of ‘pilgrimage’ of various sorts, and know that leading outdoor bicycle travel could be an incredible opportunity for healing, empowerment, and growth for youth participants.”

Rachel will attend a Leadership Training Course before taking a longer tour to practice her new skills.

Luke is no stranger to car-less, long distance travel. In 2013, he packed his bags and hiked the Pacific Crest Trail to raise money for MedShare. Not content to just hike the epic trail, he made a documentary film about it: Only The Essential.

It should come as no surprise that Luke proposed a short film for his community engagement project.

“I fell in love with bike travel this summer on the Pacific Coast Route and want to share my excitement about touring with others. A film is a unique tool for sharing an adventure because it can be by accessed by almost anyone in the world. I’ve often had prospective adventurers tell me that they are too old for an adventure, or not organized enough. Adventure Cycling Association has the perfect stepping stone for these people in the form of guided tours and I see a lot of potential in reaching out to these would-be adventurers in the form of film.”

Luke will head to Texas in April for a Leadership Training Course and in July he’ll head up to Alaska to test his bike knowledge as part of the Alaskan Golden Circle tour. Then, in August, Luke hits the Great Divide Mountain Bike Route, camera in tow.

Thanks to all the 2016 Scholarship applicants. It was extremely difficult to select just four people from the 81 applicants.

If you would still like to financially contribute to the scholarship program, your donation will be matched by a generous donor.

A huge thanks to our gear sponsors: Salsa, Arkel, Big Agnes, Portland Design Works, and BikeFlights.com

The Thomas Stevens Fan Club is brought to you by the development team, Annette and April. They share an office with a classic Parisian Metropole bicycle. Want to know more about how you can support Adventure Cycling and all the amazing work they do? Call them at 406-532-2760 or email them at development@adventurecycling.org