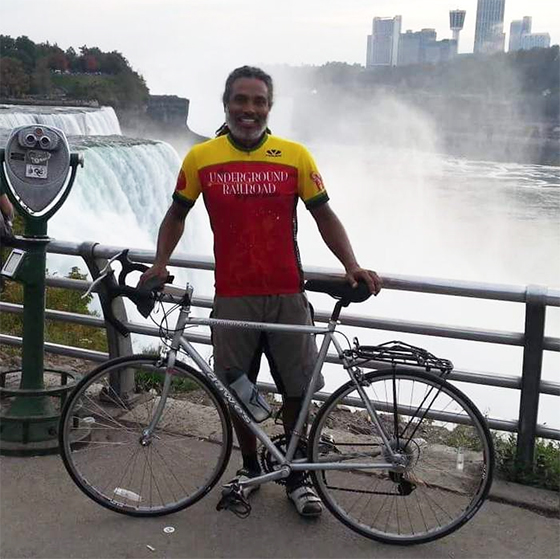 Erick Cedeño, the Bicycle Nomad, is one of the speakers who will be part of the Montana Bicycle Celebration in July to celebrate the 40th anniversary of Adventure Cycling. We recently had a chance to ask Erick a few questions about how he became interested in bicycle touring and his Bicycle Nomad brand and café in Phoenix.

How did you become interested in bike travel?
I’ve been a traveler all my life, even as a child. Every Friday, my mom used to take me to McDonald’s, which was a mile and a half from our house. My mom didn’t drive so we would walk to McDonald’s, eat, and walk back home. One day, my mom was on the bus three miles away from our house and she saw me walking on the street. She got off the bus and, of course, started asking me all kinds of questions as to why I’m so far from the house. All I could say was, “Mom, I wanted to see what was beyond the McDonald’s.”

Then, when I was 12, my mom took me to Mexico for three weeks to explore the pyramids, temples, and relics of Mayan and Aztec civilizations in Mexico. That changed my world — I was in awe of history and of traveling.

I became interested in bicycling later in my life. I’d moved to Miami, was training as a triathlete, and used my bicycle as a sport, not as transport. I got bored of riding the same routes, so I rode from Miami to Key West, about 150 miles. That’s what really did it for me. Bike travel let me see things from a slower pace than cars. Traveling by bike, you use all your senses — you smell things, you see things, you hear, etc. It’s awesome. 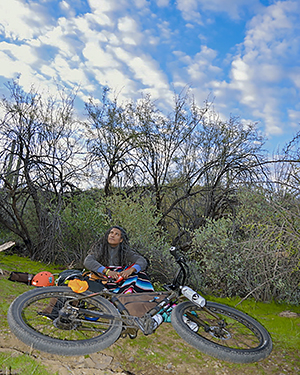 Tell us about your first bike trip.
My first real bike trip lasted 39 days. I’d done other two day trips before then, but the 39-day journey was my first major bike trip. I flew to Vancouver, Canada and rode from Vancouver to Tijuana, Mexico. I really didn’t know what to expect. It was the most amazing trip — people helped me along the way by giving me water or giving suggestions as to where to find sea lions. I remember descending this hill in Northern California and I looked to my left and saw a cow giving birth. It was so surreal. I saw this calf coming out of its mother and I had to grab the brakes and stop. I’m a city boy, so I’d never seen anything like that before. I just had to stop and watch the miracle of birth. 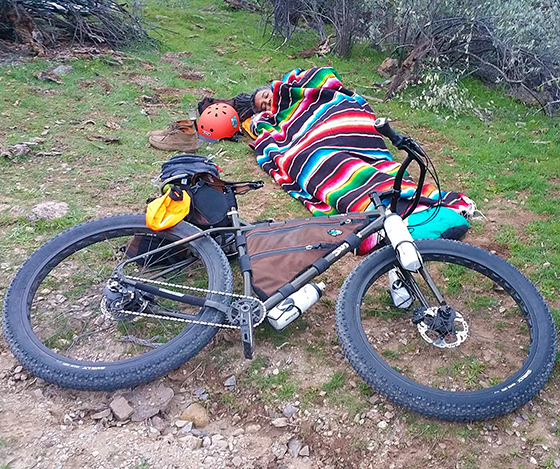 To date, what was your most important or favorite experience on a bike?
My favorite experience was traveling through the Underground Railroad, the Freedom Trail. I knew people had traveled the same path I was going, and they were looking for freedom. I was looking for my freedom too in my own way, but I knew the people who passed there before had walked so that I could do what I was doing.

And it’s so much bigger than the just the United States. The history of the transcontinental slave trade has many linkages from Africa, Europe, and North and South America. Central Americans also felt the heavy burden of slavery and I am proud to be part of the legacy of the same people who were looking for freedom. Up until that point, I had been using my bike to travel as my main means of transport, but with this trip I felt like I was also educating myself about my history and the Underground Railroad.

Where do you still hope to ride?
My hope is to ride home to Panama from the United States, but I want to learn the history of the Mayan civilization along the way. So, I plan on going through Mexico and Guatemala and learning about the history. I don’t think it will be just a physical journey, I think it will be a spiritual one.

Tell us about your brand, the Bicycle Nomad and what you hope to accomplish with it.
I launched the Bicycle Nomad because I love the lifestyle of bicycle travel and I want to promote it. I want to inspire and motivate people to become healthier and more curious about the world around them by sharing what I have seen and felt.

You also recently opened the Bicycle Nomad Café in Phoenix. Tell us about your new business.
Bicycle Nomad Café is a community space for bicyclists and anyone who uses bicycles as their main mode of transportation. Adventure Cycling has a route that goes from San Diego to St. Augustine, Florida and they call it the Southern Tier. Phoenix is on that route and I’d love people traveling to stop here and hang out and enjoy the space.

We look forward to having you as a guest at the Montana Bicycle Celebration, Adventure Cycling’s 40th anniversary celebration during the weekend of July 15–17. What does it mean to you to be part of the Montana Bicycle Celebration?
It’s an honor to be part of it and to be a part of something I love so much. Adventure Cycling holds a special place in the cycling world — their 40-year success testament to this. They have encouraged and inspired so many people to cycle and I’m grateful for the opportunity. I hope I can inspire as I have been inspired.