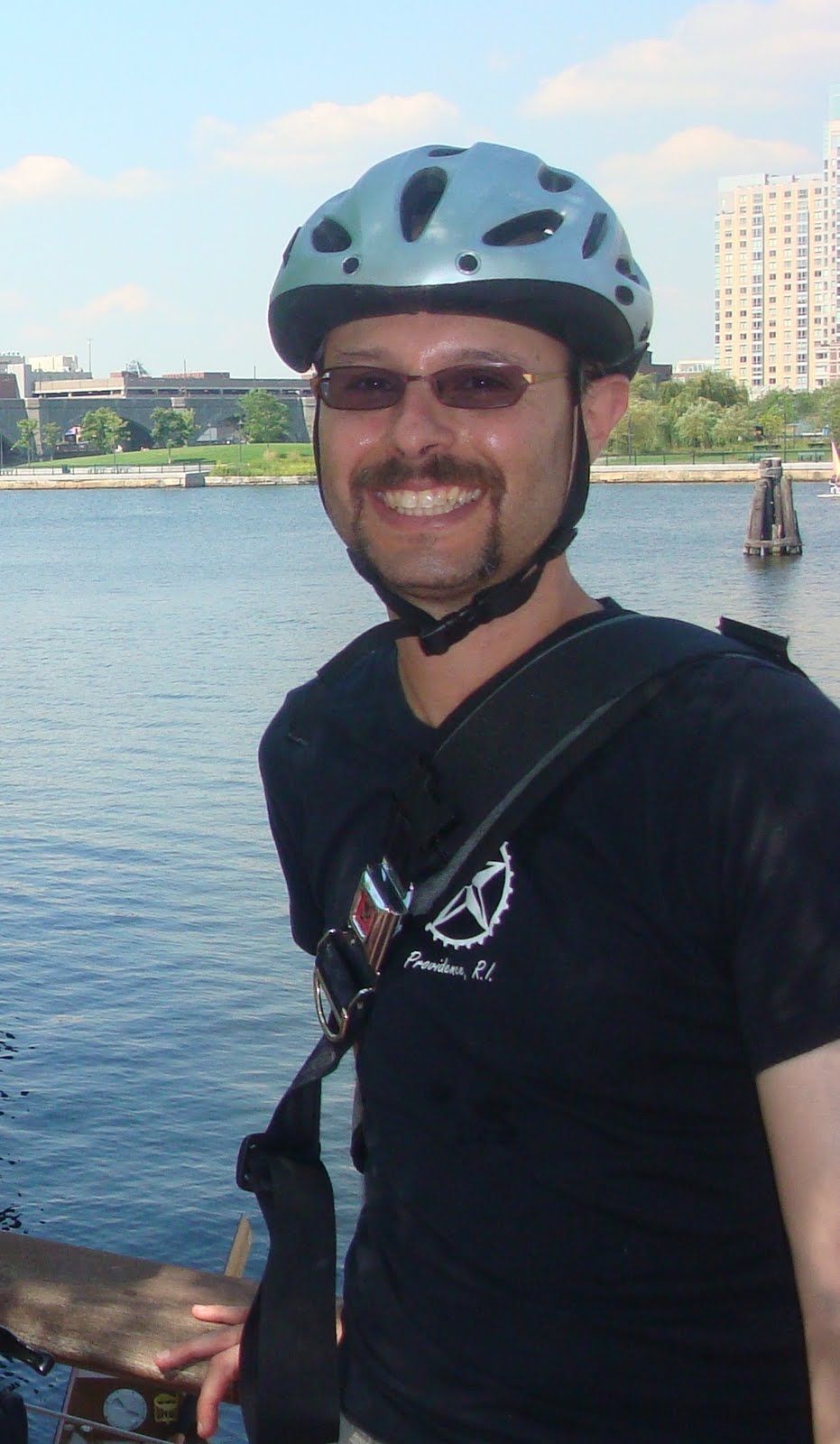 How did you first hear about the U.S. Bicycle Route System (USBRS)?

I became aware that there was something called U.S. Bike Route 1 in the early 1990s, but knew nothing of the routing or the planning and history behind it. Certainly my awareness of the U.S. Bike Route System has blossomed since AASHTO and Adventure Cycling Association revived it in more recent years.

Tell us about the East Coast Greenway Alliance.

The ECGA is the nonprofit organization that exists to create the East Coast Greenway (ECG), a 2,900-mile route connecting cities from Maine to Florida for bicyclists, walkers, and other non-motorized users. We will celebrate our 20th anniversary this November. ECGA is headquartered in Durham, North Carolina; my office is in downtown Providence, Rhode Island, and we also have staff in Florida and New York. Today, the ECG is 26 percent complete as a traffic-separated facility; the remainder is on carefully selected roadways.

What spurred the the ECGA to become involved?

It was a no-brainer to us that where U.S. Bike Route 1 (and parts of U.S. Bike Route 5) and the ECG could be co-located — and [with] the energy behind both projects focused on a single route — the likelihood of faster implementation would be stronger. We will see this bear fruit in construction of multi-use trails and installation of signage; and, most importantly, greater numbers of people getting on their bikes to explore the East Coast of the U.S.

How are you involved?

I'm working with volunteers and agency personnel to build interest and motivation, and, when requested, to help complete applications.

Tell us about your vision for the ECG and USBR and how they will be connected?

I see the ECG and USBR 1 being co-located for much of the Eastern Seaboard from Key West to the Canadian border. In South Carolina and part of North Carolina, we hope to co-locate the ECG and US Bike Route 5. For those locations where the routes diverge, we see them as complementary, each offering a great bike touring experience, but linking different communities, historic sites, and other amenities.

Why do you think communities will want to be on a U.S. Bike Route? What are the advantages for them?

Sustainable tourism — people biking through, having no negative impact but leaving cash behind at restaurants, B&Bs, etc. — is a great incentive.

How you are working with the state and local transportation agencies?

Refining routing, creating maps and turn sheets, and discussing signage are a few things that come quickly to mind.

I hope that, as a transportation network, the national bike route system will become as recognized as the interstate highway system; and, as a tourism draw, as attractive as our National Park System.