When you break it down, a bike is a rather simple object. A few well-crafted pieces put together. When Darrah Rogers, one of Adventure Cycling’s new tours specialists speaks of her relationship with her bike, she says, “I cycle for a cause, I cycle to connect.” In 2009, biking became very personal for Darrah. Losing both her mom and aunt to cancer, Darrah found a way to honor these women who had helped shape her life, while processing some of the grief she was feeling, by jumping on her bike and pedaling 100 miles. 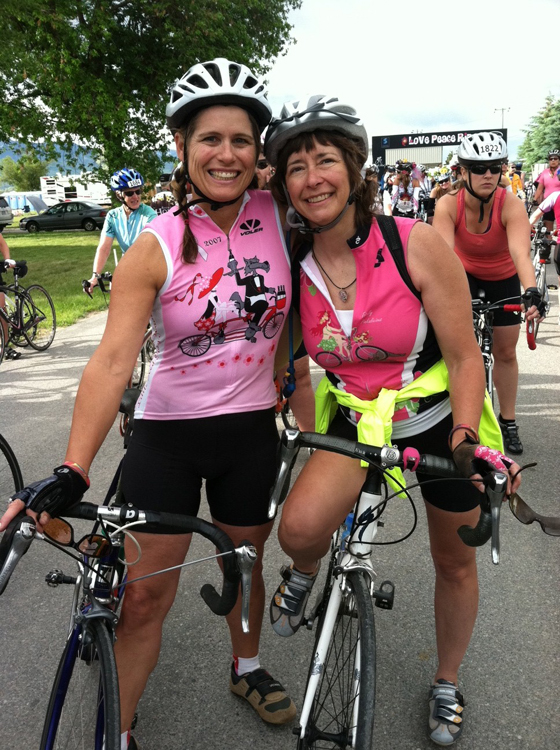 Darrah met up with a good friend and together they rode the Bonneville Cycling Club’s Little Red Riding Hood. With a photo of her mom and aunt strapped to her back, Darrah was able to bring them along every step of the ride while being blown away by how much she gained and grew personally. Cycling to connect is what brings Darrah the greatest joy on her bike. The Little Red Riding Hood ride attracts thousands of women to ride in a noncompetitive environment while helping to fight cancer. The ride is filled with cancer survivors, those battling, and others getting out to show their stamina and devotion to finding a cure. 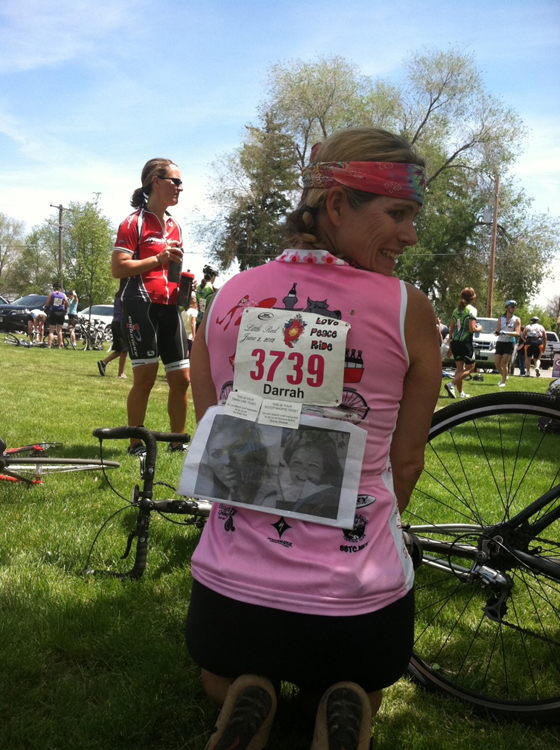 Darrah and her husband Chris are new to the Missoula area. As she settles into town and starts to build community, finding another cause and another ride are high on her to-do list.

Darrah, I lost my aunt and several good friends to lung cancer. When that happened, over ten years ago, I started riding the Clean Air Challenge here in Alaska, a charity ride for the American Lung Association. As with your rides, I found a soul-satisfying way to honor, memorialize and remember my friends, and to magnify my own monetary contribution to a cause I fully support. Keep up the good work.

Thanks Mandy. Seems like there are great causes to ride for all over the US - keep up the good riding!