Shorter days and colder temperatures are beginning to invade the Bitterroot valley. Here in Missoula, Montana, I left the house this morning on my ride to work and found a dusting of snow on the peaks over 5000 feet. I suddenly realized that I will need to put the studded snow tires on my mountain bike for commuting, find that balaclava and the full-fingered gloves I put away last winter, and start bundling up for the Missoula winter. My only solace is that there is still a great deal of awesome road riding to be had in the months ahead … in Florida! 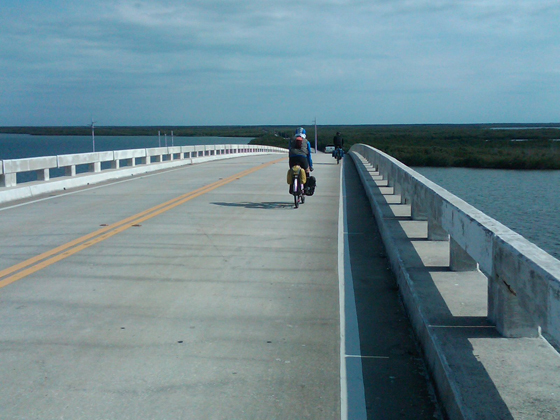 I have toured in Florida many times over the past five years, mostly in January and February. I have traveled Florida self-contained, van-supported, and "credit card supported," and have even led a Leadership Training Course for Adventure Cycling. My tours throughout the state have reached as far north as St. Augustine and as far south as Key West. I have used Adventure Cycling’s Florida Connector and Atlantic Coast routes as well as headed out on my own route with friends. I have arrived by train, plane, automobile, and bicycle. I have never had a bad experience cycling in Florida. That is what draws me back time and time again during the cold months.

So now that I have the bug, what will I do in Florida this season? BubbaFest 2013 – Florida Keys! 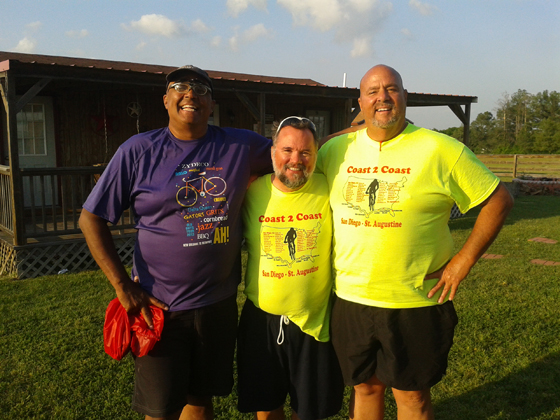 I met Bubba last spring as I was preparing for a personal ride from New Orleans to Memphis on what we call the Old Guy’s Tour. I was in Magnolia, Texas, with some riding buddies when my partner Shawn informed me that Bubba and his Cross Country tour were in Richards, Texas, about 25 miles north. Shawn assisted Chef Ann of Culinary Insider catering Bubba’s tour. We decided to do a day ride to Richards, Texas, to meet Bubba at the Mexican Hill Ranch, secretly thinking there would be a free meal and beer in store. It doesn’t take long to love Bubba and what he offers his participants, collectively known as Bubba’s Pampered Pedalers.

When Bubba said Shawn and I should experience BubbaFest, because “everyone does BubbaFest,” we decided that we would return to the southeast with our Bike Fridays. Yes, I am entering the ‘pampered zone’ to bask in a Florida experience I have never had. I just have to ride my bike. If I want, Bubba and his crew will personally pitch a tent and prepare my accommodations. Although I can only do Key Largo to Key West with Bubba, due to the Bicycle Tour Network conference in RAGBRAI country, Iowa, I will still hold him to his promise: “It’s not just a bike tour, it’s a Keys Experience.” 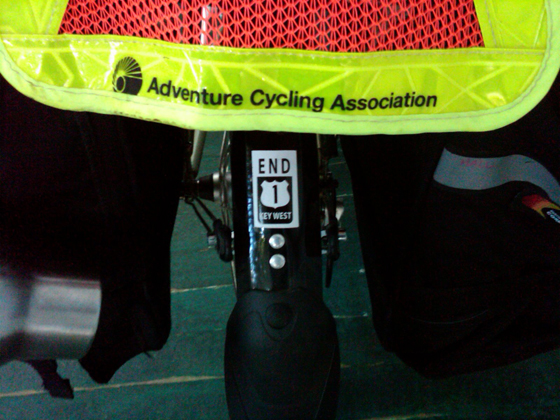 Check out Adventure Cycling's 2014 tours, including self-contained, van-supported, and educational tours in the Florida Keys in January and February.

We are going to be there. We just got a Bilenky Viewpoint tandem, half recumbent, half upright. It will be our first tour on the Viewpoint!