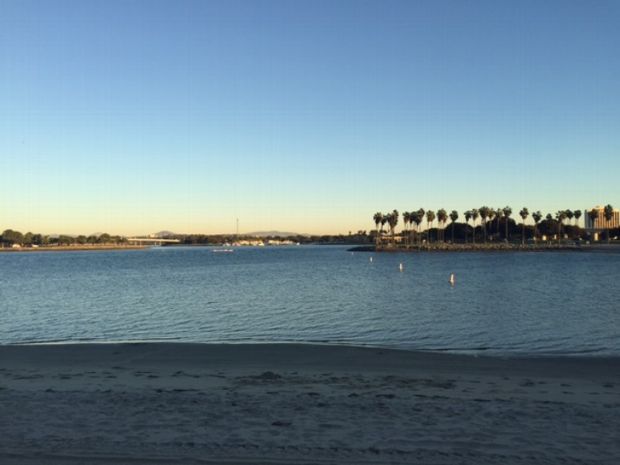 It is a beautiful place to meet, the Bahia Resort on Mission Bay in San Diego. With a view of the Bay, gorgeous weather, and the excitement that comes from people of like minds gathered together, the National Bicycle Tourism Conference in November 2014 was a smash success.

The conference center was at capacity, with more attendees than ever before. Twenty-six state tourism bureaus, also known as destination marketing organizations (DMO) attended with many local DMOs, and city and state officials in attendance as well. Sessions ranged from managing tour events, trends in tourism marketing, international trends in bicycle tours, and building bicycle tourism networks to the bicycle industry’s marketing and growth potential. This was the third year of the newly branded National Bicycle Tourism Conference, a switch from the traditional meeting named for, and managed by, the National Bicycle Tour Directors Association (NBTDA). 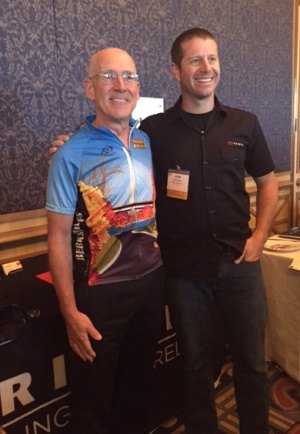 This was my first time attending this event. As the conference was geared toward those who manage bicycle touring events, I had little to offer. However, leaders within the NBTDA had a vision for the event that would help us all connect the dots — the dots being bicycle tourism at a much grander scale with lessons from Europe, Quebec, and the active travel and tourism sector. Conference organizers honed in on what can grow bicycling as a recreational opportunity in the United States.

And that’s really the key. At Adventure Cycling, we’re devoted to making bicycle tourism more accessible to more people by creating opportunities for bicycle travel (for example our growing Adventure Cycling Route Network and the U.S. Bicycle Route System), finding key partners that can provide amenities to the touring experience (such as Amtrak, National Parks and state park campgrounds), and developing the tools that can sell communities, states, regions and the nation on the potential return on investment (with our growing library of bicycle economic impact studies). 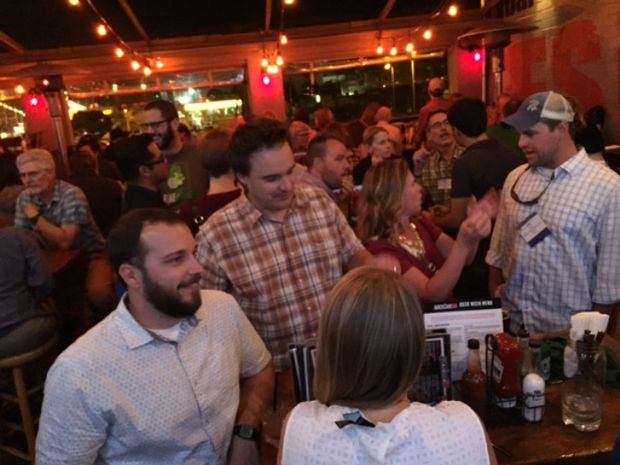 After hours party with the San Diego Bicycle Coaltion at a local hangout, the Sand Bar. The conference included ample opportunities to take in the local scene, network, and learn.

I was excited to play a role in this conference and can’t wait to build on this year’s success. Whether you work to improve conditions in your local community, develop bicycle events and tour opportunities, are building trails or mountain bike parks, or just like to get out and ride, this conference packs a powerful story and has valuable ideas. We’re going back to San Diego next year; I hope you can join us because we’re just getting started and have many more lessons to share.