Is There a Mountain Bike Festival in Your Future? 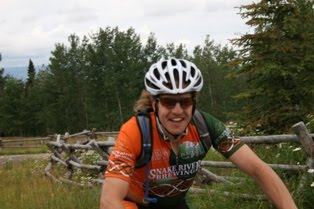 If you like people and enjoy riding mountain bikes (or like the idea of trying it), but have never signed up for a mountain-bike festival, you're missing out on some great fun. I've attended fat-tire festivals in Colorado, Wisconsin, and Utah, and found that they shared a certain spirit of camaraderie that's tough to beat. I'd be willing to bet that the ones I've haven't attended share it, too.

Certain things, it seems, are givens: great rides for novices and experts alike, good food and music, and cold beer. In fact, the ever-present suds might be responsible for some of the fat-tire "spirit" I mention above.

The self-proclaimed "Oldest Mountain Bike Festival on the Planet," the Crested Butte Bike Week in Crested Butte, Colorado. This fabulous, wildflower-filled fest celebrates its 33rd anniversary in late June of 2013.

July could be your big chance, wherever you live in the U.S. For example, the Vermont Mountain Bike Festival takes place in the middle of the month in the area of West Windsor. It includes rides specifically for kids and for women, along with barbecues, live music, films, and — naturally — free Ben and Jerry's Ice Cream. In Arkansas, the Eureka Springs Fat Tire Festival happens at about the same time. It's a little more race-oriented than the others mentioned here, but it does include plenty of parties and leisurely group loop rides.

Over Labor Day weekend, the west slope of the Teton Range in Wyoming and Idaho comes alive with the fourth annual Wydaho Rendezvous Mountain Bike Festival. Organized by Teton Valley Trails and Pathways and Grand Targhee Resort, this event highlights the great trail system found in the Tetons and in the little-known Big Hole Range bordering the west side of Teton Valley.

For something even later in the year, you might consider taking in the San Rafael Swell Fall Mountain Bike Festival in Utah in late September. This popular fest includes rides in an area that's not far north of Moab, but is far less "discovered" than the slickrock mecca. It's based at the Wedge Overlook, aka the Little Grand Canyon, outside the small town of Castle Dale.

Photo of happy mountain biker in the Tetons by Michael McCoy