Panniers were everywhere at this year's Interbike show. There were a few new companies to be seen, a couple of veteran companies jumping into the pannier arena for the first time, and a lot of current pannier manufacturers bolstering and fine-tuning their existing supply. 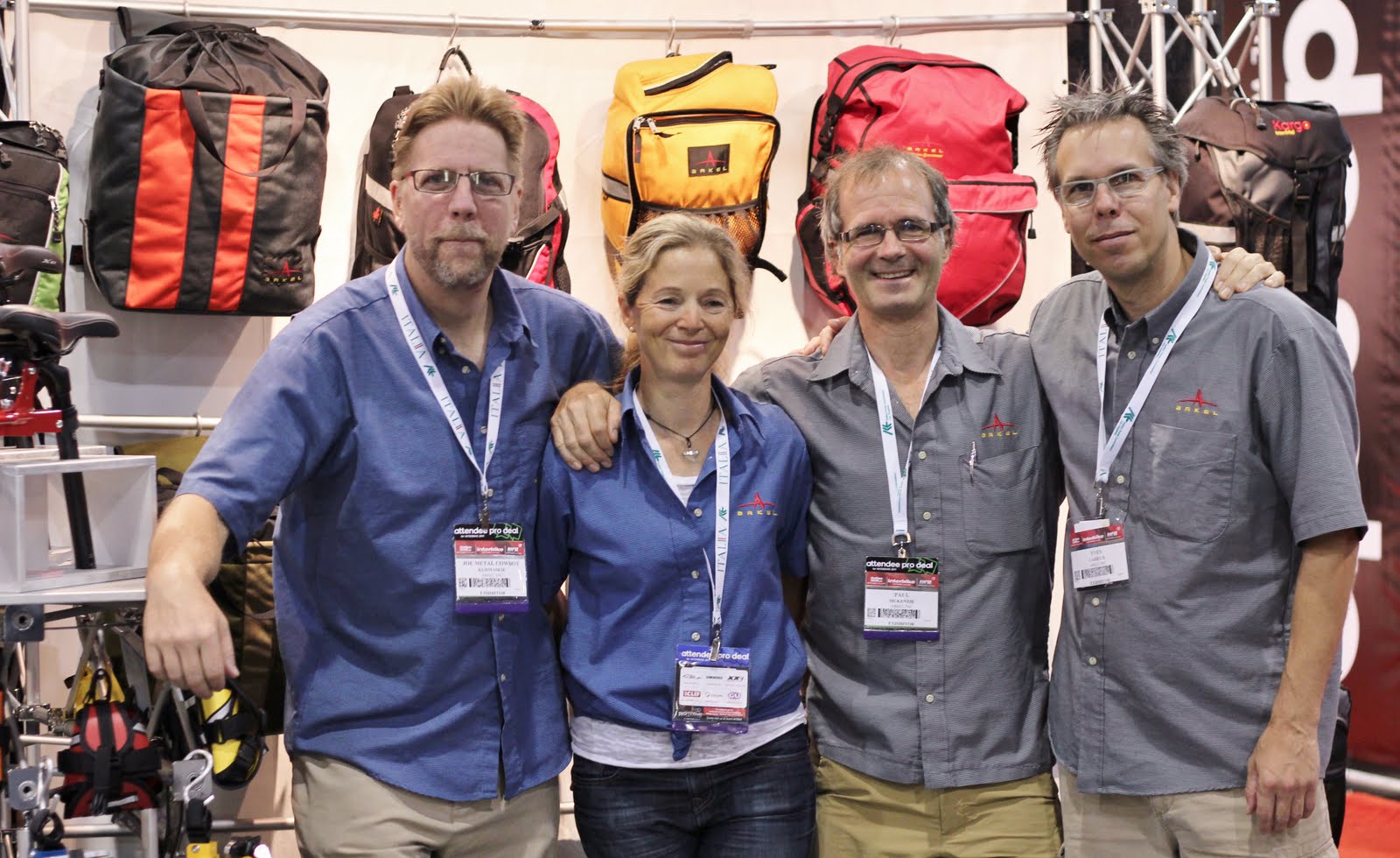 Arkel: We carry (and use) Arkel panniers, so it was great to see the crew out at the show. If you are most familiar with their products through our Cyclosource store, one item you may be less familiar with is their Dolphin pannier. It's a roll-top waterproof pannier that also includes some pockets to help keep your things organized. Also worth noting: if you spend $100 or more through Arkel's website, you're entitled to a free Adventure Cycling membership.

Ortlieb: When it comes to excellent durability and all-weather protection, Ortlieb is hard to beat. With their front and back roller classic panniers, they were sporting some colorful new designs that would add a little zing to your loaded touring setup. 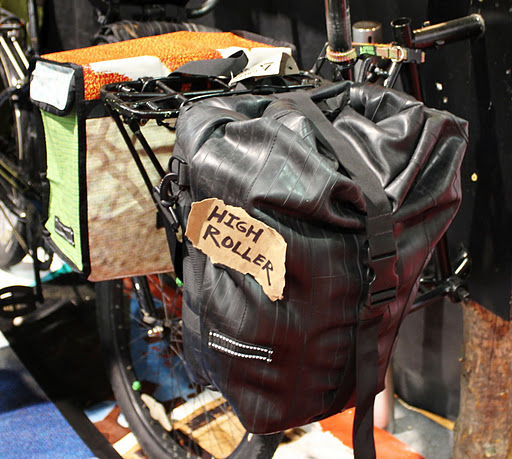 Green Guru Gear: They make all sorts of bags and accessories at Green Guru Gear, in addition to some cool panniers. The High Roller pannier is their model best suited for long-distance touring, and is made from "upcycled" bicycle inner tubes. The roll-top design helps keep the outside elements from creeping into the bag, and the panniers include a shoulder sling for carrying them when you're not on the bike. 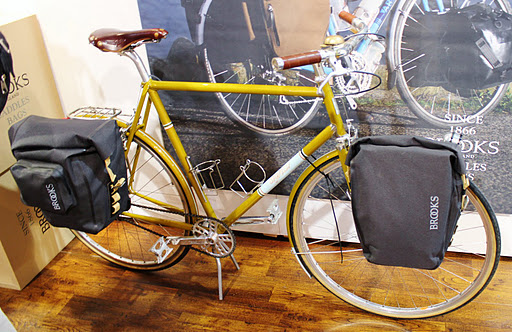 Brooks: Best known for their leather saddles, Brooks is entering the pannier market for the first time with their Lands End rear panniers and John O' Groats front panniers. Production and distribution won't kick off until early 2012 -- but, like all their products, they look to be well made and very attractive on the bike.