If you're interested in a new touring bike for next year, there's some great news. The pool of available bikes is on the rise! Here's a sampling of four new touring bikes for 2012, aimed at four different styles of touring. 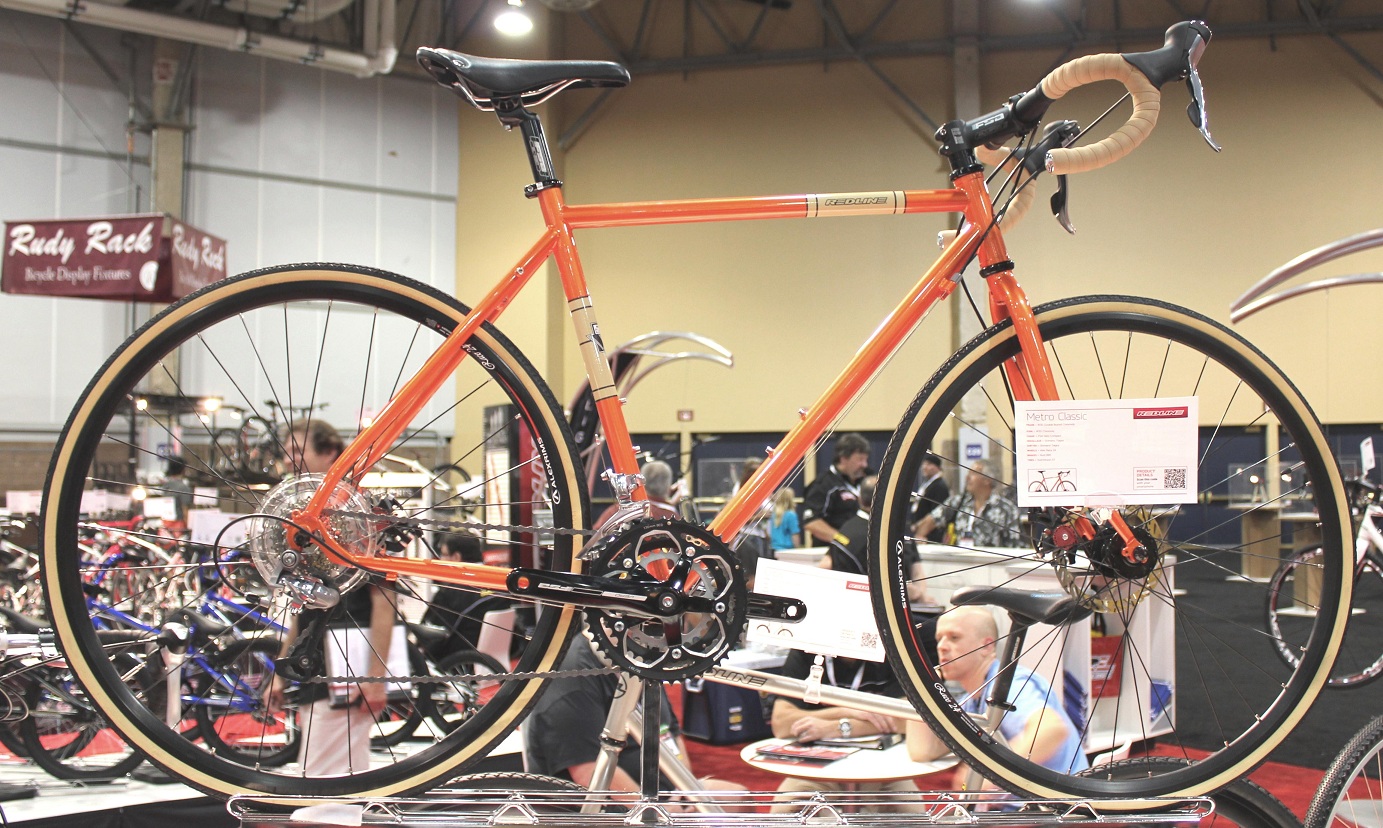 Redline Metro Classic: Redline has revamped their Metro series for 2012. What was formerly a flat-bar commuter bike has taken on the shape of an touring bike for fully-loaded riding. The 4130 Chromoly frame offers a comfortable, stable geometry, and it has all the eyelets you could want for setting up racks and fenders. The Shimano Tiagra 9-speed drivetrain gives great performance for the price, providing a wide range of gears with a triple crankset and 12-28 cassette. The frame and fork are disc specific, and Avid's BB5 mechanical road brakes handle the stopping power. Retail on these will be around $1,150. 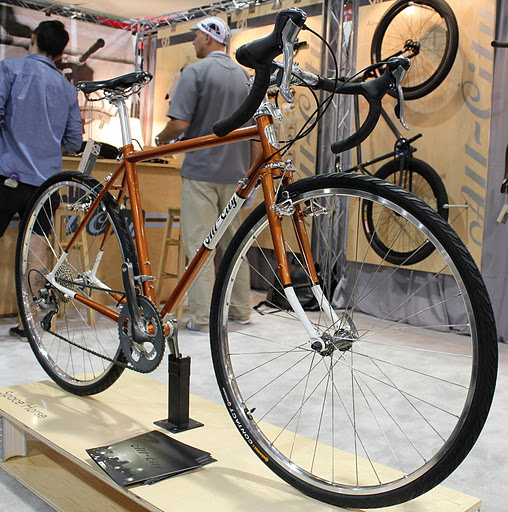 All City Space Horse: This is the first foray into touring bikes for All City, which historically has focused on city commuters. The Space Horse is a light load touring bike, or randonneur bike, putting its geometry somewhere between that of a touring bike and road bike, and coming with a compact double crankset rather than a triple. With its slightly shorter chain stays, you may want to keep heel clearance in mind when choosing panniers, but the bike does have all the eyelets to hold a full set of racks and fenders. One very cool feature is that the inside of the steel frame is precoated with rust protection, so you don't have to disassemble it to take care of that yourself. The Space Horse, available next spring as a complete bike with a Shimano Tiagra drivetrain, will retail for around $1,350. 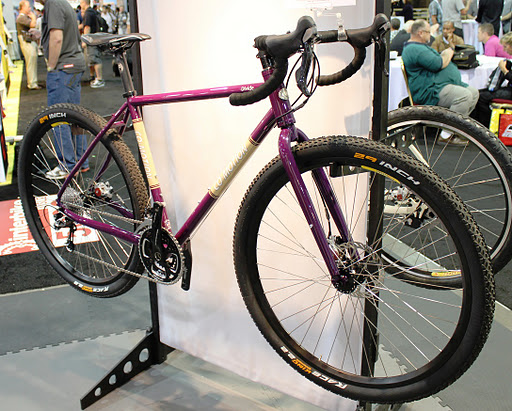 Co-Motion Divide: The much anticipated 29er version of their already stellar Pangea. If you have any intention of tackling the Great Divide Route, or any other off-road touring adventure, the Co-Motion Divide deserves a look. At $3,925 for a complete bike, it isn't for the budget-minded rider, but anyone can appreciate it! This 29er mountain touring bike comes equipped with drop bars and an excellent build, highlighted by a Shimano XTR rear derailleur, Ultegra STI shift levers, Avid BB7 disc brakes, and a Chris King internal headset for a clean look. The Divide has a tandem counterpart with the Java, and actually uses the Java's stout chain stays and fork for great reliability. 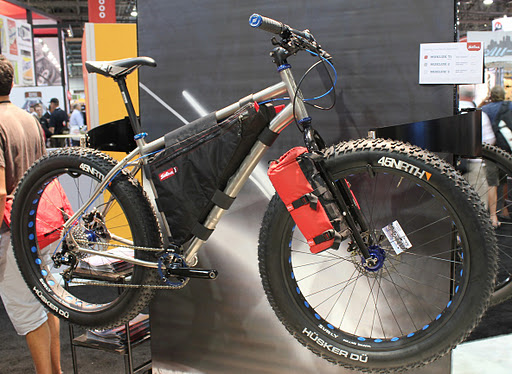 Salsa Mukluk Ti: Revamped for 2012, this is the new titanium version of last year's hit fat bike from Salsa. It's definitely aimed at a niche market -- people looking to tour on sand or snow -- but it's a fast-growing scene. If you're touring along beaches or on snow, titanium is a good choice because it resists rust from the inherent wet conditions, and displays great durability with an excellent ride quality. The bike available as a frame only, but if you're stumped on how to build it, you can take some cues from the complete aluminum Mukluks.

Why not use an Easy Racer? Seems like the Easy Racer Ti Rush would be a natural.