Welcome to the final installment of our 2013 Interbike roundup. I'm calling this one a random roundup because that's exactly what it is. There's a little something for everyone here, so I hope you enjoy it. 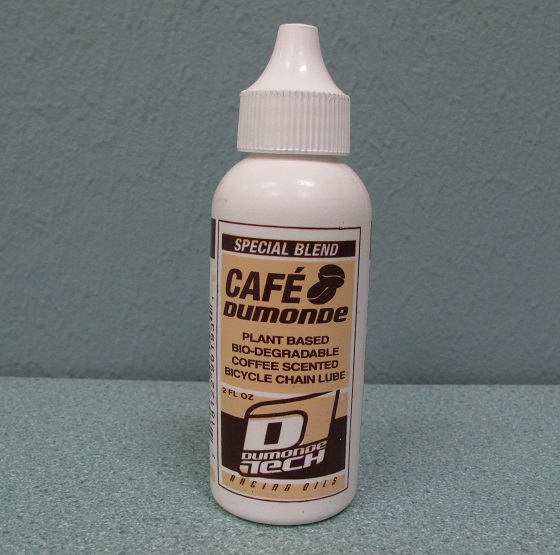 A couple summers back I crossed paths with a guy named James for a few days on the Great Divide route. On one of those days, James had the misfortune of his chain lube leaking in his pannier. He was using Dumonde Tech Lite chain oil, and until he made it to a town where he could do laundry, his clothes smelled like what we determined to be a bleu cheese scent. If this is a problem you've encountered, I now recommend Dumonde Tech's new Cafe Dumonde, a coffee-scented chain oil. It's 100% plant based and completely bio-degradable, and you'll look forward to morning bike maintenance. 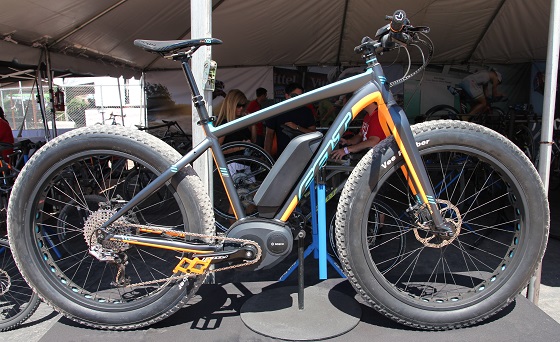 You love them or hate them, and regardless what you think, they're coming. E-Bikes have been taking Europe by storm these last couple years, and they are now setting their sights on the U.S. market. It was nearly impossible to miss Felt's fat bike equipped with a Bosch electrical-assist motor. You won't see this bike available for 2014, but don't rule 2015 out of the question. 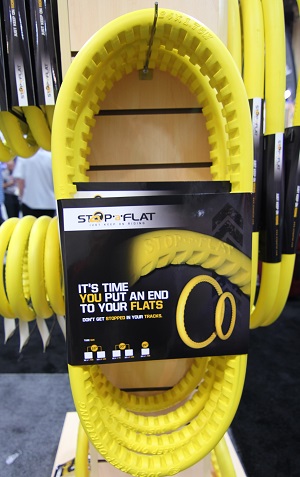 Want a sure fire way to eliminate the chance of a flat tire? Remove air from the equation. Stop-a-Flat is a solid foam tube that is intalled in a standard tire just like a normal tube would be. I liken it to those foam noodles you play with in swimming pools. This is a cool concept, but aimed at child and commuter bikes. They don't have a 700c version available, but the 16" is an attractive option for bike trailers. 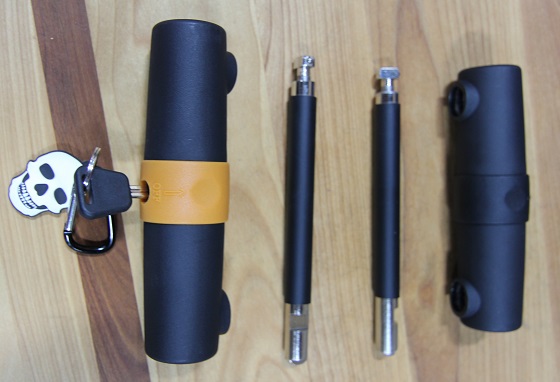 The old U-lock design is getting an overhaul. The Vier lock, by Tallac Designs, is a collapsalbe U-lock that disassembles into four pieces through a lock and shackle system. Once broken down, you can toss it in a carrying case, and tote it around easily. Since it breaks down into individual components, this opens the door to customizable lengths for your lock. 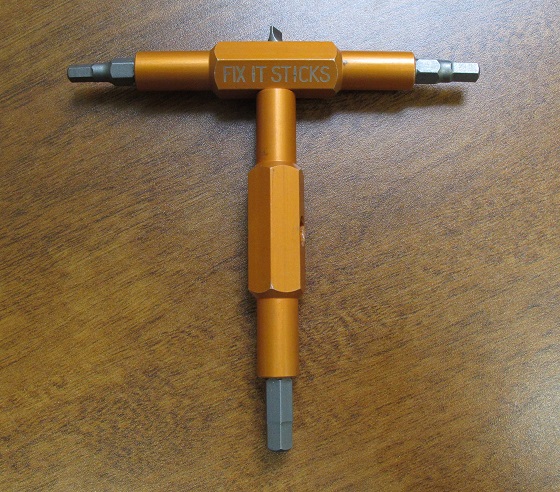 I was impressed by how many of this year's Interbike vendors were made possible by a successful Kickstarter campaign. Fixit Sticks is among these new companies, and they are rethinking the way we look at multitools. The fixit stick are basically two sticks with a tool on either end. This makes it incredibly easy to position them into hard to reach bolts, such as cantilever or disc brake bolts that are obscured by a rack. While you don't have the extensive range of tools you get from a more traditional multitool, this will set you up with the greatest hits. You can even customize your tool options based on your specific needs. I went with a 4mm, 5mm, and 6mm hex wrench, along with a flat head screwdriver.

Airless tubes have been around for decades, so have airless/solid tires. The main reason we cannot buy them at every bike shop is none of them have ever succeeded to deliver a product to us that is any way comparable to ye olde pneumatics. There are specialized markets for these products such as prams, toddler and toy bikes and adult mobility systems. Send me a 700/32 and a 451 for my tour Easy and I'll let you know in a few months if this new outfit has accomplished the impossible or merely repackaged the previous generations of failures.