In the Interbike Candy Store

What follows is a special post from our executive director, Jim Sayer, who will soon become a regular, here on the blog. He just finished up his visit to Interbike and shares some of his thoughts... 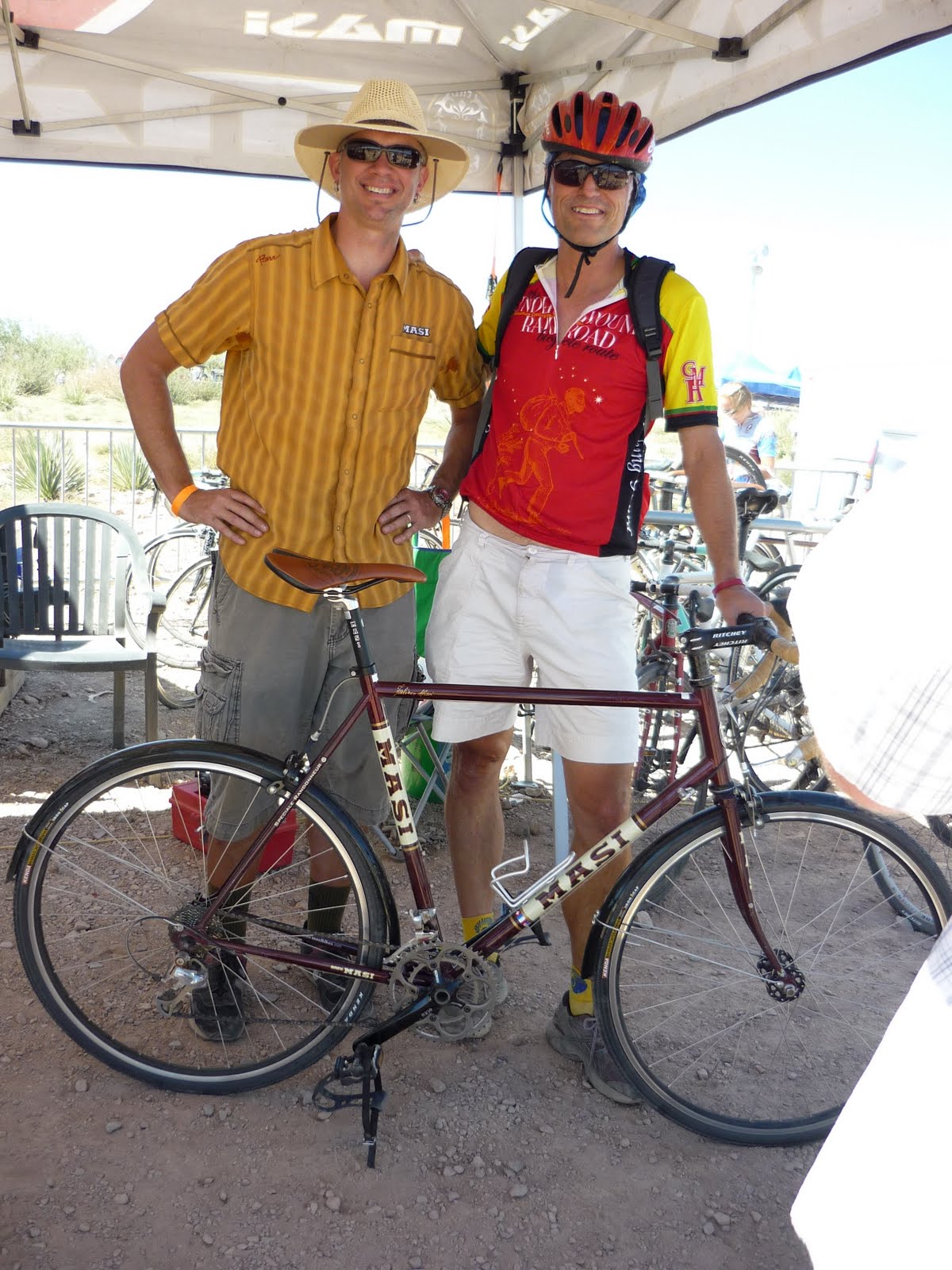 "I just attended the Interbike trade show in Las Vegas for the fourth time, but this year I decided to go early for the “outdoor demo days” in Bootleg Canyon, about 30 miles outside of the city. Understatement of the year: it was a great decision.

My kids love to go wild in a candy store; similarly, I went wild on the dirt and pavement in and around Bootleg. Many of the world’s best bike makers come with thousands of bikes – and an unsettling but gratifying eagerness to let you ride them. I enjoyed some terrific single track (IMBA calls it “epic”) on a bunch of different bikes, including Salsa’s Big Mama (with 29 inch wheels) and Surly’s Pugsley (the kind of bike that Popeye would have ridden, with engorged 4 inch tires that roll easily over sand or ice). I also sampled hybrid, touring, and commuter bikes from Electra, Civia, Co-Motion and Brompton.

All of this left a huge grin on my face, and a little ache in my thighs, but the highlight had to be my ride from the demo headquarters to Hoover Dam and Lake Mead. 18 miles of red rock and blue sky. Long downhill and headwinds going. Long uphill and tailwinds coming back. (As a Zen master might put it, "very balanced conditions.") Bypassing RVs with ease on the crowded dam. All of it taking place on Masi’s excellent touring bike, the Speciale Randonneur, a supple and solid ride.

I have to admit a real ambivalence about coming to Las Vegas – probably a latent Calvinism, plus the dicey in-town riding conditions – but after doing demo days, and experiencing all these awesome bikes on such spectacular terrain, I think I’ll be returning with a quicker step next time."

It was great seeing you Jim and I appreciate the kind words on the bike. I'm even happier that you came out to Demo and had a good time and got to enjoy the riding. That Hoover dam ride is one of my favorites- it's a good ride and the climb back is actually pretty fun... even for a climb.

As always- it was great to see you and I look forward to having the chance to talk again in the future.