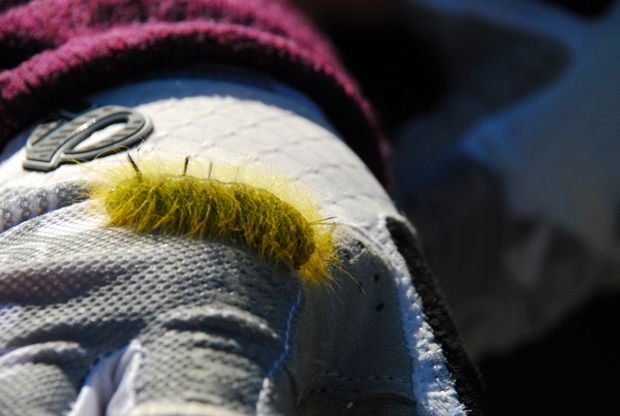 In your bike travels, what is the oddest critter or creature that has hitched a ride on your bike or in your panniers? My bike has transported all sorts of caterpillars, butterflies, amphibians, and insects for dozens, if not hundreds of miles.

I often wonder what the caterpillar thinks? Is he or she excited, or terrified? Do they wonder, "How the heck am I going to get home now?" or are they giddy with delight for having traveled so far on this foreign vehicle.

On two successive mornings in Cuba, there was a frog resting on my bike tire. Were they actually two similar frogs that happen to choose the exact same resting place on my bike, or was it the same frog who had stored away, who knows where, for the sixty miles we had cycled? 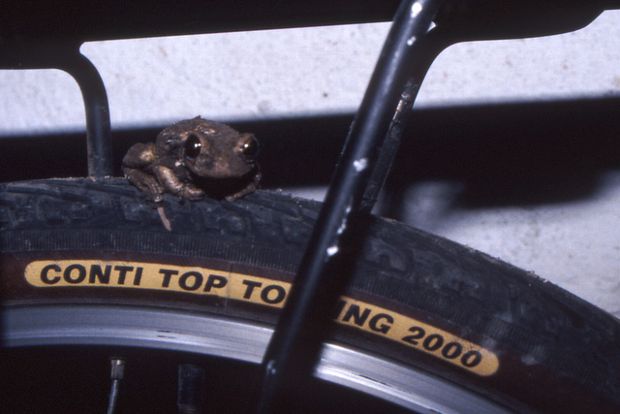 I have transported enough cockroaches from village to village, that my partner Kat now insists that all panniers remain tightly closed when not in use.

Anyone who has climbed a mountain pass in summer has experienced the large fly that decides it will accompany you on your journey, buzzing around your head, or repeatedly landing on your nose.

I like to imagine that these are little creatures who desire to live outside the norm. They are the ones that announce to their critter friends that they are off to see the world, to experience life beyond their pond or tree branch. Then they hitch a ride on a touring bike like a country kid heading for the big city with a dream and a guitar.

In reality, they are most likely after the salt in my sweat, or the crumbs in my panniers.  But I still prefer to see them as dreamers who grab hold of the opportunity to tag along for an adventure. 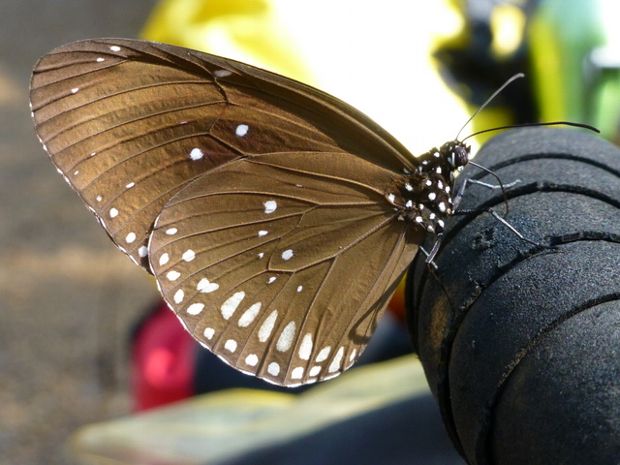