Highlights from the 2014 National Bike Summit 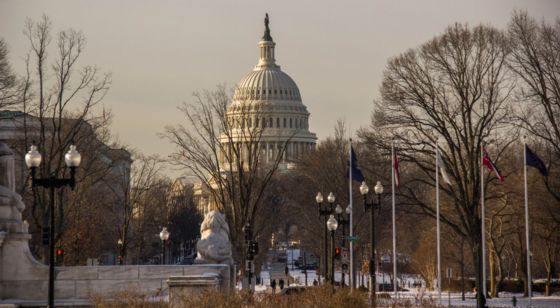 When I stepped off the plane in Washington DC, the Saturday before the National Bike Summit, I was a bright-eyed and bushy-tailed first-timer with many unanswered questions and expectations. What was DC like? Who would I meet at the Summit? What would the sessions and Congressional meetings be like? Would I get to try out my first Bikeshare? What were the best, most exotic restaurants? Food, like beer, is always a high priority on a cyclists’ to do list, and big-city culinary offerings were an exciting prospect for a small-town Montanan.

Many attendees had participated in the National Bike Summit multiple times, so they were well-acquainted with the event and its other long-time participants. As a newbie, everything was fresh and exciting — seeing women leaders talk about equity issues at the Women’s Forum, learning about the current bike/ped bills and how to lobby, hearing motivating stories of successful bike campaigns, and meeting all of the other inspiring attendees from around the country at the breaks and receptions. While I wasn’t able to attend everything of interest, here are a few of the highlights from my Summit experience: 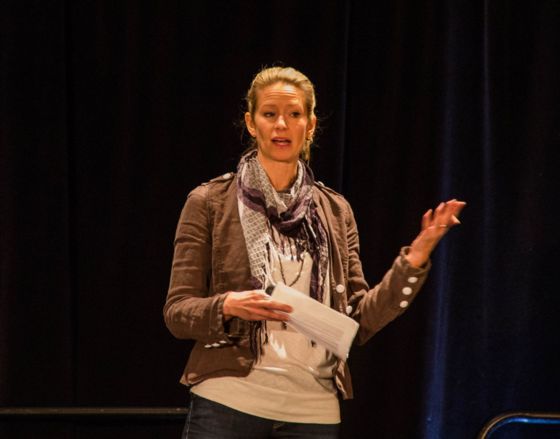 Shannon Galpin talks about her work with the women's cycling team in Afghanistan. 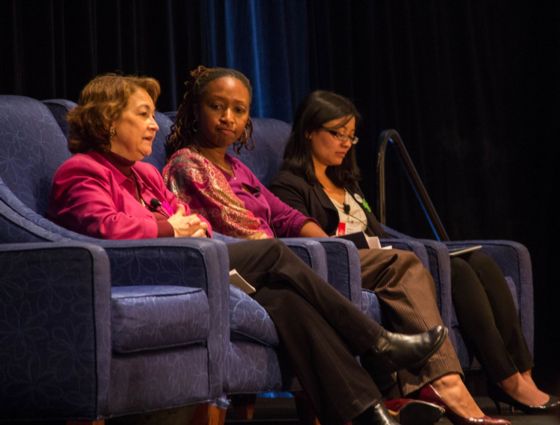 Terry O'Neil of the National Organization of Women talks with Lexer Quamie of The Leadership
Conference on Civil and Human Rights and Dorothy Le of Rutgers University.

As someone with an interest in social justice issues in general and women’s issues in particular, I was ready to be inspired by the Women’s Forum at the Summit, and it didn’t disappoint. The forum started off with a panel of women who shared their experiences, wisdom, and advice from their journeys in the cycling world. Kristin Gavin founded Gearing Up, a nonprofit to help women in transition use cycling as a way to normalize their lives. Nicole Freedman gave a hilarious talk about her experience as an Olympic cyclist and eventual shift to making Boston a better place to cycle with Boston Bikes. The common theme among these talks was building relationships and taking risks. “Do one thing every day that scares you,” “Do something unexpected,” “Start anywhere.” These women have certainly taken their own advice.

Nothing quite captures an audience’s attention like laughter, and Doug Gordon of Brooklyn Spoke and Aaron Naparstek of Streetsblog had everyone doubled over from the moment they ran in the room in their white Doctor coats. First responders to a “bikelash outbreak,” they listed off the symptoms of this terrible disease in a style typical of medication ads. After analyzing a case of bikelash against protected bike lanes in Park Slope, Brooklyn, they prescribed a cure — the “Yes … and …” cure, or changing the conversation through agreement. It was a brilliant mix of comedy and intellectual discussion.

In the midst of Tuesday’s sessions, Ginny and I snuck away to the second Amtrak Bike Task Force meeting, and I was able to meet in person many of the names I’d heard in the months leading up to the task force formation. Debbi Stone-Wulf of Amtrak led the meeting (and presented about the project on a later Summit panel), and there was some great discussion around the process of choosing pilot projects for roll-on service. The group will reconvene to discuss some of the challenges from Amtrak’s end and make their final decisions on where and when to initiate pilot projects. 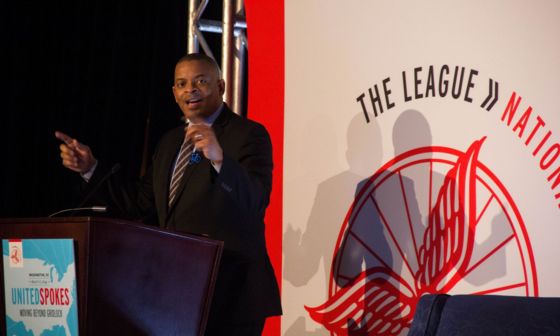 Secretary of the U.S. Department of Transportation Anthony Foxx started his plenary speech with a shout out to his predecessor, Ray LaHood — “I’ve got some big shoes to fill.” He acknowledged the rise in pedestrian and cyclist deaths as overall crash fatalities are decreasing, and shared his own experience being hit by a car. Foxx spoke of increasing access to safe places to bicycle as an issue of equality and “making sure that when someone’s only or best option to get to work is a bike, that they have an option to ride it, and ride it in safety.” He clearly gets it, and we’re hoping he proves LaHood’s shoes to be a perfect fit.

Whew! It was a full day of meetings on Capitol Hill and elsewhere and my first introduction to lobbying. At the Montana Coffee Hour, we had the chance to meet Senator Tester, Representative Daines, and our newest Senator Walsh. It was just enough time to grab coffee, have a few quick conversations, and snap some photos. Then off to the scheduled meetings with their staffers, where we spoke to them about the demand for biking and walking trails and infrastructure in Montana and urged them to co-sponsor the three bike/ped safety bills. With in-between meetings with the National Park Service and the Federal Highways Administration, by the end of the day my head was spinning but I had a better idea of what lobbying was all about. Just in time to catch the final reception and swap stories with fellow cyclists at the after party. 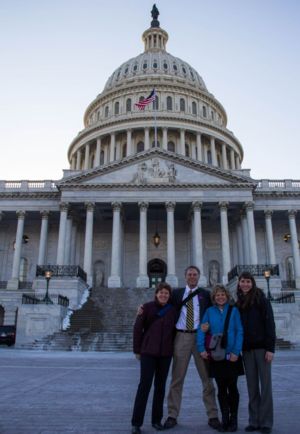 The Montana delegation representing Adventure Cycling and Bike Walk Montana in front of the Capitol.

It’s not a real Bike Summit without a bike ride and after sitting underground for two days I was ready to get onto a saddle and breathe some fresh air. Capital Bikeshare proved to be a faster way of getting around than the metro in some cases, and with so many bike stations nearby, it was a breeze to use. The bikes felt more like mini mopeds with pedals and were somewhat unwieldy, but felt solid and safe. Our route didn’t take us through downtown, so I wasn’t able to test out some of the bicycle facilities that have made DC one of the major cycling meccas of the U.S. I didn’t get to do and see everything I would’ve liked in DC, but it leaves more to anticipate for next year’s Summit!