During the Build it. Bike it. Be a Part of it. campaign we're highlighting ways that cycle tourism generated by the growing U.S. Bicycle Route System positively impacts local economies. Thanks to our wonderful members, so far the campaign has raised $68,610 towards our $125,000 goal. Help us reach our campaign goal by donating today.

Today, your donation will be matched 2:1 by an anonymous donor and up to $1000 by Team Estrogen, meaning your gift will go three times as far! We’re also giving away some neat Velo Orange Grand Cru pedals. Anyone who donates any amount today, May 29th by 5:30 pm MST will be entered to win these pedals. Team Estrogen is an Adventure Cycling Corporate Member. 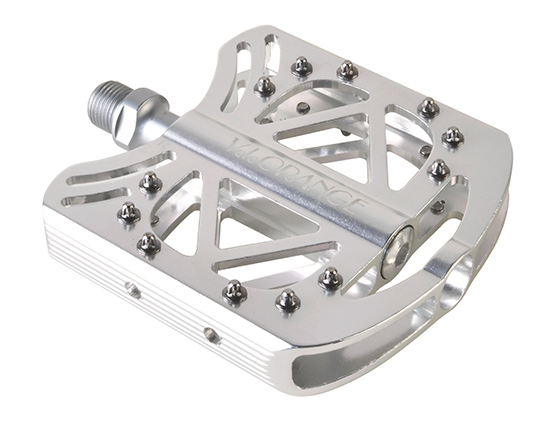 As you may have also learned earlier this week, we’re giving away a Bike Tours Direct bike tour to one lucky donor! Anyone who donates $25 or more today through Tuesday, June 10th will be entered to win a spot on a Danube Bike Path 7-day bike tour with Bike Tours Direct, another one of Adventure Cycling's Corporate Members.

And remember that when you donate $50 or more throughout the month of May, you’ll also be entered to win a Raleigh Sojourn touring bike. That’s a lot of chances to win!

Thank you for helping us build the U.S. Bicycle Route System. Fun and adventure await you in your own back yard!