Game of Thorns: Punctures are Coming 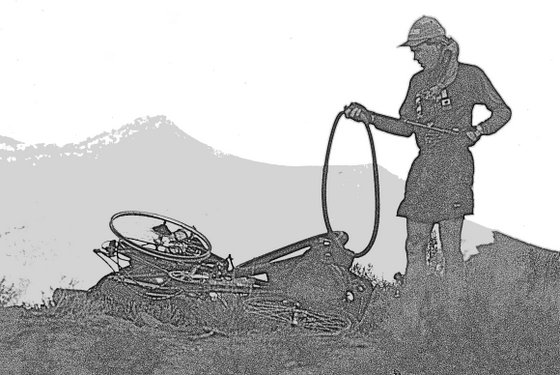 Sixteen flats! I hope that’s a record I never break. It was my first cross-country bike trip and twice, while in Oregon, I emerged from my tent to discover both my tires were flat. The culprit was Tribulus terrestris, otherwise known as goat’s-head, but better named as devil’s-weed. The burs are hard to see and diabolically designed to always land spines up. It’s not native to Oregon, and unfortunately, you can cycle across these flat-makers in Europe, Asia, and Africa as well.

Lucky for us, bike tires have come a long way since the 70s. With some of the Kevlar belted touring tires out now, you could pedal through an entire valley littered with goat’s-head, and just keep on pedaling. 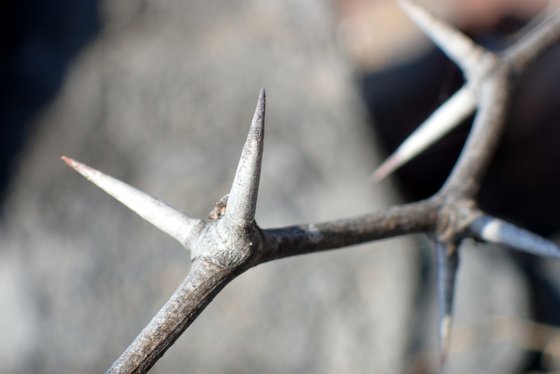 But I recently came upon a thorn that I would avoid with even the beefiest of tires. Prosopis pallida is a type of mesquite tree. It’s native to South America, but like devil’s-weed, it gets around and you’ll find it all over the dry side of the Big Island of Hawaii, where it is known as kiawe. The thorns on some branches are as big as your little finger. 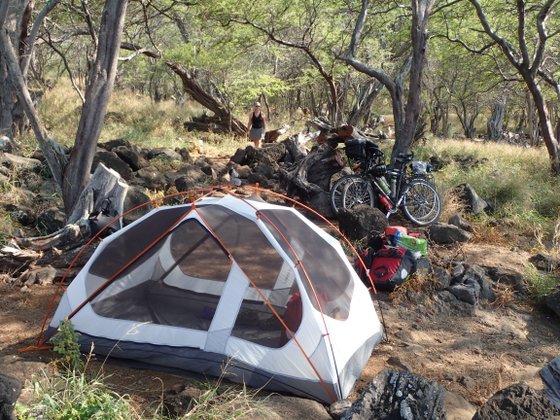 If you’re camped in the shade by the ocean in Hawaii, you’ll most likely be under a kiawe tree. Luckily, cyclists can easily spot kiawe thorns, being so large, but let your mind wander a bit or get distracted by humpback whales swimming off the coast, and BAAM! Time to get out the patch kit.

But fixing a flat is a small price to pay. What you don’t want to do is wander around your campsite in a cheap pair of flip-flops. The pain is tremendous ... not that I’d know from personal experience.