In the past week, I was blessed with the opportunity to spend some days sunning on my Bike Friday in the warmth of the Florida sun, away from my office in Missoula, Montana. Although large group rides are not a style of touring I am interested in, I took a risk and joined Bubba Fest with my partner, Shawn. I was pleasantly surprised by the experience. 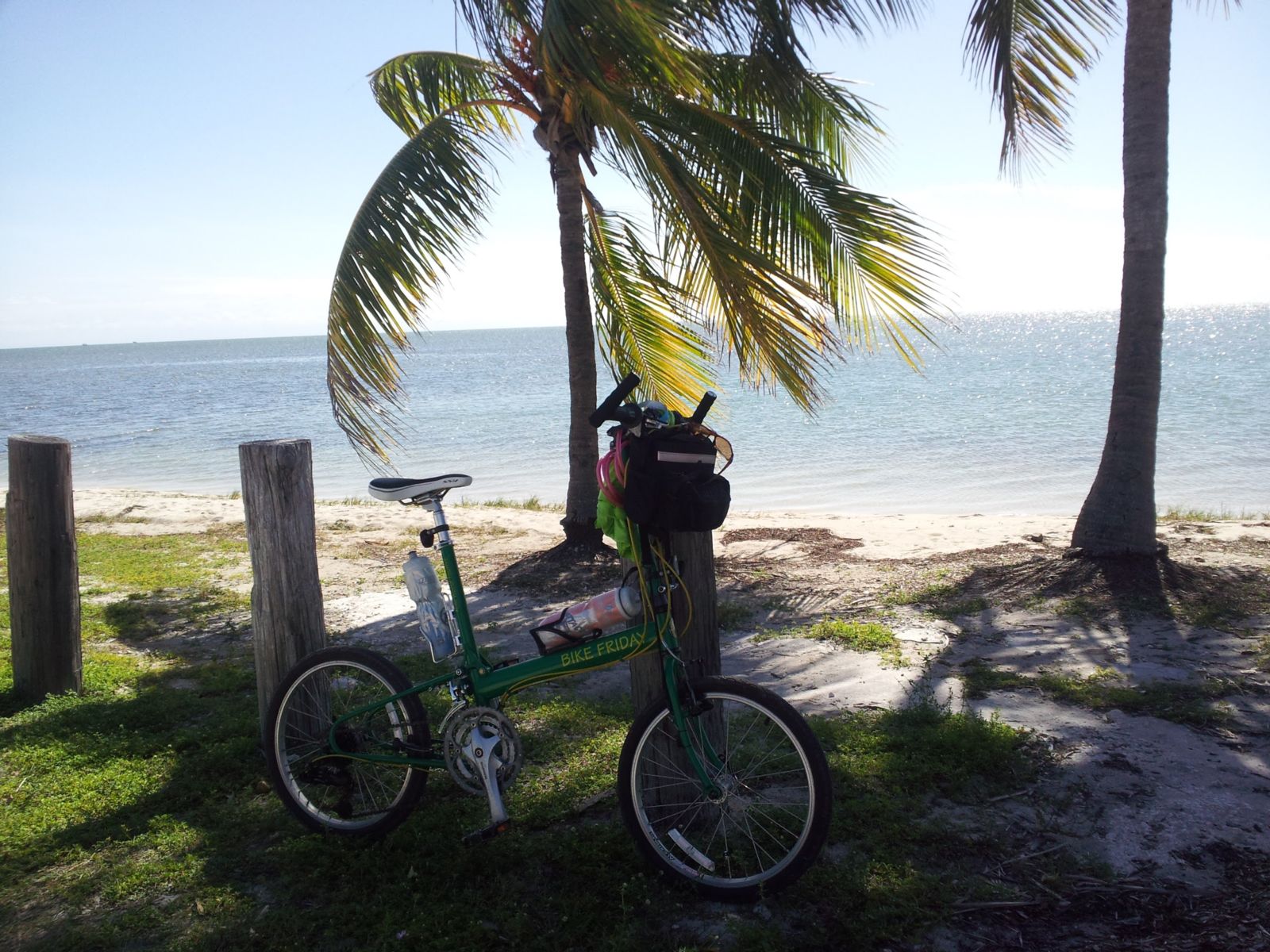 Bubba puts on a party on wheels. The ride days and miles are light. We rode every other day with a maximum of 53 miles for a given day. We had a tailwind in a southerly direction that averaged almost 20 MPH. I think I pedaled, I just can’t remember when! There were two days off in Key West before we began the journey back north. 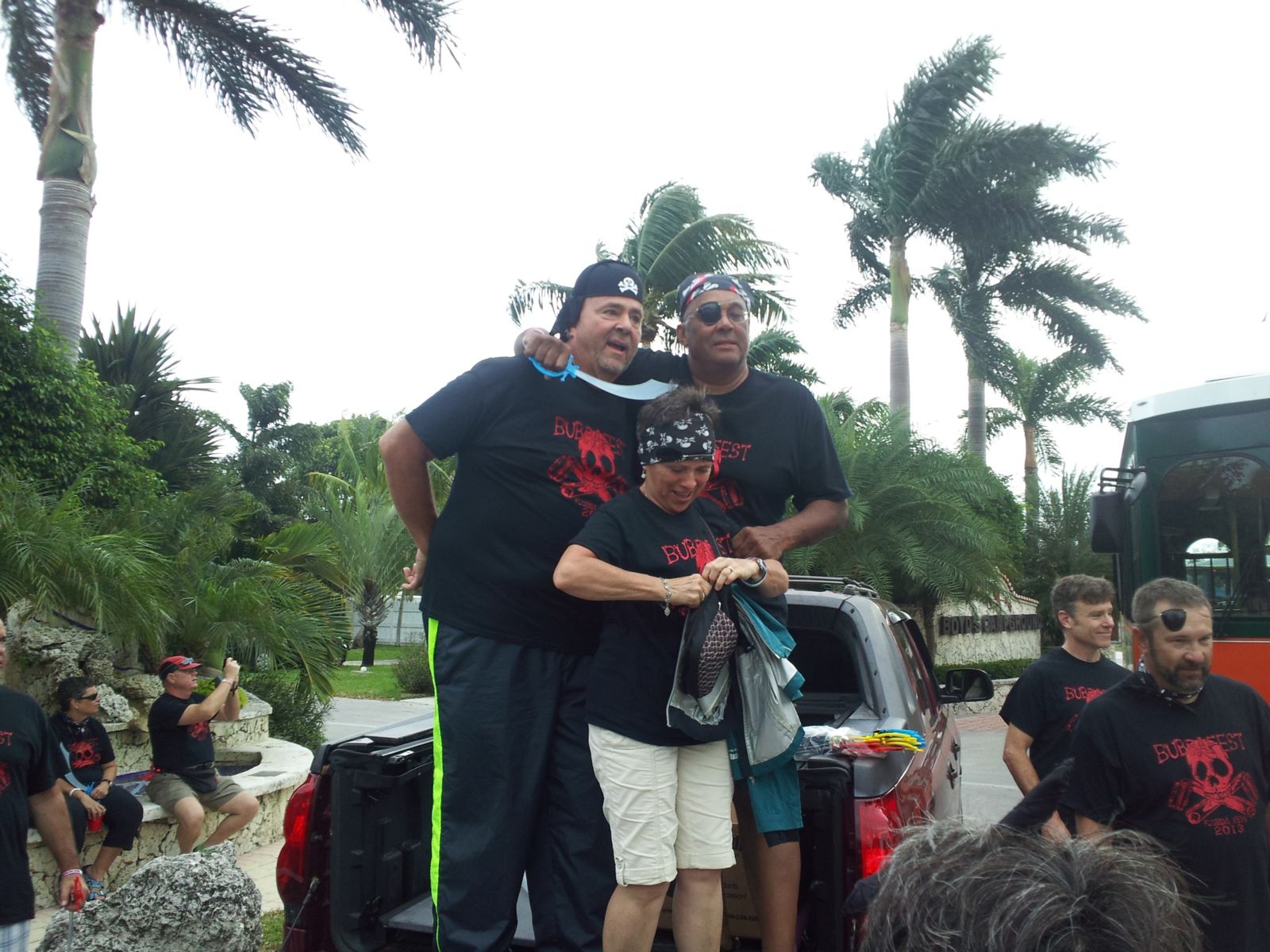 I give lots of kudos to Bubba for getting 250 people to dress up like pirates with t-shirts, eye patches, bandanas, and plastic swords before heading into Key West from the campground. We boarded trolleys that took us for a historic tour of the city while we waved our swords and loudly gave the traditional pirate cry of “Arrrr” at nearly every pedestrian along the route. It was definitely a highlight of my tour experience. 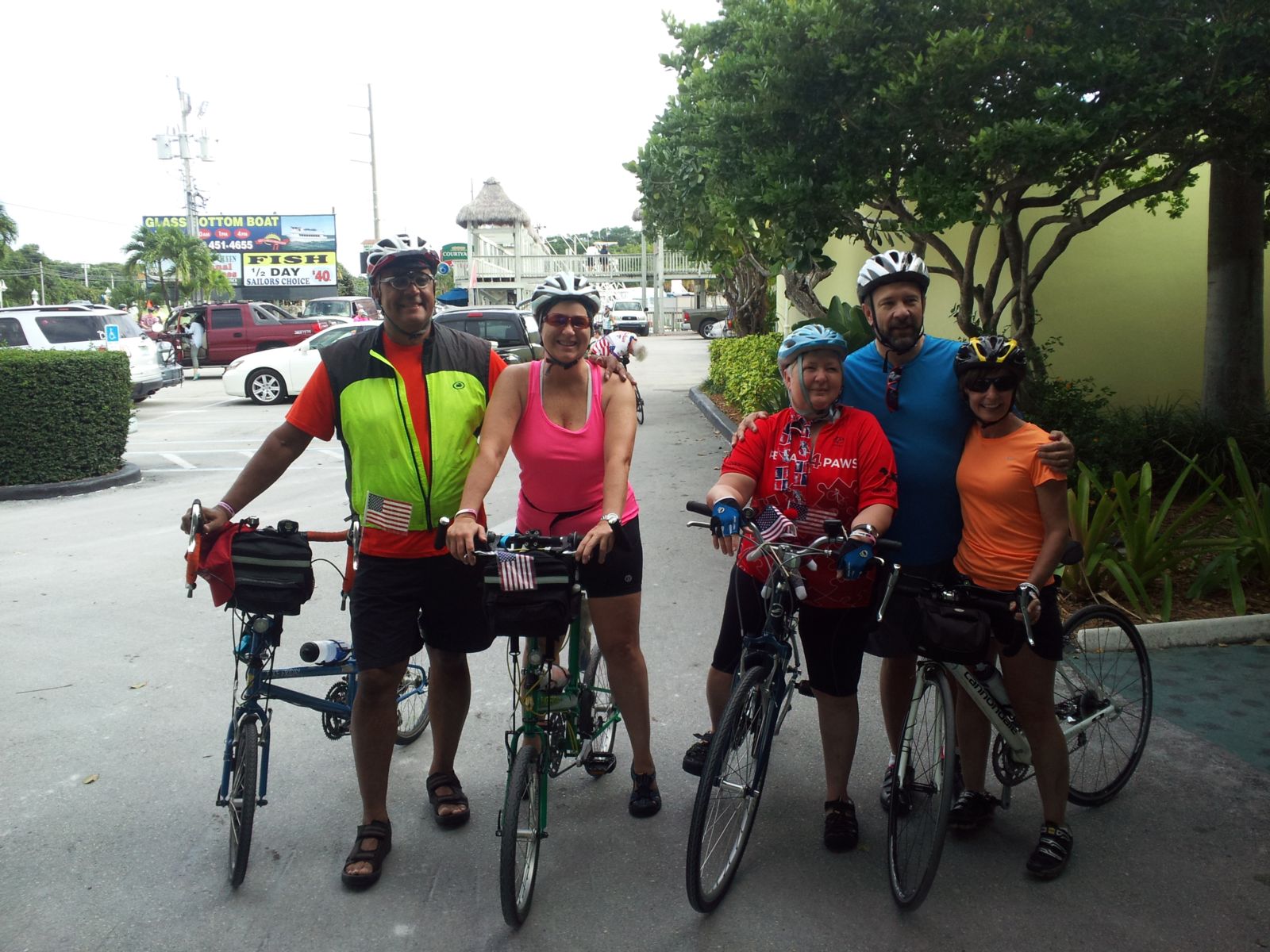 Another surprise for me was the friends that I unexpectedly met on this tour. I should have anticipated a friendly coincidence since it seems to happen during every tour that I am on, but I am pleased when events come together out of my control. In addition to getting to know my friend Margie’s partner Don and having the pleasure of riding with Joyce, a woman I met on Bubba’s cross-country tour while I was in Texas last spring, I vaguely recognized another participant in the crowd but could not place where I had met him before.

After sharing some friendly conversation, we realized that John and I had worked an Adventure Cycling tour in Vermont together as staff more than six years ago. It was great catching up on old times, events, and our current lives. 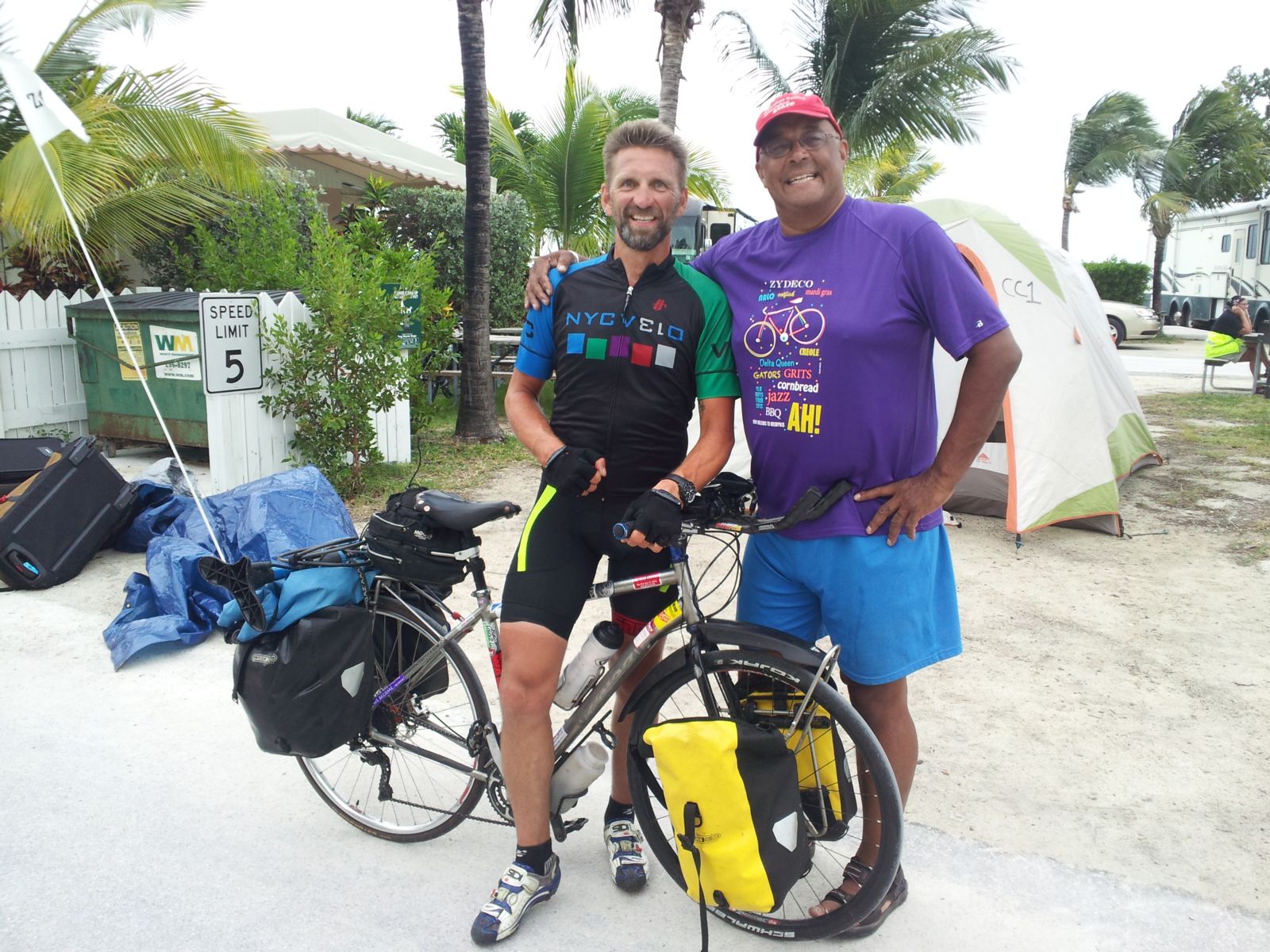 The most amazing experience occurred on my ride from Marathon to Key West. I was hammering down the bike path with the tailwind I mentioned earlier when I heard a voice from behind say "is that Arlen Hall?" I turned to my left and there was Henny, from the Netherlands. He said that he saw a tiny bike with a big man on it. The last time he saw something like that it had been Arlen Hall, so he took a chance and shouted out. He was fully loaded, riding from Vancouver, BC, to Montreal, QC, to Key West, when we met along the trail. I last saw Henny in Alaska in 2012 when we rode together on Adventure Cycling’s Denali Adventure. I frequently saw Henny making coffee on his stove with water from a local stream on the side of the Denali Highway. 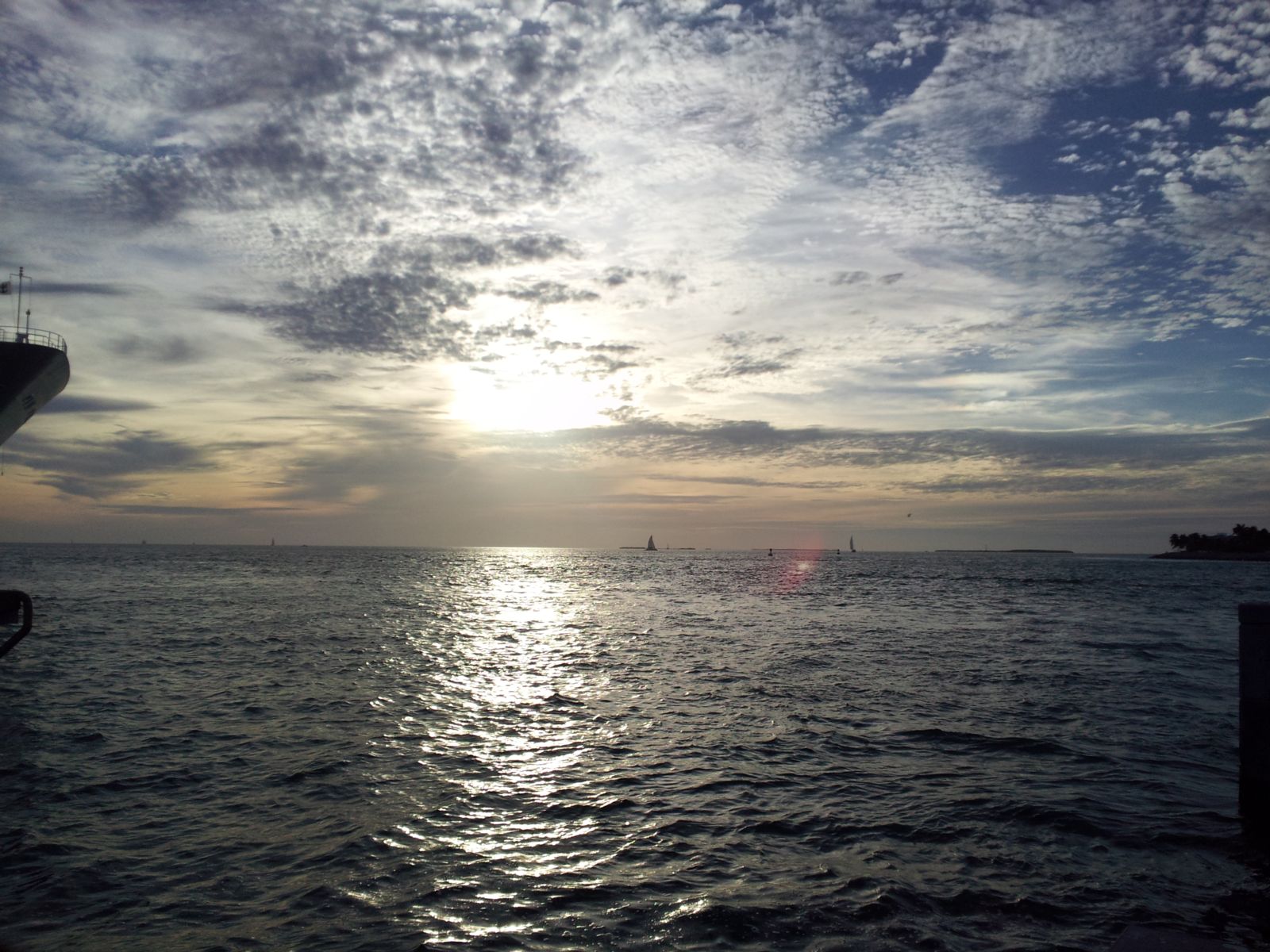 That is what I love most about cycling — the people you meet along the way. It may not be Bubba Fest, but Adventure Cycling has awesome tours in the Florida Keys and the Florida Gulf Coast in 2014. I know. I have ridden the routes and met the people . Check them out! It’s all good!

ON THE ROAD is written by the tours team — Lydia, Darrah, Mike, Mandy, and Arlen — tours specialists and intrepid bicyclists, covering all things related to the Adventure Cycling tours department. Check out our 2014 Guided Tours today!