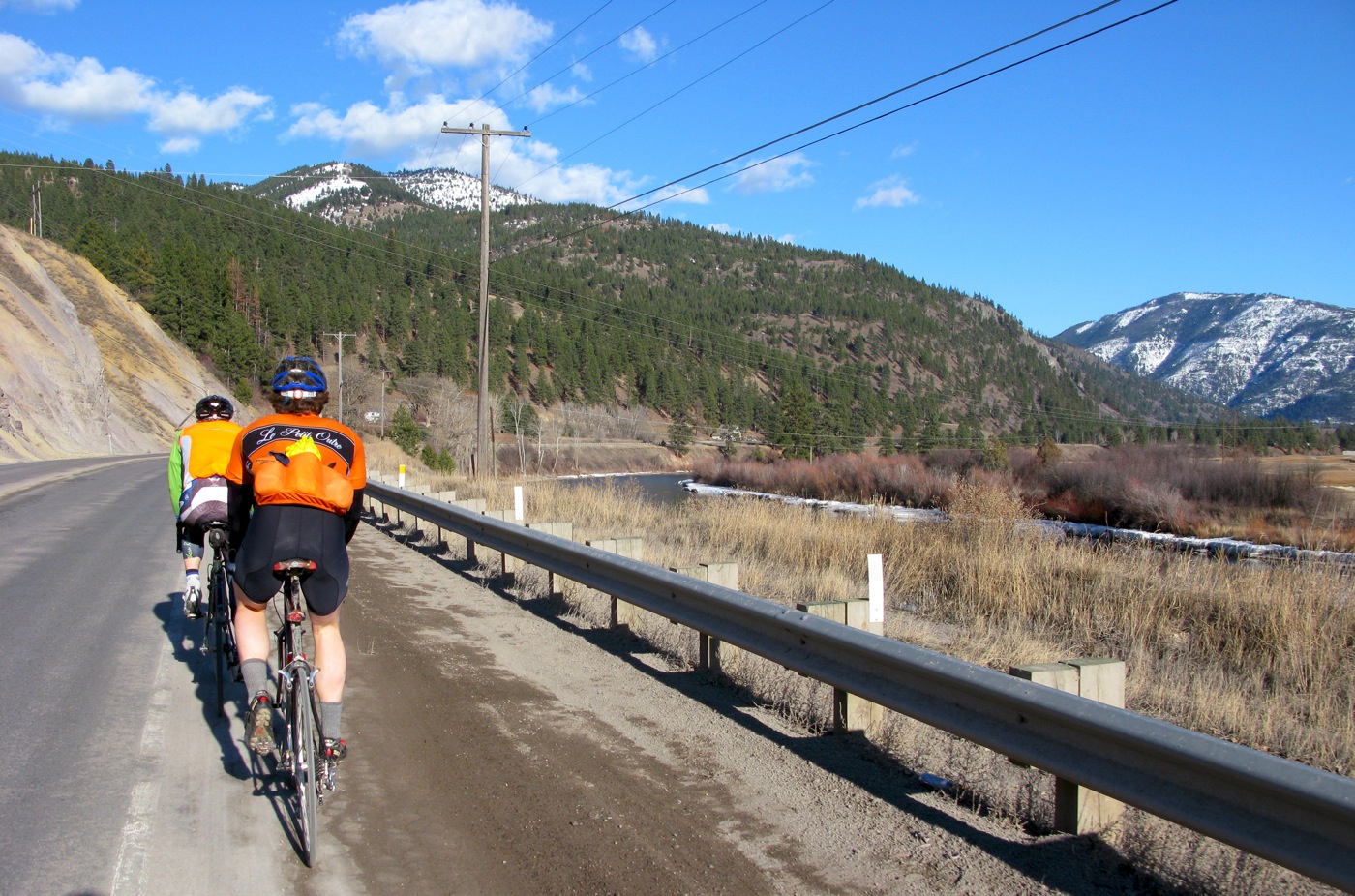 With spring right around the corner, and the daylight hours increasing, it's an exciting time for cyclists looking forward to putting in some miles. However, the early spring season can be a challenging time to ride as far as flat tires are concerned, especially in the northern climes. There's a lot of gravel, glass, and miscellaneous debris on the road that gets covered up by snow through the winter, only to rear its ugly head as the snow melts. On top of this, the conditions are often damp, and road debris tends to stick to bicycle tires better when the tires are wet. So, making sure you have a good barrier between the surface of your tire and the air inside your tube can be very important.

Here are some ways you can reduce the risk of flats this spring, giving you more time to enjoy the ride.

Sturdy tires: Touring cyclists are in luck here, as most touring tires have an extra layer of puncture protection underneath the tire tread. In some cases, the puncture strip under the tread is brightly colored, so if you start to notice it poking out, it's definitely time to look for some new tires.

Tube sealant: There are a few types of sealant you can put in your tubes, the most popular options coming from Slime. If you do puncture, the sealant will be drawn to the air as its released from your tube, and either clog the hole or reduce the speed of the air leak, depending in the severity of the puncture.

Thorn resistant tubes: I got hooked on these while riding in New Mexico and Arizona, and have been a big fan of them ever since. They are simply very thick tubes that stand up very well to thorns and glass. They are on the heavy side, and fairly bulky, so they can sometimes be a little more difficult to install, depending on the tire and rim you have, but they perform well.

Tire liners: Mr. Tuffy is a common tire liner choice. It's simply a strong but pliable piece of material that goes between your tube and your tire. Like thorn resistance tubes, they add some bulk beneath the tire, making it a little more difficult to mount the tire, but they do the trick.

With any of these options, it is still important to keep an eye on the overall condition of your tire. Large gashes that break through the tire casing, and cracks in the sidewall, are two things to watch for. As for general wear, if you feel the top of the tire becoming 'squared off,' it may be approaching the end of its life. Also, if you hang your bike up for an extended period of time, it's a good idea to let some air out of the tires, which will help prevent them from drying out and cracking.