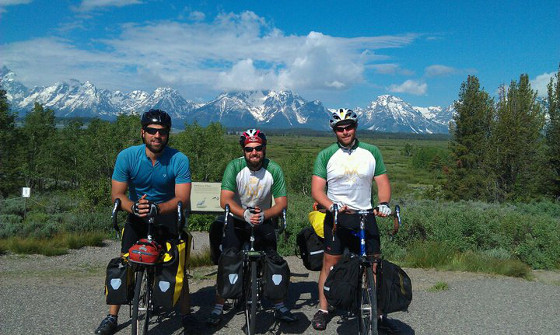 One of the greatest aspects of this job is seeing motivation walk through the door all summer long and when you least expect it. The hordes of traveling cyclists that visit our office to grab ice cream, use the internet, get a tour of the office, and share stories from the road serve as constant inspiration to relentlessly work to complete designated interstate cycling routes across the country. Last week Adventure Cycling’s TransAm van-supported tour came through the office. Let me qualify my next statment by saying it is always inspiring to meet traveling cyclists. But I must admit, I am especially motivated when I meet TransAm’ers. 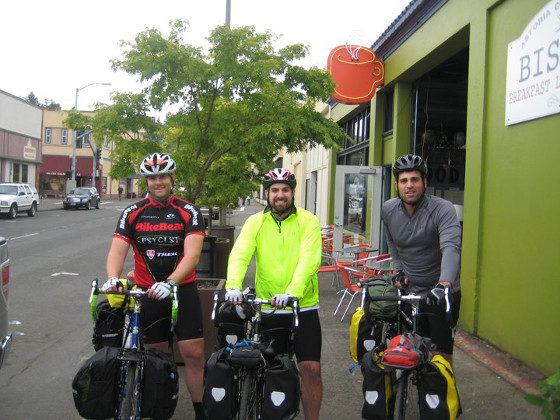 Two summers ago on a foggy Oregon Coast morning, two of my business school classmates and I nervously clutched our bikes and watched as my girlfriend pulled away in the rental truck. It was surreal watching the truck turn a corner and disappear. Left with nothing more than our bikes and gear, we were bound across the country on the TransAmerica Trail.

The following two months were simply nothing less than the experience of a lifetime. Thru-Hikers on the Appalachian Trail have a tradition that they refer to as trail magic: a term used to explain the vast generosity shown to hikers as they trek the length of the AT.  It’s no different on long distance cycling routes. I was lucky to meet perhaps the greatest magician on any long distance trail, the Afton Mountain Cookie Lady. But the magic didn’t end there. 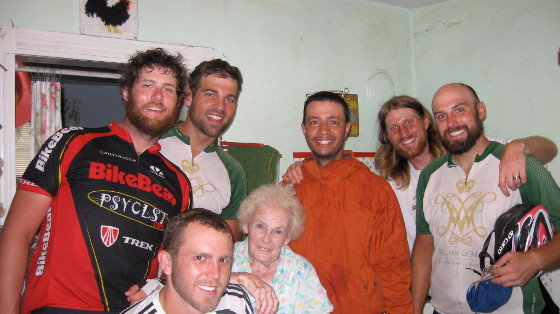 Between being taken in by the owners of Barley’s Browns Brewpub in Baker City, Oregon, a must stop on the TransAm, getting treated to oatmeal raisin cookies by a fellow traveling cyclist, discovering my future hometown of Missoula, being given water by motorists during the blistering heat of the plains, and getting invited to sleep in homes, churches, firehouses, and stores all over the country, I realized by the time I rolled into Yorktown that I am in a lifetime of debt to the people along the TransAm. 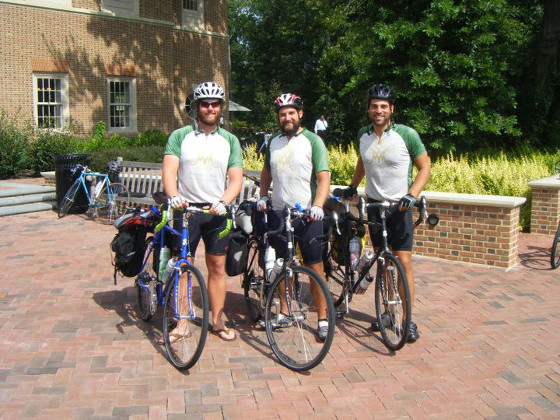 This, by no small means, is one of the reasons I came on board to help build the U.S. Bicycle Route System. These routes tend to bring out the best in people and highlight the overall kindness of Americans. Each traveling cyclist that walks through our doors reminds me of my own experience and why this work is so important. It’s hard to become complacent with motivation like that. So if you happen to be heading through the Big Sky State, make sure you stop in and tell us why the U.S. Bicycle Route System is important to you.