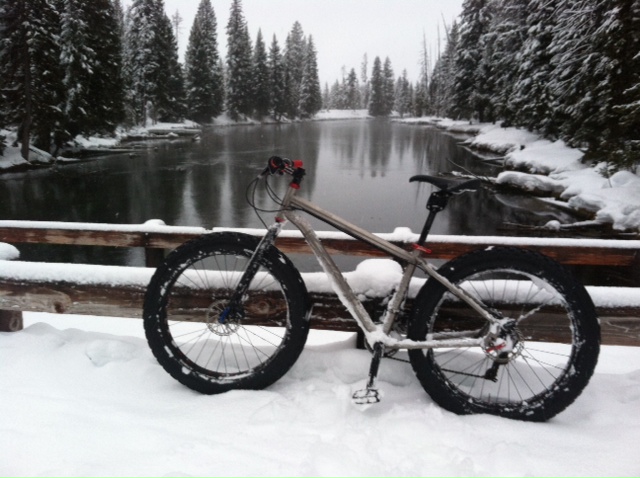 For the second year running, Adventure Cycling Association is celebrating Fat Bike February. You can join in the fun on Instagram, here on our blog, and over on our Facebook page.

The gist of this post, written after the blogger, Loki, participated in the 2014 Global Fat Bike Summit in Utah, is that snow riding is no longer the closely held secret of a few in-the-know cyclists. “Winter cycling has always been the trade of pirates," Loki writes. "Those who can endure the cold and the conditions to glean that awesome adventure where nobody else on a bike was treading. … Enter the dawn of the Fat Bike. This has opened up even more spots I could go in the right conditions and even some in the wrong conditions. Man what a joy, especially in winter-challenged Minnesota these days. All that said, this is the winter that the hammer dropped and it has dropped hard. With the explosion in winter ridership, the places that were once ideal spots to poach unnoticed are now noticed, even regulated. Don't get me wrong, this is not another rant on too many unwashed, un-anointed new Fat Bikers. I love the fact that people are getting out; the fact is, though, that after nearly a decade of living in the shadows and the darkness we are finally having fingers pointed at us.”

That's right, as a relatively new use of our recreational lands, fat biking is going through growing pains not unlike those felt by mountain biking when that sport burst onto the scene around 1980. This fact is underscored in a short piece from TwinCities.com titled “Bikes may not be allowed on Wisconsin snowmobile trails."

Yet in western Wyoming, “Grand Targhee Resort is the first ski resort in the United States to embrace and endorse fat bikes, aka snow biking, on our Nordic trails. Bikers who purchase a Nordic Day Ticket or a Nordic Season Pass will have access to ride on the Grand Targhee Resort Nordic Trail System.” 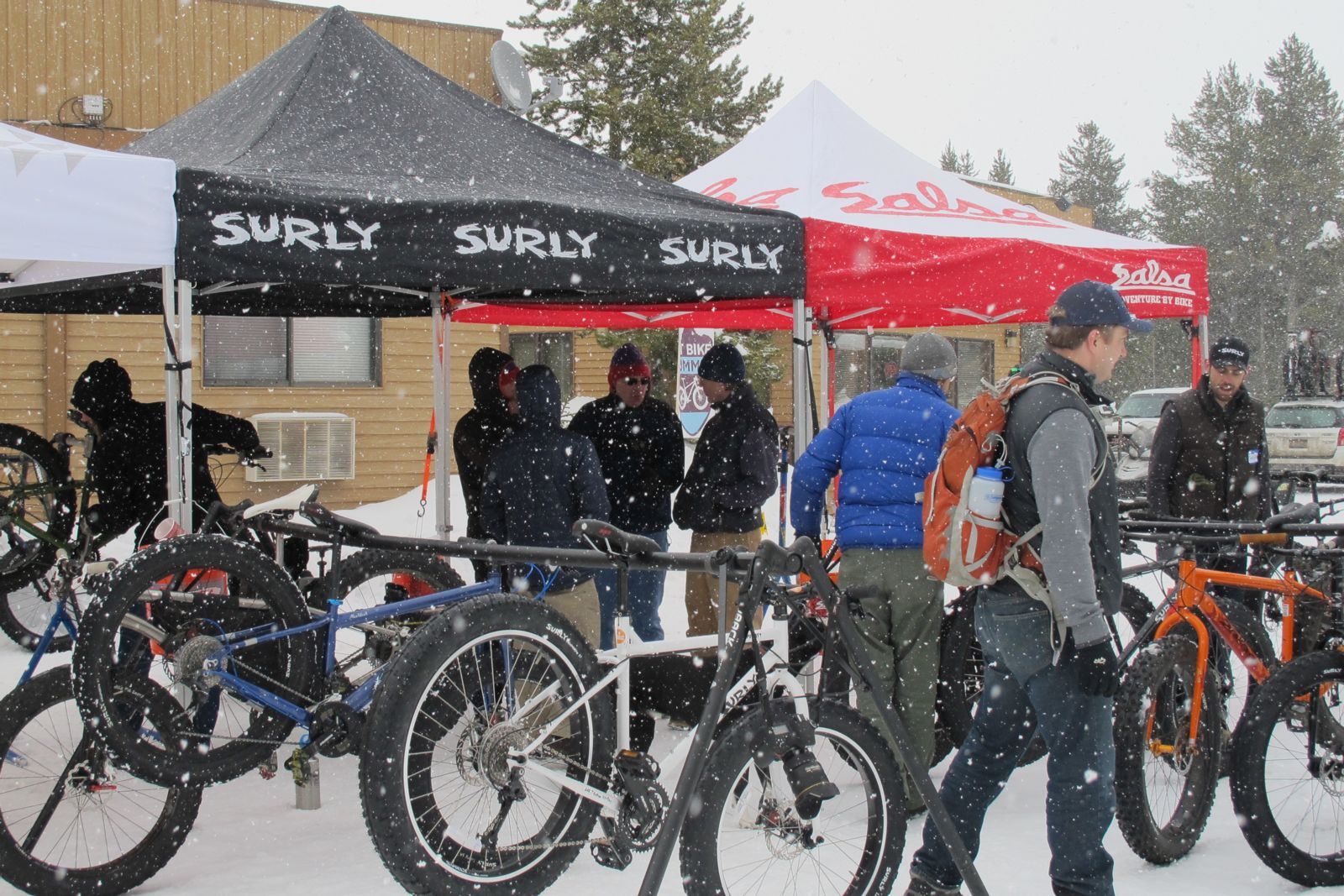 Here are some more bits & pieces and field reports:

Check out the Facebook page of Colorado Fat Bike, which has received more than 1,000 likes.

This from northwest Montana, where “once you take a ride on the Whitefish Trail during the winter months it’s easy see why this new activity is so popular.”

And from Boise, Idaho, where the writer explains that "they’re known as 'fat bikes,' rather than 'fat tire' bikes, which was an early nickname for all mountain bikes.”

Likewise from Steamboat Springs, Colorado, where the “popularity of fat bikes extends the season for cyclists.”

From Alaska, where “Fat bike enterprises gain traction in Anchorage.”

And what could be more fun, and more Minnesota – even though this post is from Massachusetts – than combining fat biking and ice fishing? 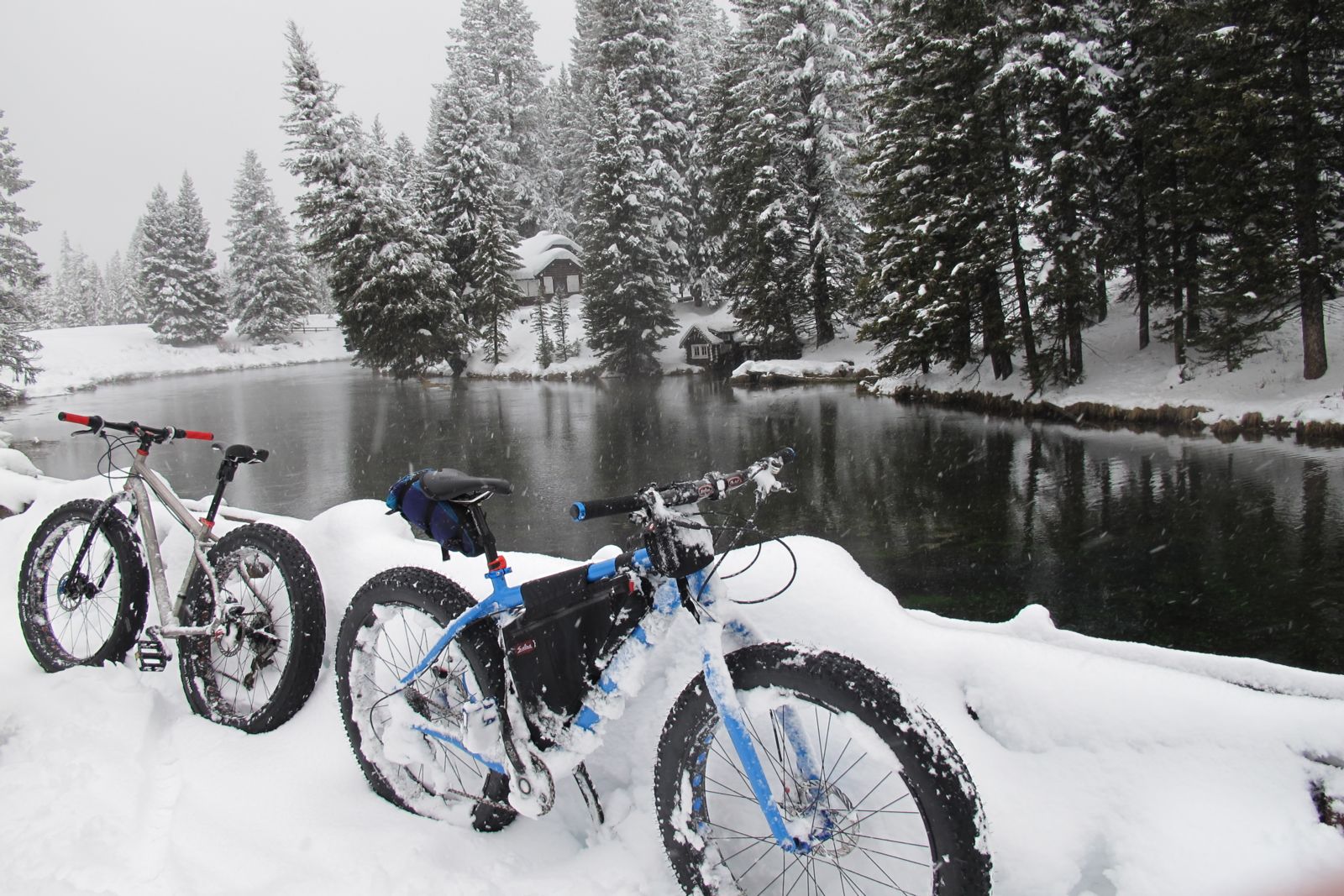 This new breed of bicycle featuring oversized tires is not just for the snow.

It's also for the beach …

… for riding on snowless trails …

… and for touring! Even the most dyed-in-the-wool Adventure Cycling member could not argue with this. So come on, join in and help us celebrate Fat Bike February!!!