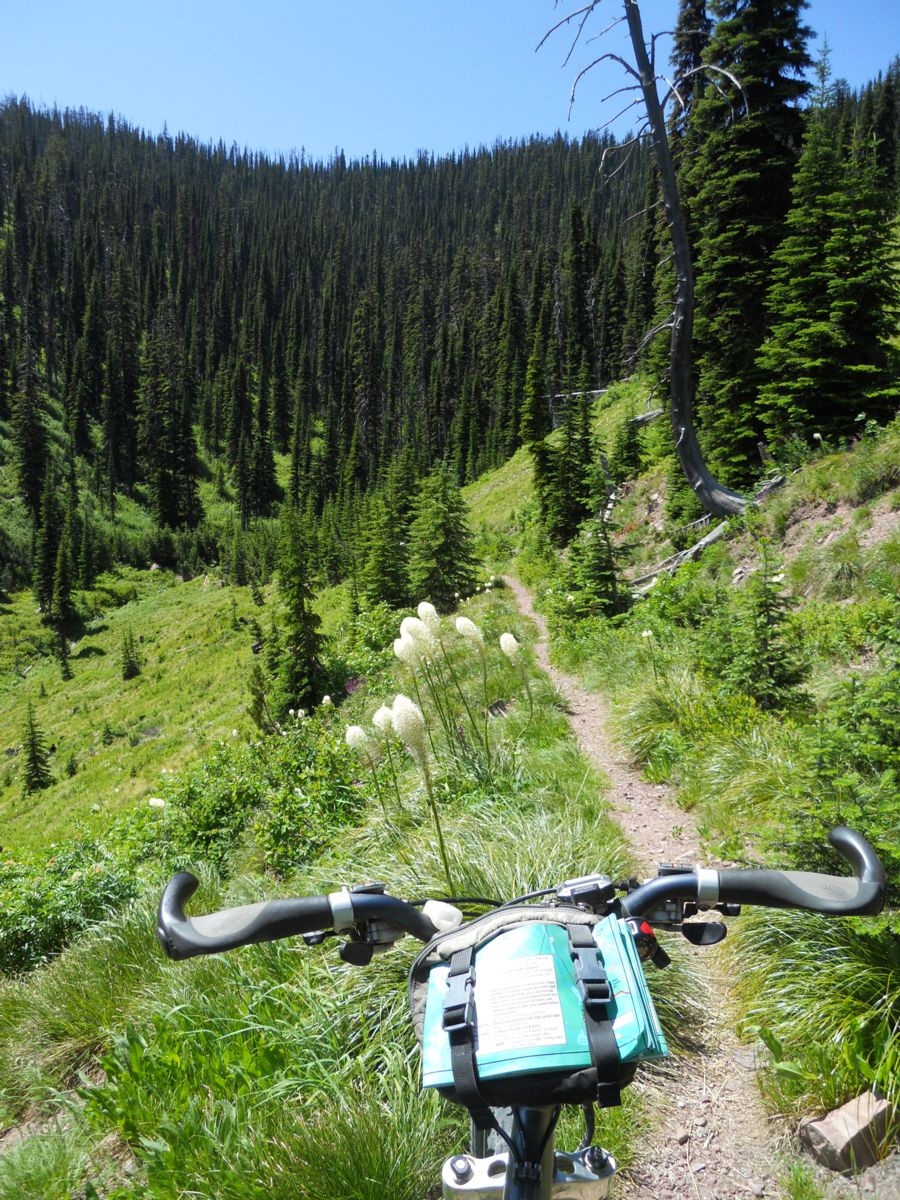 One of the projects I’ve been toiling away on in the non-Adventure Cycling half of my work life is a sixth-edition rewrite of the Insiders’ Guide to Glacier National Park (the book also encompasses the greater Flathead Valley and surroundings). I’m not the original author, but the Globe Pequot Press asked if I’d be interested in doing the revision after the book’s original writers opted out.

Most of my research visits for the update have been virtual, although I have spent a lot of time over the years in Glacier Park, the valley of the North Fork of the Flathead, the main Flathead Valley, and other parts of the region. As I dream myself back to these and other places for the book revision, what I most vividly recall is the great bicycling Glacier Country offers.

Way back in the mid-1980s, Bikecentennial (it was before the name change to Adventure Cycling) offered its first-ever mountain bike trip. It took place in the North Fork, where we based out of the North Fork Hostel in Polebridge. My wife and myself — I was the Tours Director at the time — led the trip, which visited sites like spectacular Kintla Lake and the refurbished 1922 Hornet Lookout.

Then, of course, the Great Divide Mountain Bike Route passes through the heart of the Flathead, going from north of Whitefish to Columbia Falls and on south down rural back roads to Swan River and Ferndale, from which point it climbs high above Swan Lake into the Flathead National Forest.

The area dishes up great road riding, too. Some of my favorites (although it’s often windy over there) are east of the Continental Divide on the Blackfeet Indian Reservation.

Then there’s Going-to-the-Sun Road in Glacier National Park, which IMHO should be on every serious cyclist’s “to-ride” list. It was the subject of a popular poster that Bikecentennial commissioned Missoula artist Monte Dolack to create in 1987. The stunning poster, which celebrates both the historic road and bicycle travel, was used as a premium for contributors and as a sales item.

The rides I mention barely scratch the surface of Glacier Country cycling. The place to go for route information, either in person or on the Internet, is Glacier Cyclery in Whitefish, owned and operated by Adventure Cycling’s longtime friends Ron and Jan Brunk.

The day I rode Going-To-The-Sun remains one of my most memorable days on a bike. Beautiful country and outstanding riding. And I still have that poster up in my room. Makes me consider a detour to the north if I follow through on going transamerica in 2013.