Don't Let the Can Get You Down! Get Yourself a Beer Growler Pannier

Does this sound like your bike overnight packing list, not necessarily in that order? Then you might be familiar with the dilemma of how to pack the beer. It would be a shame to limit yourself to canned beer in the golden era of the local microbreweries. Today, one lucky winner will bring home a beer pannier featuring Jim aka Bike Hermit of Bike Touring News and a brauler (stainless steel growler) with a neoprene sleeve from BikeFlights.com. Now all you have to do is decide which beer to fill it with. 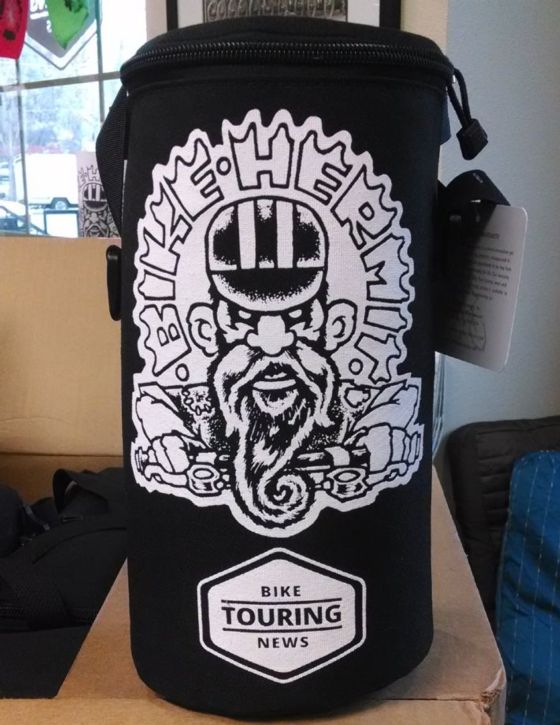 Let the Bike Hermit guard and protect your beer 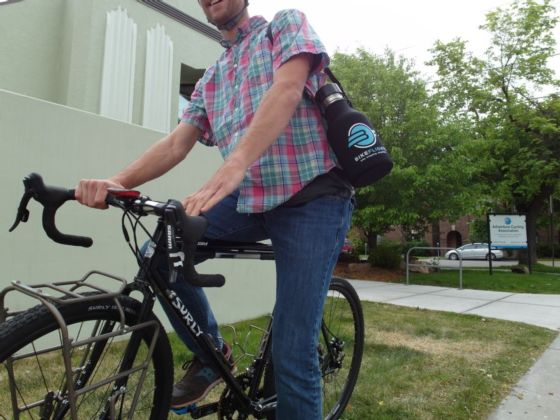 The Brauler aka The Man Purse

How do I win this bonanza of beer and bike gear you ask? Donate to the Build It. Bike It. Be Part of It. campaign by midnight MST. We’ll draw one lucky winner for the beer goodies and then draw a weekly winner for a $150 Sierra Trading Post gift card. Come end of the month we’ll raffle off a Giant Revolt 1 bike and a 7-day Danube Bike Path tour. $25 or more puts you in the tour raffle, $50 or more puts you in both the bike and the tour raffle. 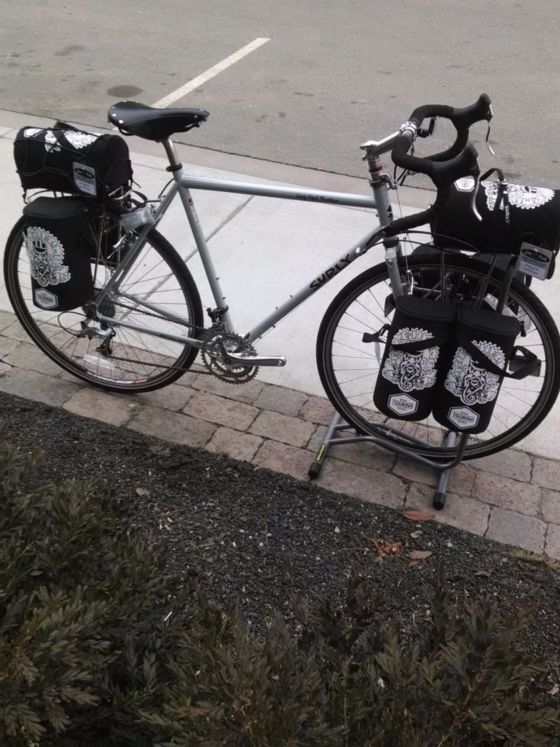 I'm following this guy to the party

Leave us a comment and tell us what you would put in this brauler-pannier combo.

Paniers are great - but why make them black???? To easier hit you accidentally. I know this seems to be sore subject, but I simply don't get it.

Perfect! I bike the Paul Bunyan Trail and with the growler pannier I can stop at the Gull Dam Brewery on the way home!

I would ride to my favorite local micro brewery, St. Boniface in Ephrata, PA. About a 15 mile ride. And growlers are great with their famous $7 fills!!

Oh, this would be perfect for our new favorite adventures....brewery tours by bike!!!