In 2000, about two years after all of the maps for the Great Divide Mountain Bike Route had been printed, in partnership with The Mountaineers Books of Seattle, we published a guide to the route with possibly the longest book title ever: Cycling the Great Divide: From Canada to Mexico on America's Premier Long-Distance Mountain Bike Route. The book divided the route, which went from Port of Roosville, Montana/British Columbia, to Antelope Wells, New Mexico, a distance of 2,490 miles, into 61 suggested riding days.

In the intervening years since the original was published, we've done only one revision to the book, in 2007. We also added a hefty new stretch to the route in Canada, beginning in Banff, Alberta, and winding down to Roosville. The southern half of that routing, now known as the "Fernie Alternate," was relatively tame compared to much of the route in the U.S. and Canada, so a couple of years ago, we added 116 new miles to the Canada route through the Flathead area, an addition pioneered by Tour Divide race organizer Matthew Lee.

When announcing the major route change in British Columbia, Routes and Mapping Director Carla Majernik had this to say: “The Flathead is the last major valley in southern Canada to be completely uninhabited. The new routing fits perfectly with the spirit of the rest of the Great Divide route — challenging and remote.” 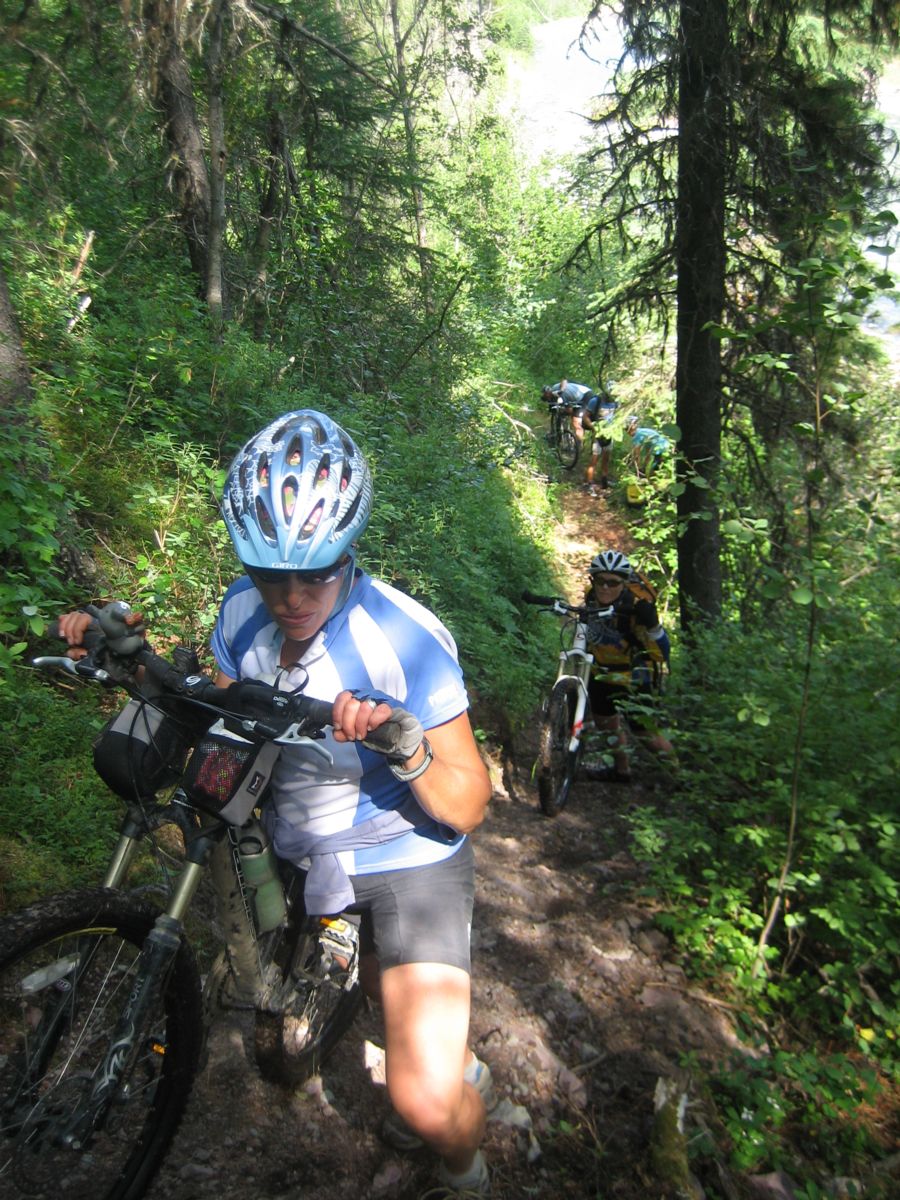 We have now prepared an all-new edition of the guidebook that includes the Canadian stretch. The second edition even features a slightly revised title to reflect the fact that not all of the route is in the United States ("From Canada to Mexico on North America's Premier Long-Distance Mountain Bike Route).

Later this month, I'll be appearing at a pair of REI stores in the Bay Area of California to talk about the new edition of the book. I'll also show a slide show of a couple of recent trips I've made on the Great Divide, as well as talk a bit about the original inspiration for the route's creation, which included a five-day off-pavement ride with my wife Nancy in the dark ages (well, the black-and-white ages, anyway), from the Tri-Basin Divide of southwest Wyoming to Jackson Hole. This was in 1985, a time when not many people were bikepacking off the paved roads.

I hope to see you in Corte Madera on October 23, or Berkeley on October 24. Here are details for the events:

These are free events and space is limited so please RSVP at info@adventurecycling.org or (406) 532-2751 by Friday, October 18.

And keep an eye out for future dates (tentatively in March 2014) in Seattle, Portland, Salt Lake City, Denver/Boulder, and Albuquerque/Santa Fe. These will probably take place at REIs as well, which is fitting when you consider that REI was a huge supporter of the Great Divide route from the get-go to the tune of $40,000.

MICHAEL McCOY compiles the organization's twice-monthly e-newsletter Bike Bits and organizes the Bike Overnights program. From late 1994 through 1997 he reserached and mapped the Great Divide route.