Cycling Highlights From Our National Parks 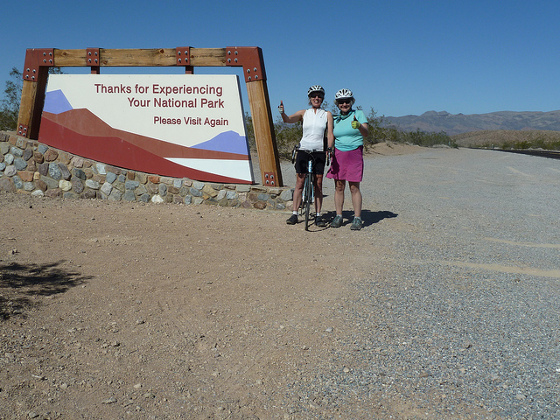 National parks are one of our nation’s greatest treasures. Since the establishment of Yellowstone National Park in 1872, The National Park Service has grown to encompass 401 park units, spanning more than 84 million acres. Recently, Adventure Cycling and the National Park Service signed a Memorandum of Understanding in order to collaborate with park units and to help ensure that one day many of the parks will be connected by the U.S. Bicycle Route System (USBRS). We know how amazing these places are for cycling and so we compiled a short list of a few of the best rides found in our iconic national parks.

Yellowstone was the first national park created in the world, which is fitting because it comes with world class riding. Riding through Yellowstone offers the opportunity to tour its geothermal features, experience spectacular scenery, and get unobstructed views of the wildlife. While riding, expect to see plenty of American Bison, elk, and deer. Certainly don’t be surprised if you spot a grizzly or a wolf. One of the best times to cycle Yellowstone is in late spring when the roads are open only to cyclists for a brief period. When cycling in Yellowstone, be prepared! Even during the summer months, the weather can swing from 85 degrees and sunny to snowy very quickly. You should also be sure to study up on wildlife safety guidelines. You can traverse Yellowstone National Park today on the TransAmerica Trail; which follows the same corridor as U.S. Bike Route 76.

If seclusion is what you desire, this may be the national park for you. Big Bend National Park is four and half hours from El Paso, Texas, which has the closest major airport. The long trip is well worth it because once in the park, the lightly traveled park roads provide incredibly beautiful riding with views of southwest Texas and northern Mexico. Riding from Panther Junction to the Chisos Basin is quite a challenge, with a four-mile climb including grades up to 15%. But, you are rewarded with a descent into the cliff-surrounded Chisos Basin. After visiting the park, head over to Marfa, Texas, a quirky little desert town with big city culture, boasting excellent restaurants and art galleries that are sure to please. Big Bend is incorporated into the U.S. Bicycle Route 90 corridor. 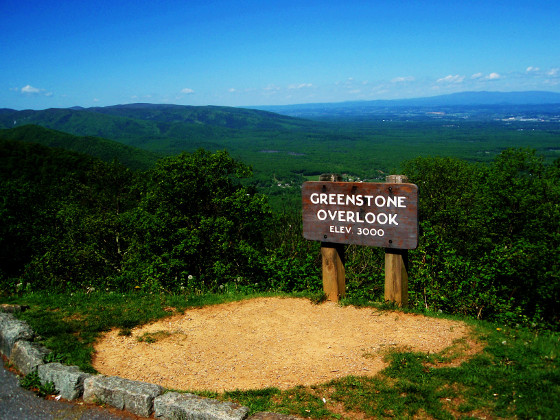 Shenandoah National Park is a true cycling gem. Located only two hours from Washington, DC, the park is a quick escape from the grind of the city. Skyline Drive, the only paved public road in the park, runs for 105 miles down the spine of the Blue Ridge Mountains. With a cycling-friendly speed limit of 35 miles per hour and 75 stunning overlooks, the road provides ample opportunity to take a break and look out over the Shenandoah Valley. Skyline Drive does become very crowded during the summer, so the best time to ride is in the morning and late afternoon, not only to avoid the crowds but also the humid, summer heat. Just remember to wear high visibility clothing and a tail light. After you’ve tackled Skyline Drive, don’t forget to drop into the Shenandoah Valley to cycle the rolling hills and smooth, lightly trafficked country roads. Shenandoah National Park is on the U.S. Bicycle Route 11 corridor.

While cycling in a swamp may not seem like a charming prospect, Everglades National Park provides cyclists with rare experiences.  Within the park, non-motorized paths stretch into the heart of the formidable marshlands. The park encompasses roughly 1.5 million acres from Naples to Miami. Highway 41 stretches across the northern border of the park and, because of Interstate 76 crossing the Florida Peninsula just to the north, sees little traffic. Highway 41 provides access to the town of Everglades and the Shark Valley Visitor Center. From Shark Valley, cyclists can ride a 15-mile non-motorized loop, with an observation tower along the way. The main park road also provides several options for cyclists to get off the beaten path with plenty of trails open to bicycles. Just remember you are in a wild place where alligators rule! Always keep a keen eye out for North America’s largest reptiles and maintain a safe distance at all times. One day, U.S. Bicycle Route 15 will connect cyclists with the park.

Wow Man!!! What a view... I would love to be their. And the bad thing is that I haven't been anywhere of those places.