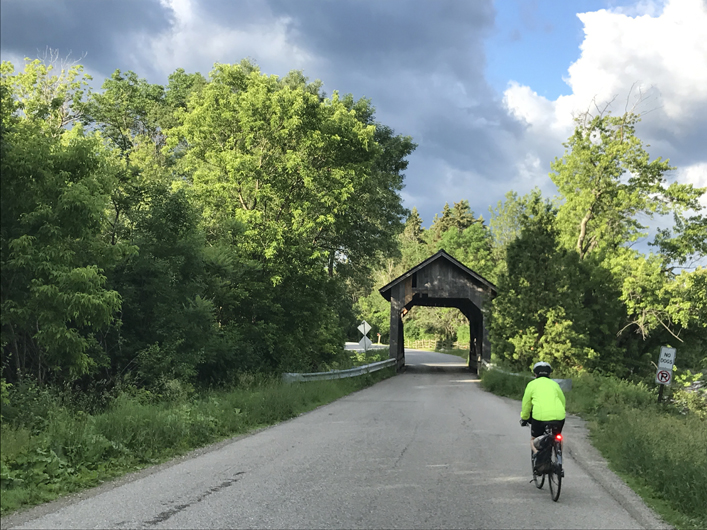 ’Tis the season … for planning! It was about this time last year that I made the decision to depart on a grand bicycling adventure in the coming summer. I’m pretty sure there are some other folks out there right now plotting similar journeys. And now, there is a new tool available to help you decide, by the numbers, which route to choose.

For quite some time, we’ve been working on creating a data-rich, route services database. It has allowed us to produce high-resolution GPX data files for our entire route network, as well as provide the raw data for our five route-specific navigation apps.

John, Adventure Cycling’s IT Manager, saw the potential to use this data to compare our routes. He grabbed all the raw GPX data and built our new Route Comparison chart.

You can found a link to this chart on the Adventure Cycling Route Network page along with many other helpful links.

Read on to learn more about the Route Comparsion chart.

First, you can filter what you’d like to see in the chart via the drop-down menus in the upper left corner of the page. Choose the following:

Additionally, while we have data for almost all routes, there are still a few without it. Until the data is complete, you can also choose to Include all routes or Include only routes with climbing data. By Spring 2018, after the newly revised Great Divide Mountain Bike Route maps are released for this route’s 20th anniversary, this option will no longer be needed.

Once you’ve chosen which items to view with the filters, you can sort the items in the chart by total distance, feet of climbing, average elevation gain per mile — giving you a feel for how steep the route is, and maximum elevations. Other values in the table include minimum elevations, the number of service waypoints for the route, and individual map section print dates.

You may also determine the order of the columns by pointing and clicking in the headers to sort high to low/low to high.

Use it on any screen

This chart is built for portability. It works well on your desktop, laptop, tablet, and phone. For screens too narrow for the chart, use the green “plus” buttons in the Route Name column to drop the row information vertically.

Speaking of those column headers ... you may be wondering what the difference is between Primary and Secondary. Primary refers to the direction of the route as published, while secondary is the opposite direction. For example, the primary direction of the Southern Tier is East as it begins in San Diego, California and travels east to St. Augustine, Florida.

There is a search box in the upper right of the chart. The most useful things you could enter include a route name or a known beginning/ending point. Your choices will be refined as you type. 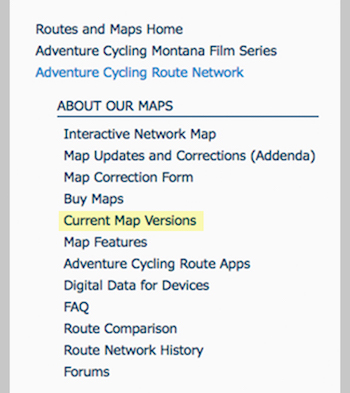 A regular question we receive is, “Do I have the most current maps?” Now this information is available in one simple table, Current Map Versions. It has a search box for drilling down to the route you are looking for.

So start planning your next adventure with some route-network numbers. Which route has the highest elevation? Lowest? How many miles is Bicycle Route 66? The numbers are yours to discover! 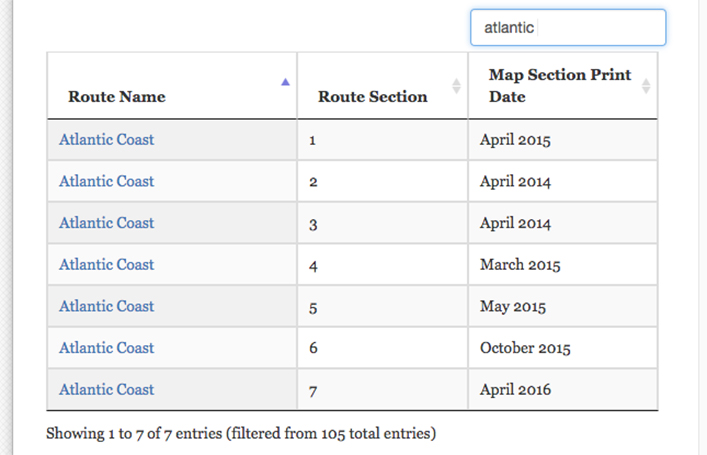 Great addition! Very interesting to see how the KY/VA section of the TransAm has so much more climbing than the western sections. The section on latest map updates will also come in handy.

John might want to check the elevation data for TA sections 2 and 3 - quite a coincidence if they really have exactly the same total elevation gain, in both directions.

Thanks for letting us know about the error on TransAm section 3! I've updated the values and it should now be correct.

Excellent! This is a REALLY nice feature!

Glad you think so, Dennis! Have fun churning the numbers.

Oh, this is sooooo cool! Thanks Jenn!

Ah, you're a numbers guy, eh, Brian! Have fun with them. And happy holidays, too. ;)