This post is part of a series spotlighting Adventure Cycling's corporate members. These companies support our mission and programs and do some cool stuff of their own. We decided to ask them some questions and, as a result, have learned a few interesting things about our supporters that we'd like to share with you. The answers below are direct from the companies. We hope that this gives you the chance to get to know them a little better, too. For this post, Corporate Member Bike-Dreams shares with us a bit about their brand, their passion for cycling, and why they support Adventure Cycling Association.

Tell us a little bit about your company and its history.

Bike-Dreams organises adventurous and challenging bicycle expeditions for enthusiastic cyclists from all around the world.

We started in the autumn of 2006 to organize “Paris-Dakar by Bike”, an expedition of 4,500 miles. A group of 21 persons cycled in ten weeks all the way between Paris and Dakar. We went back to the Senegalese capital in 2007 and 2009.

In between, we started to organize more expeditions in Europe and Africa like, “La Bella Italia,” “Les Dix Alpes,” “100 Cols,” “Tirreno-Adriatico,” “Tutti Dolomiti,” and the “West-Africa Tour."

Since 2008, we run “The Andes Trail" every two years. It's a wonderful bicycle expedition in South America of 11,000 kilometers through, over, and along the longest mountain range in the world.

We went to the North American continent in 2013 to organize for the first time “The Great Divide,” fully supported.

In 2015 Bike-Dreams set up––with one of their previous riders––a bicycle tour company called "Bike-Adventures" in the USA to organize The Great Divide once again in upcoming years.

What services or products do you provide for bicycle tourists?

Why do you support Adventure Cycling through corporate membership?

We have the opinion that the magazine of the ACA is a great way to promote our tours to a very specific public, the public who might be interested in our tours.

What are your favorite things going on in cycling right now?

The fact that more and more people pick up cycling and see it as a way of life. 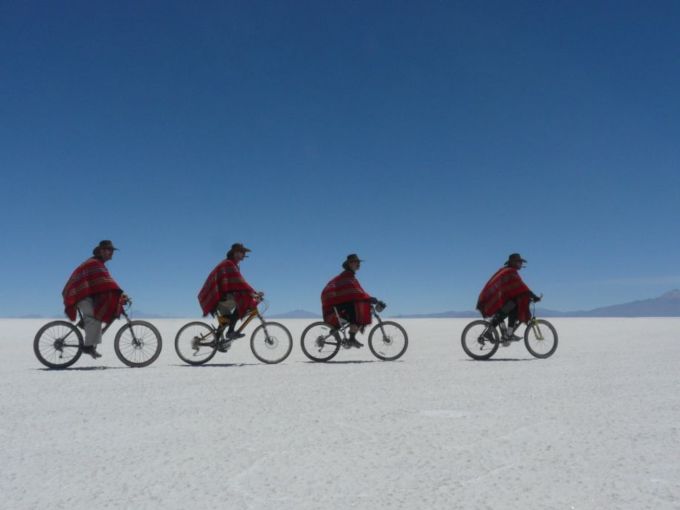 Where would you like to see cycling in America in five years?

I hope that Americans see the bicycle as the first option to move from A to B and not taking the car.

If your headquarters staff could relocate to any place in the world, where would they choose?

New York. It would be great when NY becomes a VERY cycle friendly city (read almost no cars). Manhattan can be like the city centre of Amsterdam, and has a lot of spin-off to other big cities around the world.

As your company grows, have you had mainly tailwinds, headwinds or crosswinds?

Always a bit crosswind, occasionally a bit headwind, but we do our ultimate best to have tailwinds. The most important is that you ALWAYS have to pedal. Otherwise you are standing still and are passed by others.

Has any of your staff ridden Adventure Cycling’s mapped routes?  If so, which ones?

It’s written by persons with the same interest as ourselves.

Is there anything else about your company that you really want to share with our readers?

MEMBERSHIP HIGHLIGHTS is posted every other Wednesday by the membership team — Julie, Josh, and Brian — spotlighting the various benefits of membership, our accomplishments thanks to member support, and interviews with some of our most passionate and dedicated members, both individual and organizational.