The information in the report below is but a fraction of the details Patrick O’Grady has given us on Cannondale’s new “stealth” touring bike, all sent via tweets that have since been taken down. The rest we are compelled to withhold until our lawyers can get a prior restraint order overturned. O’Grady has absconded with the bike, and Cannondale, understandably, is upset. They’re suing him in absentia for theft of intellectual property. And actual property.

(Editor's note: Patrick O'Grady is a veteran of the bike industry and has been testing bikes for Adventure Cyclist since 2011. He's an odd duck, but as far as we know, he's never before stolen a test bike.)

According to their engineers, as told to O’Grady and relayed to us from him via Twitter in real time, Cannondale has licensed several technologies from Lockheed Martin that are also used in the new F-35 Lightning II stealth fighter. Unfortunately, they refused to tell O’Grady anything more, other than implying that the licensed technologies relate to both materials and structural design. 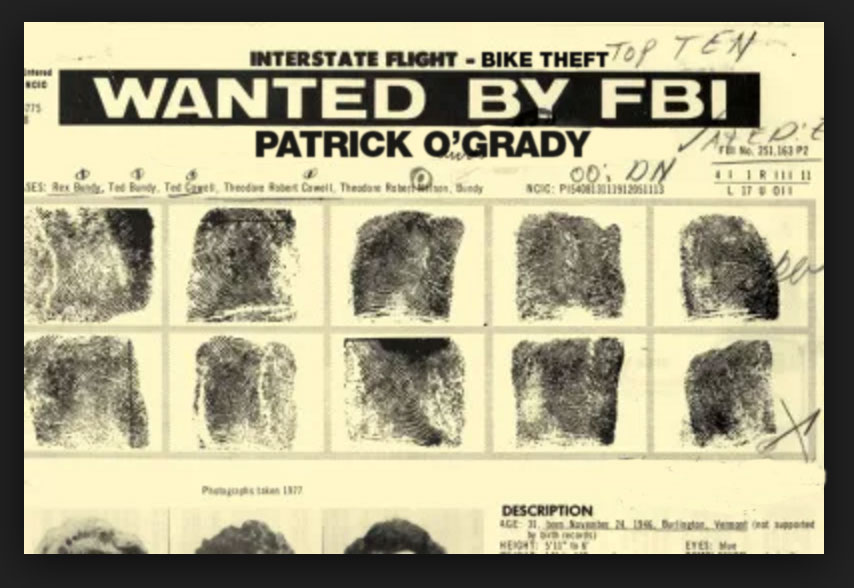 (Editor’s note: we learned from O’Grady, before he stole the bike and disappeared, that it looks “wicked sweet.” He sent us a blurry photograph, probably taken while fighting off Cannondale engineers, but we’re unable to share it with you because its resolution is below our standards.)

From a distance, according to O’Grady, the bike looks like any other touring bike, though the size and shape of the tubes belie its unique composition. It has a typical diamond frame, 700c wheels, drop bars, and a traditional 2x13 derailleur drivetrain. Apparently a Rohloff was considered, but it failed Cannondale’s durability tests, which, as we all know, are some of the most rigorous in the bicycle world.

On the test track the bike rode, according to O’Grady, “like a Swedish meatball in a river of gravy.” We’re not entirely sure what that means, but it seems positive. He rode both loaded and unloaded, and he reported that it simultaneously felt incredibly stable and lively, possibly due to Cannondale’s proprietary aero panniers (also built with technology licensed from Lockheed Martin). The panniers, according to O’Grady, require no racks or attachment points at all.

(Editor’s note: O’Grady’s claim that the panniers “just, like, hovered there,” cannot be substantiated. Cannondale denies any hovering.)

And that’s when O’Grady sped away on the bike, narrowly escaping a cadre of nervous Cannondale engineers. Private security personnel fired on O’Grady as he pedaled through a mistakenly unlocked gate, but Cannondale bans live ammunition at their test facility (due possibly to the much-rumored nuclear-powered cyclocross bike in development), so they were only shooting blanks.

“According to the engineers who were present at the time,” said Damon Rinard, Cannondale’s engineering manager for road bikes, “O’Gravy [sic] loaded his own stuff into the panniers, saying it was necessary for testing purposes, laughed in a way that one could only describe as ‘cackling,’ gave everyone the finger, and rode off.”

When asked how or why they were unable to track O’Grady down, even after deploying security personnel in vans and off-road trucks — and even borrowing pro mountain bike racer Manuel Fumic’s private attack helicopter — Cannondale representatives remained cagey.

“All we can say,” said Rinard, “is that this unfortunate incident underscores the success of the new technology.”

And that, it pains us to say, is all we’re legally allowed to print at this time, pending future legal decisions. We’ll keep you up to date on the case of Dorel Industries v. O’Grady. If you'd like to read up on O'Grady's past road tests, visit our publications archive, or check out a video of him reviewing a bike he didn't steal, the Salsa Marrakesh.

(Final editor’s note: There are currently warrants out for Patrick O’Grady’s arrest in Arizona and New Mexico. If you see O’Grady in a backwater campsite or digging through a dumpster behind Whole Foods, do not approach him. He is thought to be unarmed but is known to be dangerously sardonic.)

I can neither confirm nor deny the extraordinary nature of Cannondale's new touring bike as described in this report. However, I can confirm that Cannondale will indeed be shortly bringing a new bike to market called "Touring," though the exact features may vary from those allegedly experienced by Mr. O'Grady (I regret and apologize that, in the excitement of the moment, I mistakenly called Patrick "O'Gravy").

Since I own one of the last Cannondale touring bikes to come off the line in 2010, I was intrigued by this story. Since mine is fairly stealthy with it's camo green and black color scheme, it's nice to see they've upped the anty here and included some futuristic stealth technology. Cause lord knows we don't want to be seen (or at least most drivers don't seen us already so why not go all the way!).

Enjoyed the article for April 1st.

hahaha. I was taken in until I got to the too-low resolution statement. I further held off disbelief until I was slapped with the word "sardonic" because I would so like panniers that hover. Such a snappy story and so well written - can't you ad a few chapters?