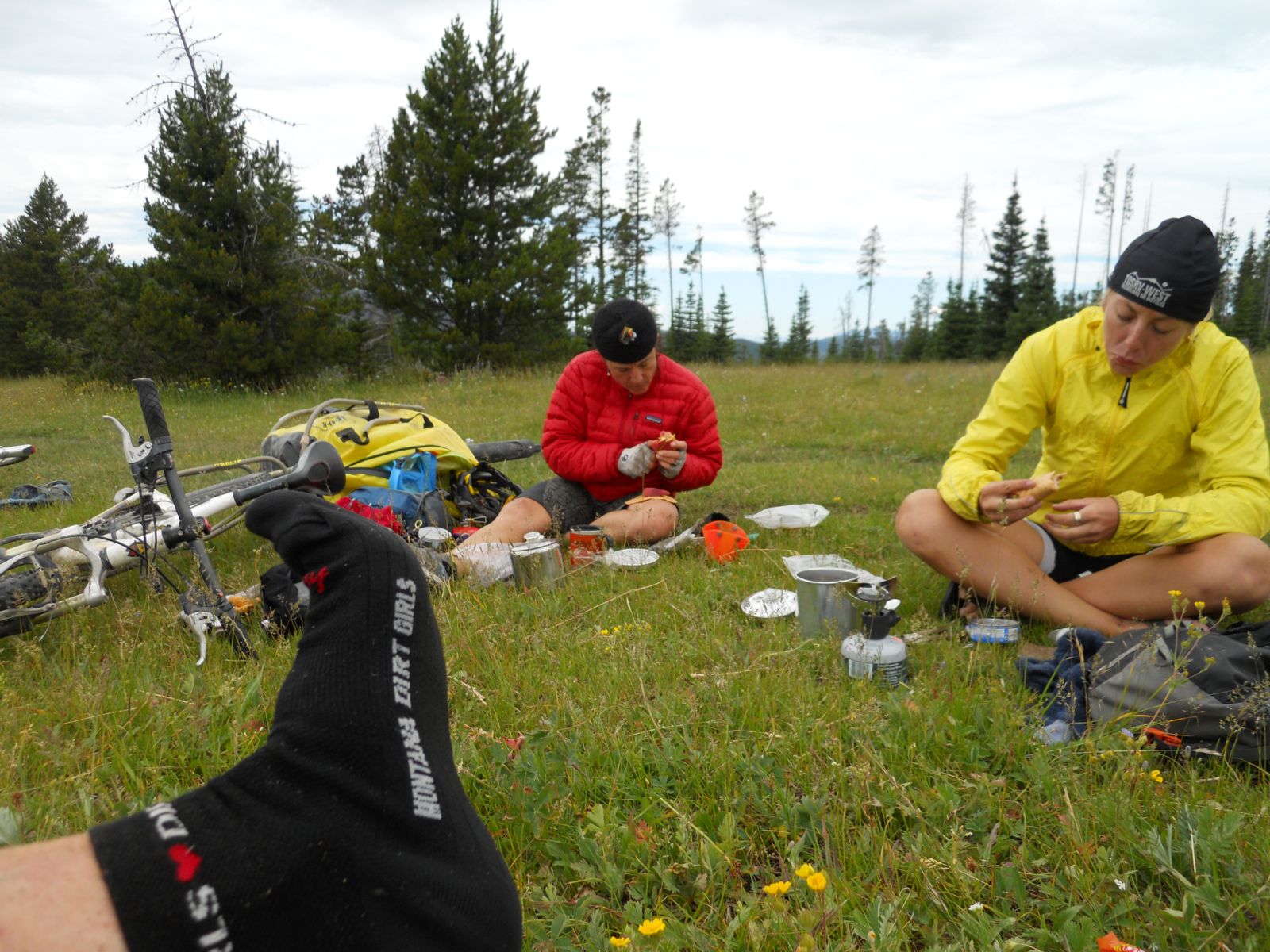 As detailed in a past "Waypoints" column in Adventure Cyclist magazine, an Adventure Cycling member by the name of Jeff Nussbaumer has researched and mapped a new high-altitude fat-tire route in Colorado. He calls it Ride Along the Divide, or RAD. A guidebook to the route, titled Ride Along the Divide: A High Elevation Mountain Bike Route, was published by Jeff in 2013. (Full disclosure: He asked me to write the Foreword to the book, and I consented.)

"The route begins in Encampment, Wyoming, and ends in Chama, New Mexico," Jeff said. "It is at its worst technical and strenuous, but can be relatively easy, too."

Jeff elaborates in the book's Introduction: "A blend of cross-country riding and hiking, RAD emphasizes the conquest of peaks and ridges from sunrise to sunset, crossing up to 81 passes and high points with 55 of those crests noted as primary waypoints of the route. This 1,700-mile stretch of bikeable terrain is characterized by forbidding rock paths, towering crags, cascading waters, pristine woodlands, and alpine ridges. Paved trail options are incorporated as needed. Broken up into 24 primary segments, the selected track has been mapped out, ridden, hiked, and reridden."

"Compared to the Great Divide Mountain Bike Route," Jeff explained to me in an email prior to the book's publication, "RAD investigates different parts of the Rockies. It is about getting the mountain trekker over 13,000 feet above sea level and remaining within 3,000 feet of the Continental Divide for most of the trip."

No doubt about it, RAD is rad.