Ah, fall. Crisp leaves, pumpkin things, fresh, chilly air ... and a reduced interest in outdoor activities like biking. So, when the cold winds blow, how do you stay motivated to get out and ride? Answer: the annual Coffeeneuring Challenge!

This international challenge to visit seven different coffee shops in seven different weekends, while following an assortment of rules (must be on weekends, no more than one ride can count per day, etc.) has helped me have something to bike towards, goal-wise, even when I’d rather stay indoors and watch Netflix all day.

My first stop, here in Missoula, MT, was Bernice’s Bakery. I’d been there before, and it's just over a mile from my house, which means I would meet Coffeeneuring's minimum mileage. I enjoyed a cherry lime jalapeno croissant with some herbal tea while reading an Agatha Christie mystery. I was able to ride the bike path most of the way there and bike parking was plentiful.

The next weekend I was in Washington, D.C. and met my friend Kelley at the Jefferson Memorial for a trip down to Best Buns. It was a sunny day and we took the Mount Vernon and Four-Mile-Run trails all the way there. This was a great 20-ish mile round trip in my old stomping grounds!

Back in Missoula, I headed to Break Espresso for some hot cocoa and to read The Missoula Independent. I rode there after a Women Bike Missoula ride to the annual Stories and Stones event. Most of my ride was on residential roads with a nice pedestrian/bike bridge over the railroad tracks.

The following weekend, my friend April and I headed out for a ride, ending at Caffe Dolce. The majority of our ride was on bike lanes and bike paths. Caffe Dolce itself is on a busy thoroughfare, somewhat hostile to people on bikes, but we crossed at the light and easily found good bike parking there. This time I had a green tea and we both got the salami and mozzarella panini, which was amazingly delicious. Despite it being a cloudy day, we still had a nice ride! 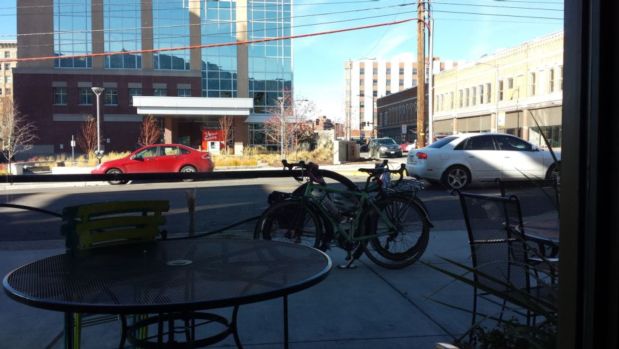 A week later, we meet up again — this time at Market on Front. We helmet-locked our bikes and took a seat near the window to keep a good watch on them. This isn’t really a proper bike parking spot, more of a railing, but it works for us. I had a “meh” hot chocolate and no snack before we rode out to Frenchtown, a smallish town west of Missoula. 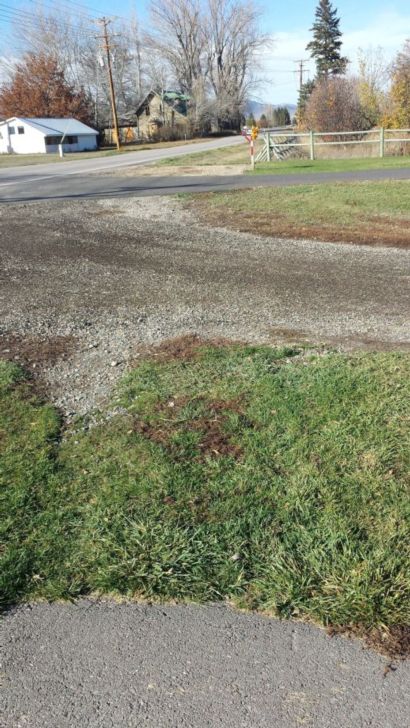 This ride included busy roads, bad shoulders, and intermittent bike paths. We even come across one of those Shel Silverstein-esque “Where the Bike Path Ends” situations. Just after that, and back on the shoulder, we saw a huge herd of elk!!! That was incredible.

This was a great, sunny day for a ride that I thoroughly enjoyed.

The next day, with the end of Coffeeneuring getting closer, I did my second trip of the weekend, this time to the newly opened Clyde Coffee. I met up with Emily, who works at Free Cycles, to plan our upcoming winter biking workshop for Women Bike Missoula. I drank a “gravity-brewed” tea (not sure how that’s different than regular brewed tea, but okay) and of course, I forgot to take a picture! Easy bike parking and Clyde Coffee is pretty near the Clark Fork Riverfront Southside Trail.

On the second to last day of Coffeeneuring, November 14, I made a plan and charted a new route, down highway 200 toward Potomac, Montana. I wanted to do this with a friend, having never gone this way before, but ended up heading out alone with hot water in my Thermos and a tea bag in my jersey pocket. I wasn’t sure of cafes or restaurants in Potomac, so I thought I might do a “coffee/tea-without-walls” trip for my last one.

I headed out of town with a headwind blowing out Hell Gate Canyon. The sound was deafening and I remembered that Cat Ears exist and wished I’d worn my headband at the very least.

Pedaling hard against this headwind, I stopped near a historical display in Bonner for a rest, then continued east on Highway 200. I pulled over for a snack and a quick break at one of the many public fishing access points on the trout-filled Blackfoot River. Oh man, I wished I'd had a packraft! I was getting quite tired and imagined a chilly float back to Missoula would be awesome. Not an option for me, however!

I continued against the mighty headwind. Rolling along, I spotted a small stop off on my right side. I pulled up to a sign that said, Steel Toe Distillery.  I walked across the bridge and to the top of a hill, where a sign said, “Closed.” I looked around, thinking that maybe this place would be okay to drink my tea-without-walls.

I took my helmet off, and the door opened! I asked if they were open and the proprietor said “Oh, yeah! I forgot to switch the sign around. Would you like some samples?”

I brewed my Earl Gray in my hot water and added a bit of Uncle Carl’s Prohibition Style Whiskey. I remembered reading about Carl Bock on the web — he used to run a wolf sanctuary! I asked him about it, and he said, "Yeah, I still do!"

We went out the back door to a large enclosure with eight-foot fences, but I didn’t see any wolves. Carl grabbed a deer leg out of a garbage bag on the ground and tossed it over the high fence. Shortly after, an arctic wolf appeared to chew on the bone. Amazing!!! Of course, I did not get pictures of the wolves, I was too busy drinking tea and listening to Carl's stories. 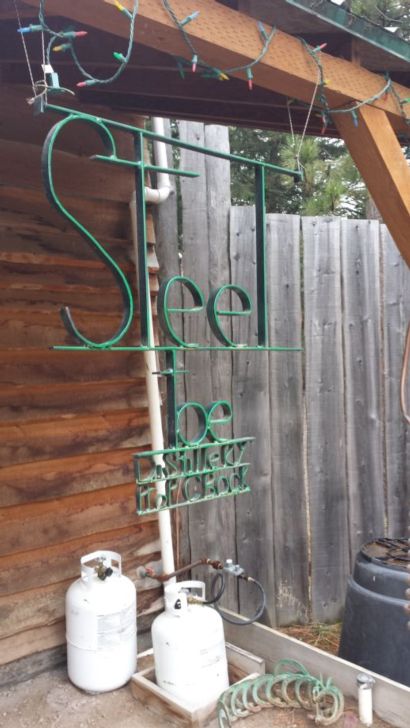 Thinking that I didn’t have any whiskey or gin at home, I decided to buy a bottle of each. Thank goodness for my porteur rack! The whiskey fit in my bottle cage, and I bungeed down my now-empty thermos and my new gin, wrapped in my coat, to the front. I headed home on Highway 200, keeping a steady pace of 16 – 20 miles per hour. The headwind was now a tailwind, so with the extra speed I was suddenly back in Bonner, going through East Missoula, then finally home sweet home in Missoula's lower Rattlesnake Valley.

Thanks, Rudi! I think I'm finally hitting my #bikeMSLA stride.