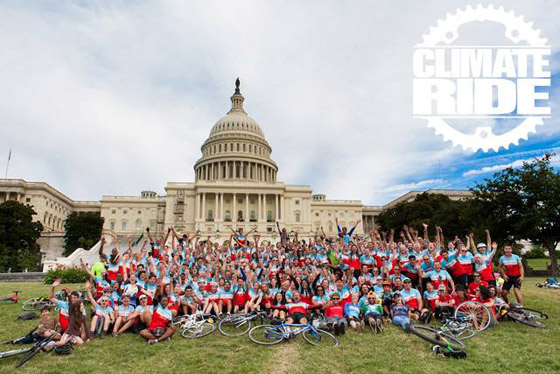 As you may know, Adventure Cycling’s mission is to inspire and empower people to travel by bicycle. Well, last week I was inspired by an amazing group of cyclists when I got the chance to ride my bike from New York City to Washington DC on Climate Ride. 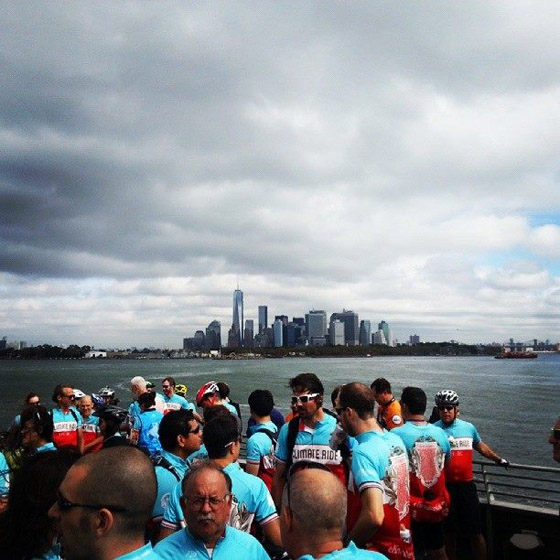 On a crisp Sunday morning, our group of 200 cyclists left from Brooklyn, New York, winding our way through city streets and over the Williamsburg Bridge into downtown Manhattan, which was a marked departure from my usual Sunday mountain bike ride on trails in Missoula, Montana. I was a bit nervous hitting the mean streets of the city, but quickly found a fellow participant who was a local cyclist to guide my way. Steve, an adept cyclo-commuter, soon eased my fears while pointing out many interesting and historical points along our ride. He had never taken a multi-day bike trip before, but he clocks over 5,000 miles a year commuting to and from work. Astounding! 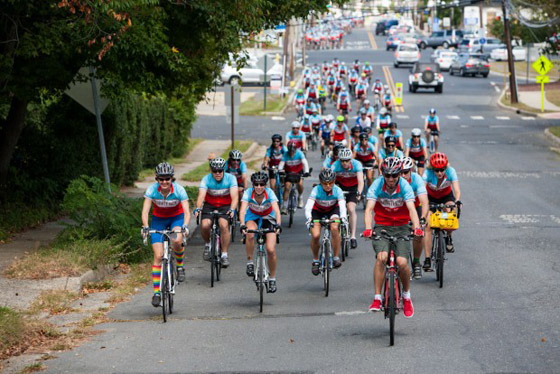 Steve was just the first of an incredible string of people I would meet over the next five days. There was Alexandra, in her 20’s, who hadn’t cycled since she was a child. She picked up an older bike and made up her mind that she could ride the 300+ miles. And Jim, he was on a unicycle! The days were long for him but there he was with a smile on his face and wheel a spinning as we’d pass by. 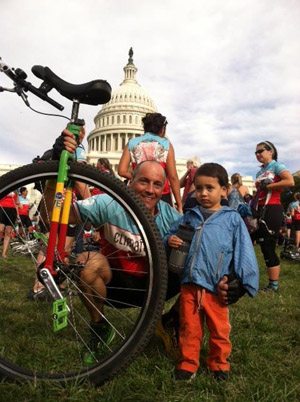 I also met several fellow Adventure Cycling members, including Life Members Polly from Baltimore, and Cyndi from San Francisco. The abilities of this group ranged from beginning cyclists to seasoned bicycle travelers who have crossed the country and ridden all over the globe. But one thing united all the Climate Ride riders — their love of cycling as a means of transportation and the desire to raise money for something they believe in. 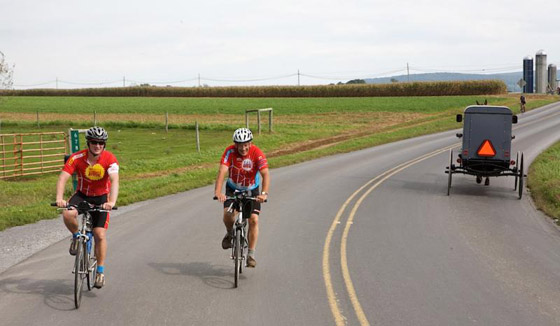 We pedaled through quiet backroads in New Jersey (really, it is the Garden State), Amish Country in Pennsylvania, and the horse and hound fields of Maryland. Ending up on the lawn of the capitol building was truly rewarding.

Adventure Cycling Association and the U.S. Bike Route System are a beneficiary of Climate Ride and I encourage you to check out Climate Ride's upcoming events. You too can share your love of cycling, raise funds for worthy groups and be inspired by an energetic bunch of cyclists. 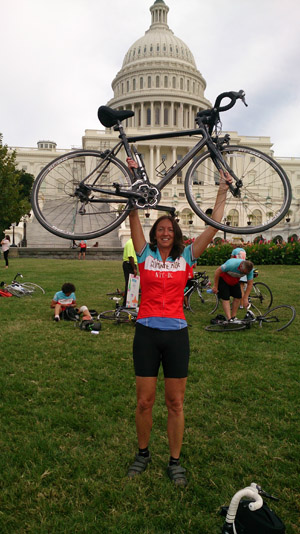 Climate Ride is a nonprofit group that organizes life-changing events to raise awareness and support for sustainability, active transport, and environmental causes. Check out next year’s events in California, Montana and the East Coast. You’ll have a fantastic experience and give support to a cause close to your heart.

SUPPORT ADVENTURE CYCLING is usually written by Amanda Lipsey in the development department of Adventure Cycling Association, but has been hacked this week by Membership Director Julie Huck

Great post Julie! Thanks for joining us this year from NYC to DC - it was a pleasure to meet you. Keep up the great work at ACA!