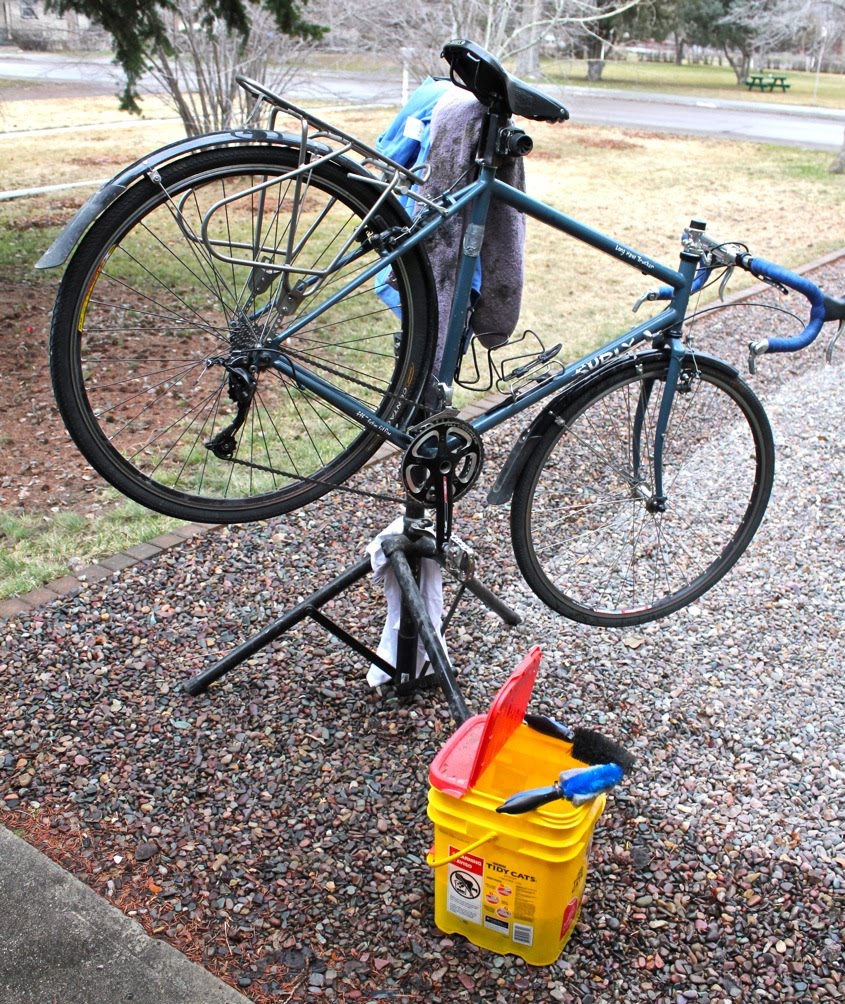 Keeping the mud and dirt off your bike isn't mandatory, but it's not a bad idea, for a variety of reasons. For one, it can make it easier to identify frame defects and damaged components, in addition to making it easier to work on your bike in general. It can also help extend the life of some parts, such as your chain, cassette, cables, and housing.

With springtime bringing damp road conditions, the intervals between bike washing can seem pretty brief. While it is super-tempting, one thing to steer clear of is a stop at the car wash, or any other from of high-pressure hose. Blasting your bike with a high-pressure water stream can blow grease right out of some components, and replace it with gritty water.

For most jobs, a rag and spray bottle of something such as Finish Line's Super Bike Wash, or simply some watered-down dish soap, will do the trick for a quick wipe down. But if they haven't swept the streets in a while, and you have quite a bit of dirt caked on the bike, something a little more involved might be in order.

There are a few bike-specific wash kits available, such as the Park Tool Clean Brush Set. But if these aren't readily available, there's nothing wrong with heading over to a hardware store and grabbing a soft-bristled car-washing brush and some pipe cleaners. The soft-bristled brush is great for going over your entire bike, including wheels and tires, while the pipe cleaners do a good job of getting into hard-to-reach areas around the derailleurs, brakes, and gears.

Have a bucket of soapy water ready, and start scrubbing down the bike. When you're finished, you can give it a light rinsing with straight water, and then dry it off with a towel. Before you're done, be sure to give the chain a quick lube, since you just removed a lot of the oil that was previously on it.

I know this can be the last thing you want to do after finishing a ride, but it can extend the life of your components and help you address certain issues before they become bigger problems.