Some use it all the time, others have specific conditions they prefer to use it under. In my own experience, I find it most useful in cold/damp weather, or on extended tours, where it isn't always possible to consistently wash my bike shorts. Like bike saddles, everyone has their own preference, and those hardened over time may not need to use it all. One thing is for certain, there is a huge pool of brands to choose from, most of which have some pretty clever names.

Before I jump into some available brands, I should mention something on application. Everyone has their own technique that works for them. Some go straight for the skin, while others apply it to the pad first, and then put on their shorts. I like to throw it on the pad first, and then put on the shorts, but you have to be careful, or it will rub off on your legs as your pulling your shorts up. Try to focus the cream the pad of your shorts, also known as the chamois (pronounced shammy).

As far as how much to apply, that comes down to personal preference, weather conditions, and duration of ride, which requires some experimenting on your own. I tend to err on the side of too much. With that said, here are a few brands I have had good luck with over the years. 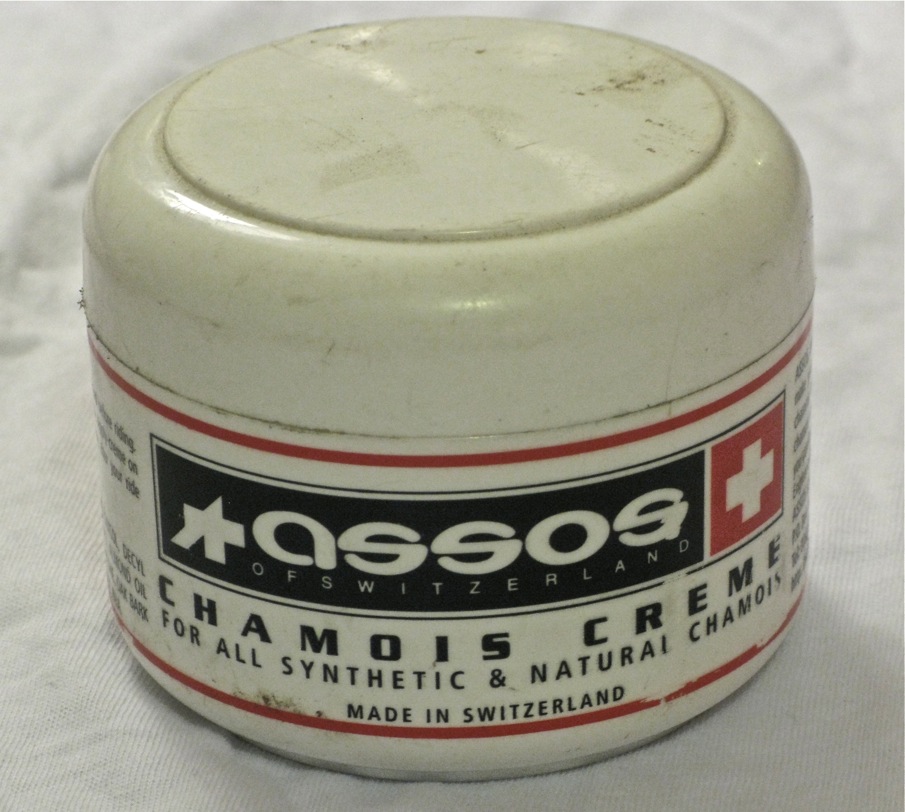 1. Assos Chamois Cream: Packaged in a 140ml jar (or approx. 4.7 ounces), this has a fairly thick consistency, meaning you don't have to use a lot to spread over your chamois pad per application, making it last longer than you would expect. It also holds up well in wet weather, and is great for making your bike shorts last an extra day or two between washes.

2. Chamois Butt'r: This is very similar to Assos in texture thickness, and is available in a jar, tube, or individual use packets. I'm a big fan of the tube, which keeps your hands cleaner during application. Much like a tube of toothpaste, you'll never get all of it out of there, but you can come pretty close. At around $15 for an 8oz tube, it is hard to beat for the price. 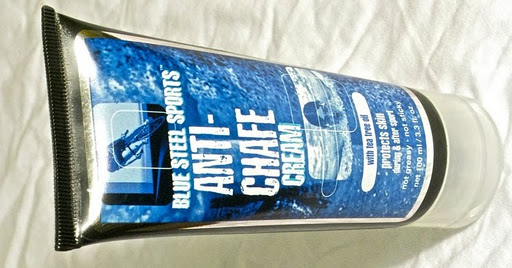 3. Anti-Chafe Cream: From Blue Steel Sports, they recommend applying this directly to the skin as opposed to the chamois pad. This uses a tea tree oil ingredient that gives it a pretty good scent, not that this is something you necessarily want to be smelling, and is also soft on the skin. The cream seems to be a bit thinner than the previous two products mentioned, so you may find yourself using slightly more cream per application. 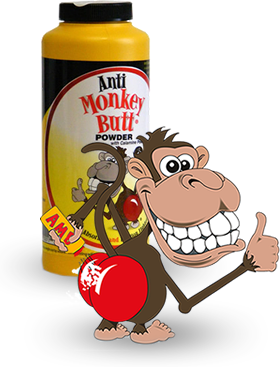 4. Anti Monkey Butt Powder: This is a talcum based powder as opposed to a cream, but serves a similar purpose by absorbing sweat and moisture, which reduces the friction created by moving around on the saddle. Since it doesn't stick to your chamois pad as well as a cream, it can be a little messy, but it is hard to beat their logo. This comes in a generic formula, in addition to specific powders for women and children.

Chamois cream is nice for sure, but I found that it was less important than some sort of healing cream for the time off the bike. I took some great advice and picked up a tube of diaper rash cream for use on tour. I highly recommend this if you get hot spots. Also, I've heard of people using BagBalm, but I've never used this so I don't have an opinion.

Definitely not! Until our mission changes from "Inspiring people of all ages to travel by bicycle" to "Striking fear into the hearts of many," I'll avoid posting such photos.

Thankfully, no how to apply pictures. ;-)