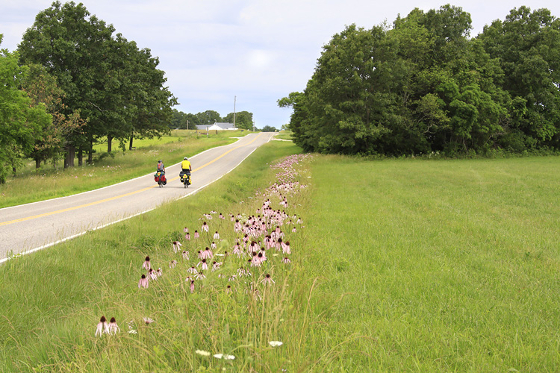 Cyclists ride USBR 76 in Missouri before it was signed

In Tuesday's post, Ginny wrote about celebrating bike travel abroad, her upcoming trip to Europe and European best practices for integrating bicycle routes and tourism into the larger system. Today we're focusing on bicycle travel and tourism at home and celebrating a state that has made huge progress in these areas in the last year: Missouri.

Missouri has been in the news a lot lately over the last year in the bicycling world — from positive developments like a newly designated and signed U.S. Bicycle Route 76 following the TransAmerica Trail, to less positive news like the recent anti-bicycling amendment in the legislature. But even the anti-biking push had its positive outcome: it was a rallying cry for thousands of cyclists who demanded better for their state, and the subsequent victory proved that we have a strong and effective voice in the political arena.

What you may not know is that in addition to its outstanding legislative advocacy efforts (thanks MoBikeFed!) Missouri has a treasure chest of top-notch bicycle trails across the state. And this year Missouri will be celebrating and showcasing some of its best bike routes and trails. Adventure Cycling is excited to work with our partners on two upcoming celebrations: 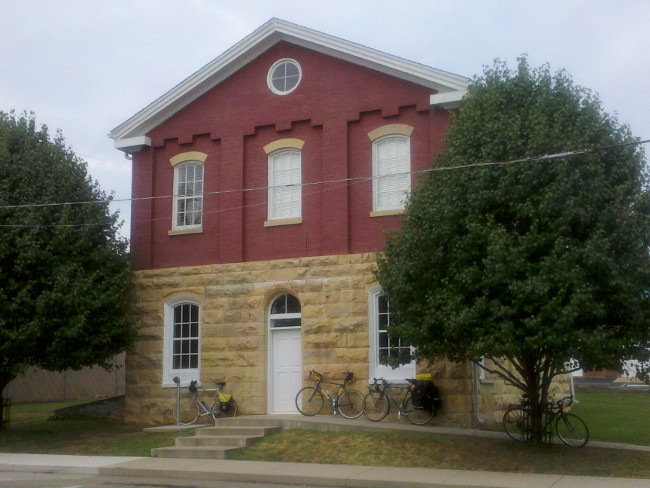 Our local and statewide partners in Missouri are doing amazing work to promote bicycle travel and tourism in the state, and we're excited to celebrate their accomplishments and successes! And even more excited to continue to work on designating and signing future U.S. Bicycle Routes. There are three more prioritized corridors that run through Missouri, including 45, 50, and 66, and more may be added.

Join us if you live in the area or plan to visit during these celebrations. All you need is your bike and a smile!