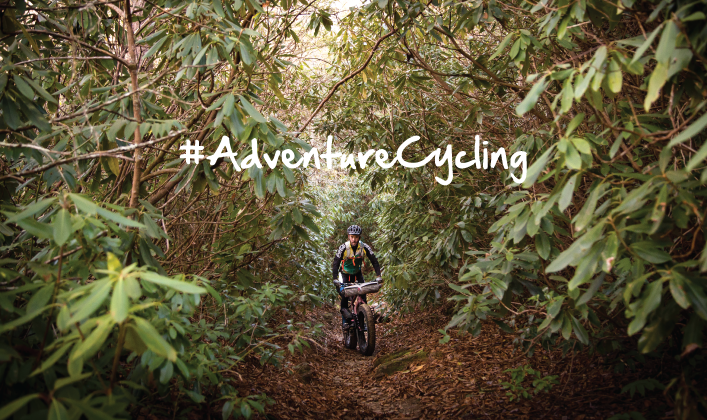 February 22, 2016
How One Bikecentennial Group Reconnected After Over 30 Years

Bikecentennial group 1TAWB613 lost touch shortly after 1976. Read about how they reconnected in 2011, along with group 1TAWK613, and how they plan to reunite once again at the Montana Bicycle Celebration, July 15–17.

February 8, 2016
How Bikecentennial 76 Helped One Cyclist Grow Up

This summer, Dreux DeMack will finish the ride he started in 1976. He will also celebrate the 40th anniversary of Bikecentennial by attending the Montana Bicycle Celebration, July 15–17. View a list of confirmed attendees, like Dreux, and purchase tickets to the biggest bicycle travel celebration since 1976.

Join the Bikecentennial co-founders for the Montana Bicycle Celebration, July 15–17.

Bikecentennial was transformative for Bob Norbie. "It restored a measure of my faith and humanity in America during the post-Vietnam War era," he says. "I discovered that people are people and we all want the same things: a safe place to live and a future for our children. Everyday Americans are kind and generous."

November 30, 2015
That Worked Out: How Phil Hinrichs Was Inspired to Ride the TransAm

A chance meeting with a Bikecentennial tour leader in 1976 inspired Phil Hinrichs to ride his bike over 100,000 miles in 47 states, including the TransAmerica Trail.

Get ready for National Bike Travel Weekend June 3 – 5, 2016. Register your bike overnight for a chance to win a Salsa Marrakesh.

November 2, 2015
Sign Up for an Adventure Cycling Tour Before or After the Montana Bicycle Celebration

Montana's Big Sky Country, with spectacular scenery and awesome cycling experiences, will be the place to be in 2016. Join the party at the Montana Bicycle Celebration in Missoula, MT, July 15 – 17, and take an incredible bicycle tour before or after the big weekend.

October 19, 2015
You Are Invited to the Biggest Bicycle Travel Celebration Since Bikecentennial 76

If craft breweries, a robust trail system, and unique ice cream flavors, like yellow cake and huckleberry, weren’t enough to make you want to visit the home of Adventure Cycling, there’s now an even bigger reason to visit this special place we call home. Find out more about the Montana Bicycle Celebration on July 15–17, 2016.

Bill Harlan was one of the few people to have the opportunity to work for Bikecentennial after the ride on the TransAmerica Trail in 1976. Enjoy Bill's memories of the early days here...

Dick Wilhelm worked for Bikecentennial 76 as a shuttle truck driver, and later, the Eastern Regional Director. He remembers receiving his first helmet as a gift from one of the groups. "It's humbling to remember that they thought that well of me, to care about my long term well being."

September 7, 2015
Then & Now: Everything Has Changed for Tours Director Arlen Hall Since 1976

Adventure Cycling Tours Director Arlen Hall didn't participate in Bikecentennial, but he has no regrets. He graduated from high school during the year of Bikecentennial and was preparing to go to Case Western Reserve University to study computer engineering. His interest in bike travel came later after his kids began riding bicycles.

Sue Carroll met her husband Tom during Bikecentennial 1976. If the car transporting half of Sue's group of high school girls hadn't broken down on the way to their start in Virginia, she never would have met Tom...

Bikecentennial transformed David French into a lifelong cyclist. The trip—his first out West—made him realize that he was quite content living simply and without many belongings. David is volunteering at the Adventure Cycling headquarters by digging into the archives of Bikecentennial and reaching out to potential participants and volunteers of the 40th anniversary events in preparation of 2016. Read all about David's experience with Bikecentennial...

Bill Schroder met his life partner, Elaine Becker, at the first Bikecentennial Leadership Training Course in Bowmansville, Pennsylvania, in 1975. While Elaine wasn't able to ride the entire TransAm Trail in 1976 because of work committments, the pair still travel by bicycle and stay in touch with others they met in the course and in Bill's Bikecentennial group, for whom he was a leader.

Carla Majernik signed up for Bikecentennial as a college graduation present to herself. Today, she is Adventure Cycling’s Routes and Mapping Director. Read her story...

Bridget O'Connell Gilchrist started out as an independent Bikecentennial cyclist and was "inducted" as a member of TAEK525 later. Their leader, Karl Schlaich, was hit by a car in Tribune, Kansas, during the trip. The community took them in for a few days while Karl was treated in the hospital. Bridget played her flute, which she carried in a heavy reinforced case during the length of the trip, for Tribune's Fourth of July celebration.

June 15, 2015
Donna Schuerch Love Is "Mentally Stronger" Because of Bikecentennial

At twenty-five, Theresa Whalen Leland was ready for adventure! She rode Bikecentennial as a young, single, middle school teacher from Great Falls, Montana and recently shared some great memories and photos with us.

May 18, 2015
Once You Do Bikecentennial, You Can Accomplish Anything

Bikecentennial made Bill a more goal-oriented person. “Once you do that [Bikecentennial] you can pretty much accomplish anything,” he says. To stay in touch with Adventure Cycling about the 40th anniversary celebration please fill out this form.

May 4, 2015
Bikecentennial Was the Most Important Event of My Life

Bikecentennial set the course for Barb Samsoe’s life. She met her husband, Bill, “one of the best people” she will ever meet, during her trip. They now live in Missoula and have been married for 37 years. “It was the most important event of my life, no question about it,” Barb says. To stay in touch with Adventure Cycling about the 40th anniversary celebration please fill out this form.

It all started in the summer of 1976: A 4,250-mile TransAmerican bicycle ride with over 4,100 cyclists called Bikecentennial 76. The event paved the way for bicycle travel in the United States and set the foundation for what is today known as Adventure Cycling Association. Are you part of that history? Do you want to participate in the next 40 years?

April 7, 2015
An Interview with the Founding President of the Bikecentennial Board of Directors

I recently had the opportunity to talk to Joel and Patti Meier on the phone. Joel was the founding President of the Bikecentennial Board of Directors. He reflects on Bikecentennial by saying, "It was one of the most exciting things I've been involved in during my professional career." To stay in touch with Adventure Cycling about the 40th anniversary celebration please fill out this form.

Adventure Cycling Association will celebrate its 40th anniversary in 2016, the anniversary of a 4,250-mile Trans-American bicycle ride called Bikecentennial during America’s bicentennial and brought together by the enthusiasm of thousands of cyclists, volunteers, and supporters.

Did you ride Bikecentennial '76? Have you ridden the TransAm? Do you love bike travel? How would you like to celebrate the 40th anniversary of Adventure Cycling and the TransAm in 2016?