Campfires & Camaraderie on the Baja Divide 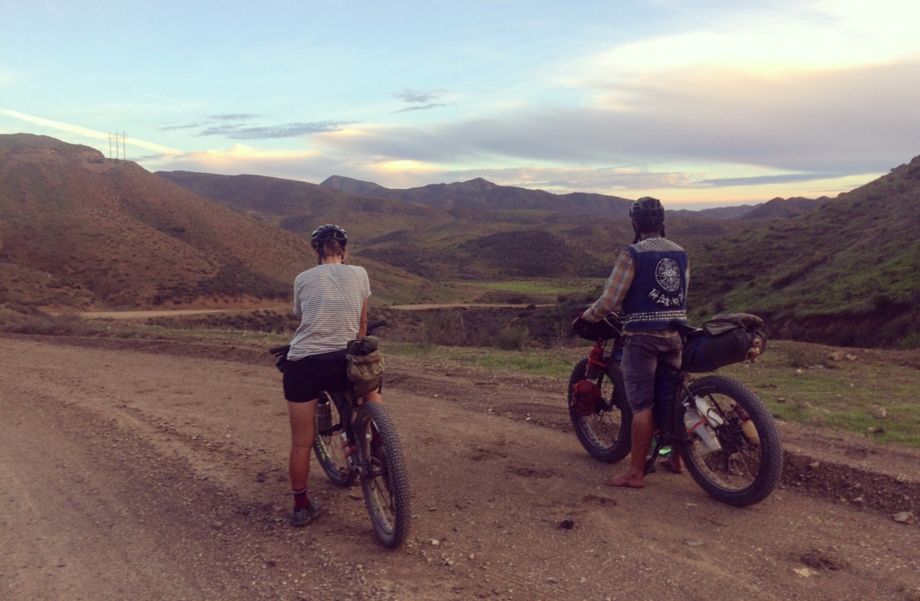 On January 2, 2017, a group of nearly 100 bikepackers gathered in downtown San Diego for the Baja Divide Grand Depart. Nicolas Carman welcomed the mingling crowd with a few words about the route and that evening’s group camp. And glancing around the plaza, I was thrilled to see so many different bikepacking set-ups: mountain bikes, plus bikes, fat bikes, even CARGO mountain bikes. The rigs were as varied as the group that gathered in the park that morning.

I was also excited to see that at least half our cohort was female — no doubt due to the healthy levels of stoke generated by Lael Wilcox and the women’s scholarship program she developed for the route. It was an all around heartening sight. 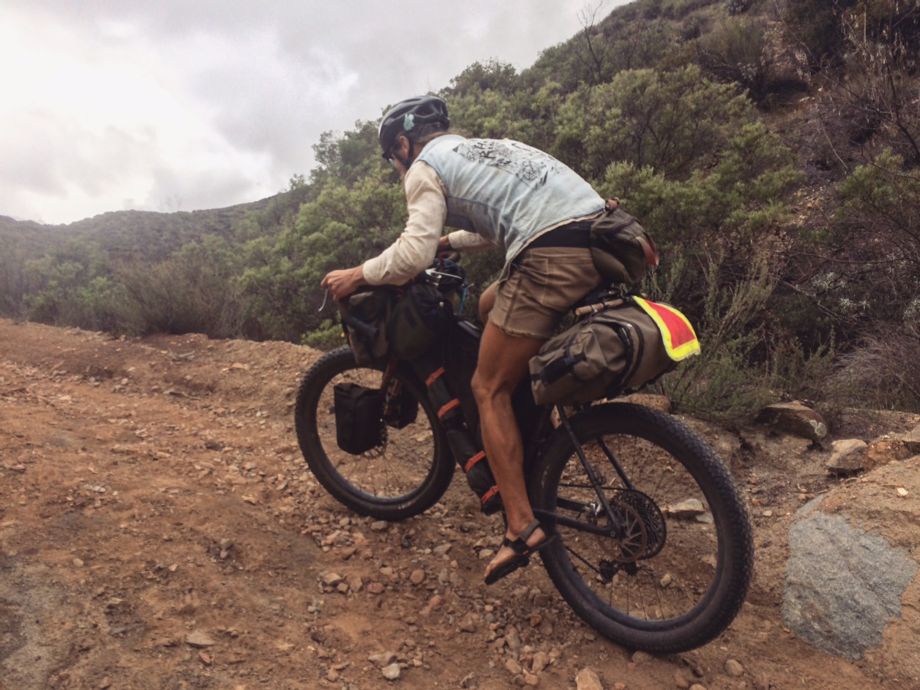 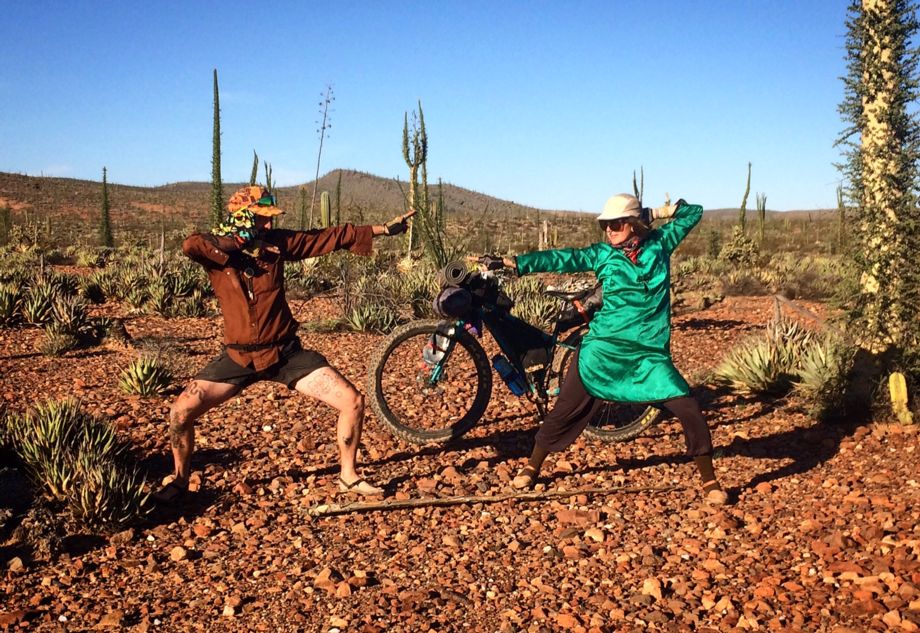 After loading up on coffee and stroopwafels in Ruocco Park, the group set off in a whir of fat tires past box stores and tract homes before hitting the first stretch of suburban single track that would lead us out of the city. Our amorphous parade stretched and contracted along the route as riders stopped to snack, check maps, and chat each other up about gear. 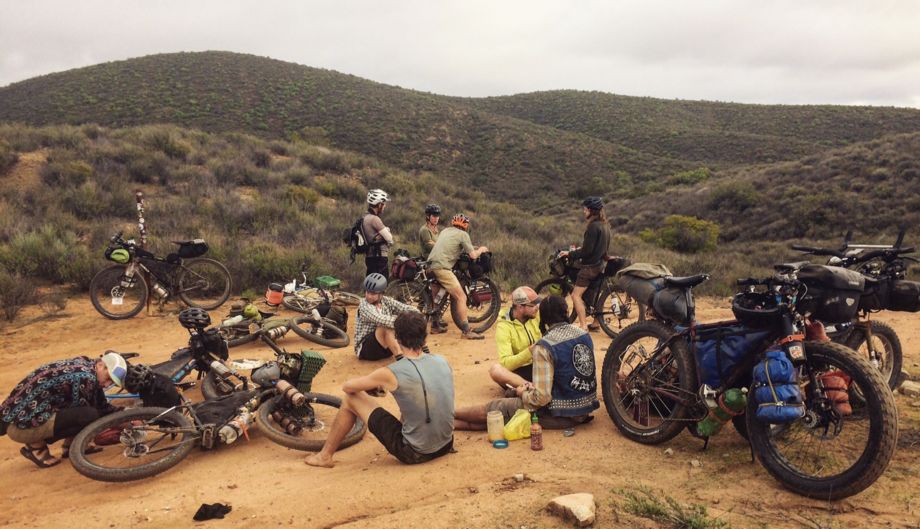 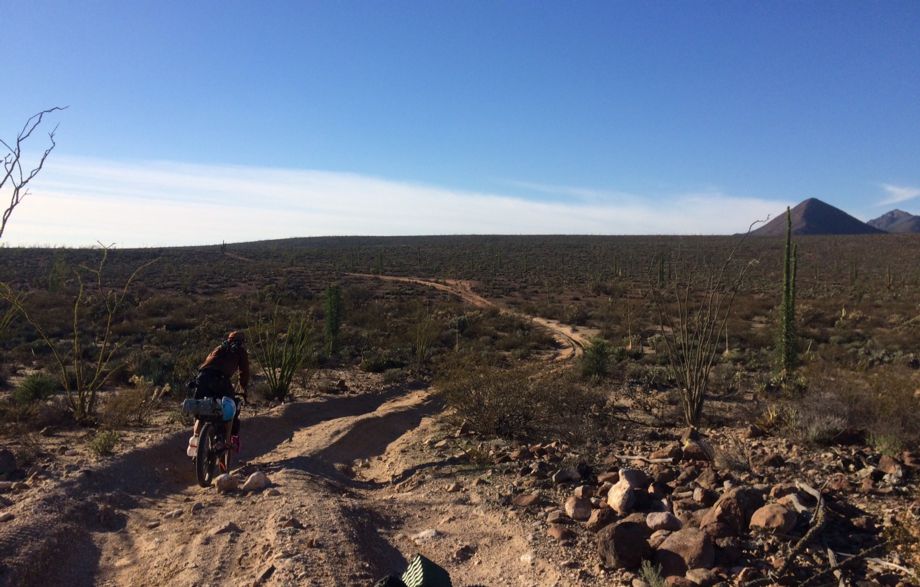 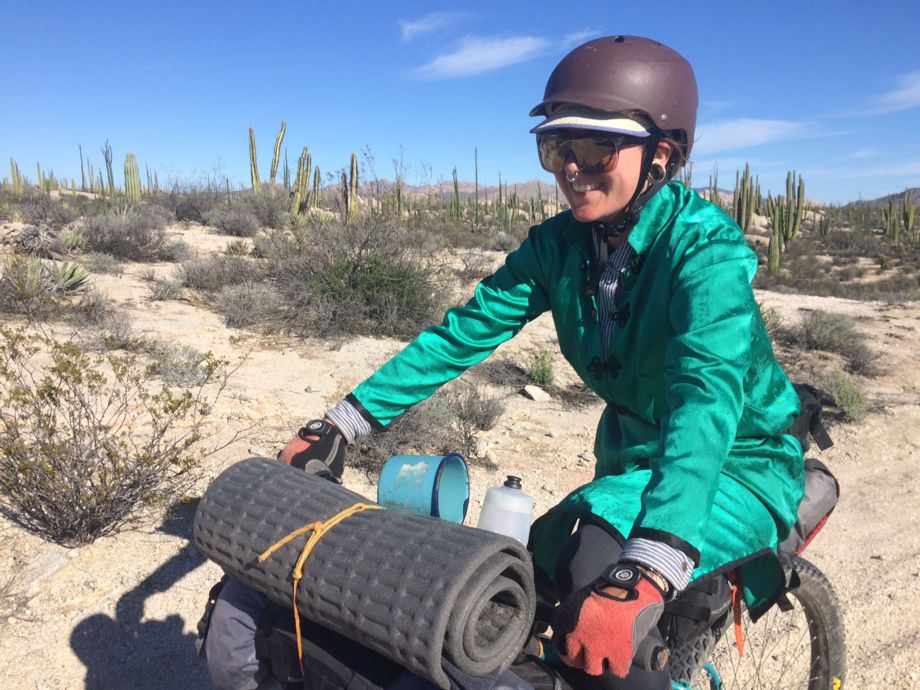 After a hearty climb up and over Otay Mountain, our fractured masses reconvened for a group campout at Barrett Junction, a good 50+ miles from the start and the perfect stopover point before hitting the U.S./Mexico border just eight miles south. While cyclists rolled into camp to set up their tents, tarps and hammocks, another group gathered around a silk screening station where riders could customize their own gear with the Relevate Designs’ Baja Divide logo. 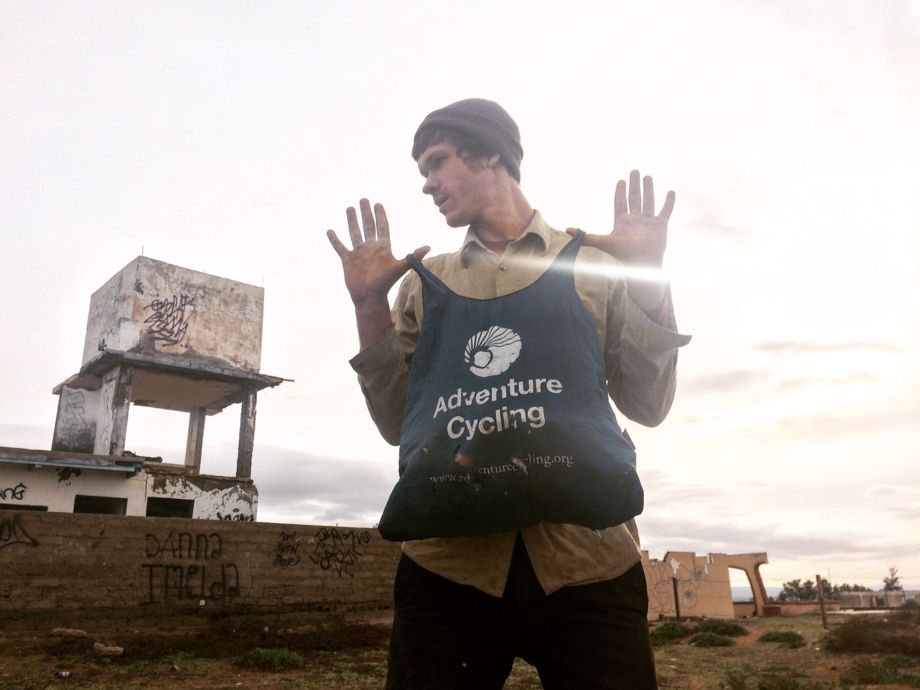 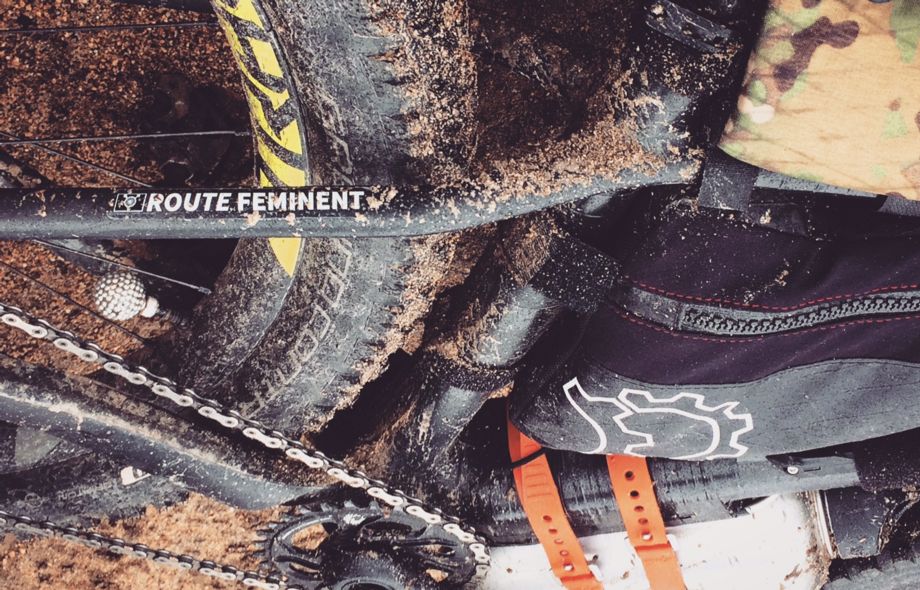 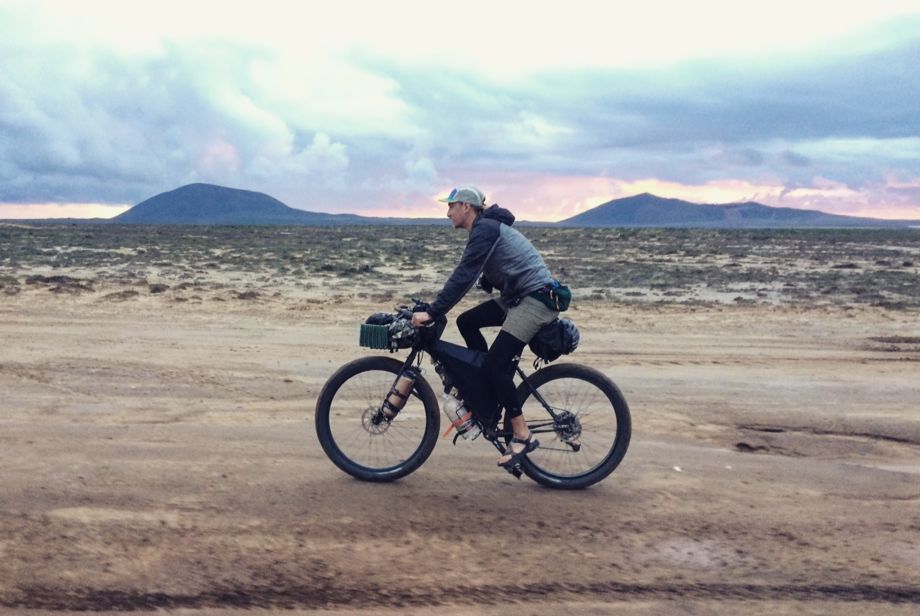 The mass of hungry cyclists piled into a large room bedecked with taxidermy, historic kitsch, and end-to-end tables set for a family-style dinner. Looking around the room, all I could see were wall-to-wall smiles as Nicolas and Lael took turns talking about the route in more detail and what we could all expect to encounter over the next several weeks. Riders exchanged stories and pints before making their way back to the encampment out back for a bit of rest before the morning’s rise and grind up and over to the border. It would be the last night the whole group would spend all together, and I couldn’t have dreamed up a better group of folks to explore this route with and looked forward to seeing them down the road and later reading their stories once they returned home. 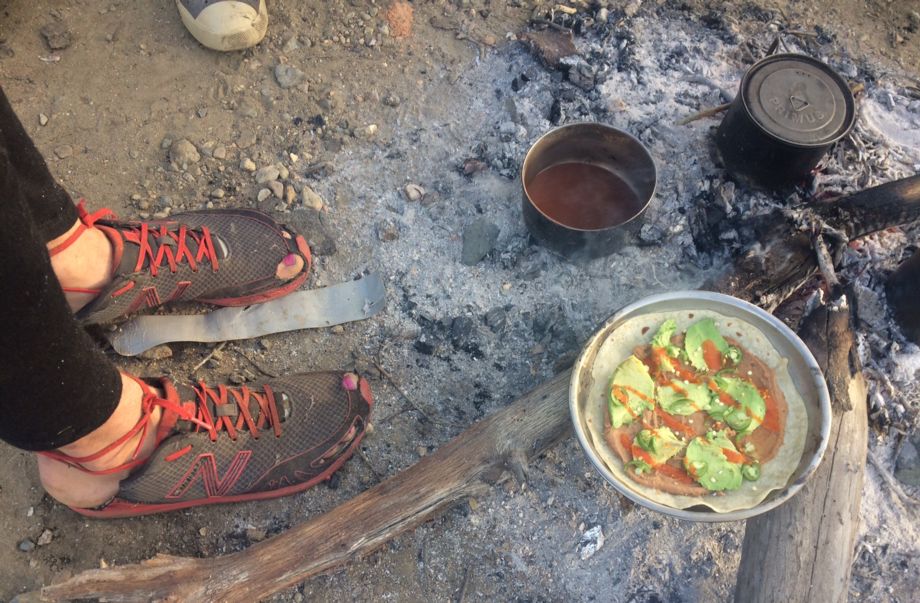 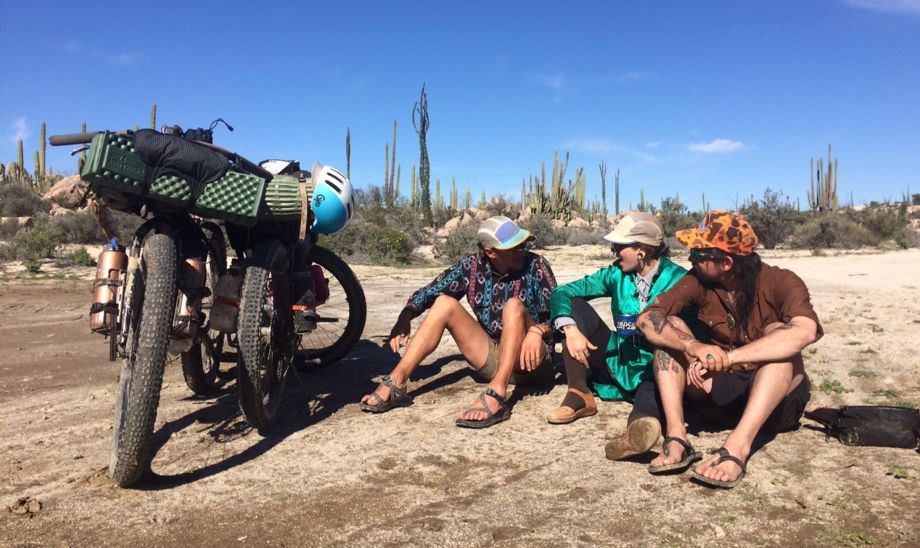 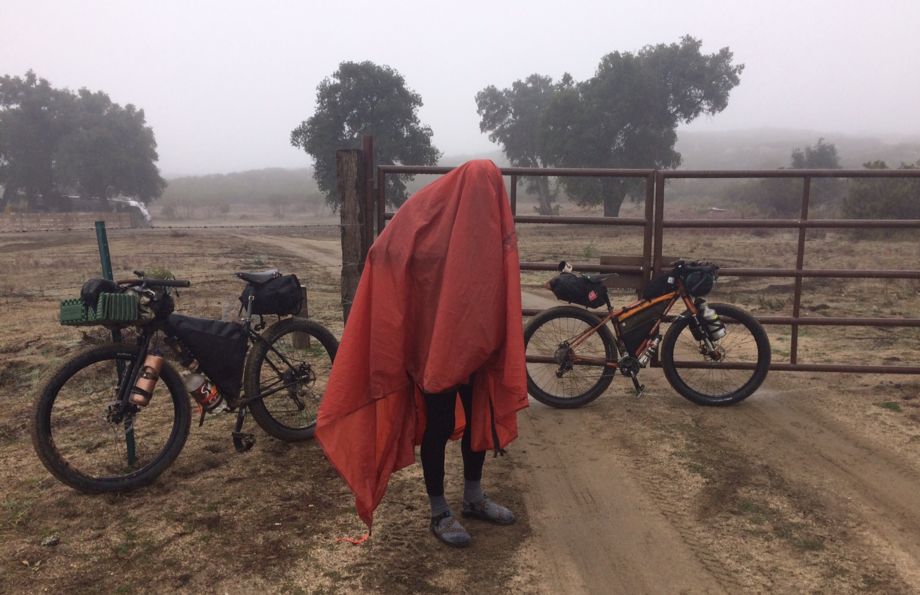 The Baja Divide is a rugged 1,700 mile off-pavement bikepacking route down the length of the Baja California peninsula, from San Diego, CA, USA to San José del Cabo, BCS, MX, researched and developed by Nicholas Carman and Lael Wilcox in the winter and spring of 2015–16. This route connects the Pacific Ocean and the Sea of Cortez, historic Spanish mission sites rich with shade and water, remote ranchos and fishing villages, bustling highway towns, and every major mountain range in Baja California on miles and miles of beautiful backcountry desert tracks. The Baja Divide is a free route resource for anyone to ride at any time, self-supported, and is best enjoyed from November to March, when most off-pavement routes in USA, Canada and Europe are closed for the season. 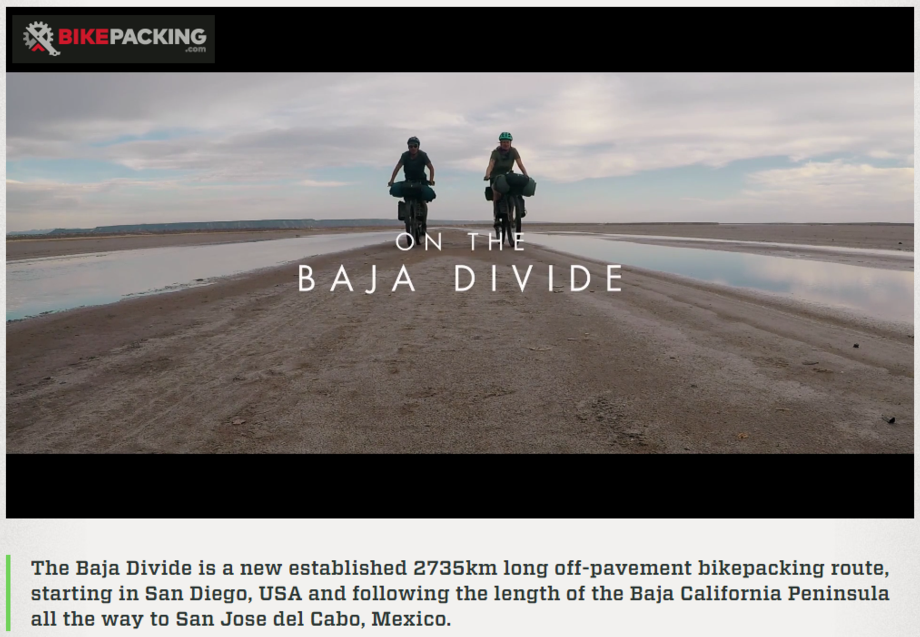 For more stories and photos from the Baja Divide, visit BajaDivide.com and peep this film from Tales on Tyres. Still want more? Then take a gander at one of these great write-ups from ...

And don’t forget to check out Lael Wilcox’s epic FKT (fastest known time) on the Baja Divide! Congrats and way to go, Lael!

Does this story of getting out and riding with a group make you want to join the fun? Do you not want the hassle of schlepping your own gear or cooking meals? Let us lighten your load and supply you with food for the journey on one of Adventure Cycling’s fully supported events. Enjoy catered meals, campfires, and camaraderie all while riding load free. Whether you’re game for a dirt tour like Cycle Divide Montana or road adventure like the Oregon Coast Loop, we’ve got several options to choose from this 2017 season — ride with us!