The following is a guest post by Ryan Van Duzer.

"Cycling really is the best way to see the world. You're going slow enough to enjoy all the beauty, you have the wind in your hair, fresh air to breathe, ahh, life is good!" 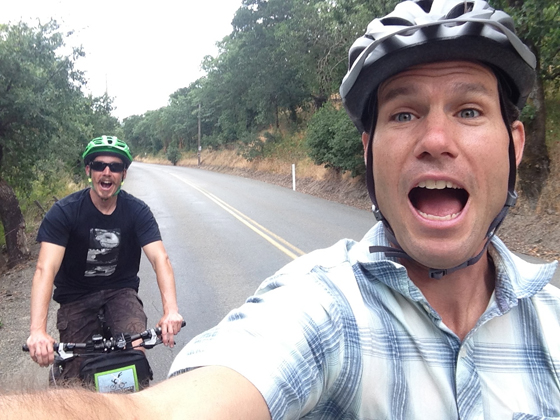 I've always wanted to scream these words to a bigger audience than just my Youtube channel and this week these exact words will hit TravelChannel.com on a new cycling web series. After years of pitching bicycle touring shows to the Travel Channel, they finally gave me the green light and "Cali's Wine Country by Bike" is now live on TravelChannel.com. I know from personal experience that bicycle touring is the most exciting way to see the world, and I felt that this unique form of travel needed to be seen by a larger audience. And I came up with a way to make the journey a little more fun — WINE, everyone loves wine! I proposed an exciting itinerary through Sonoma and Napa, highlighting all the ma and pa wineries and before I knew it, I was filming my dream project. 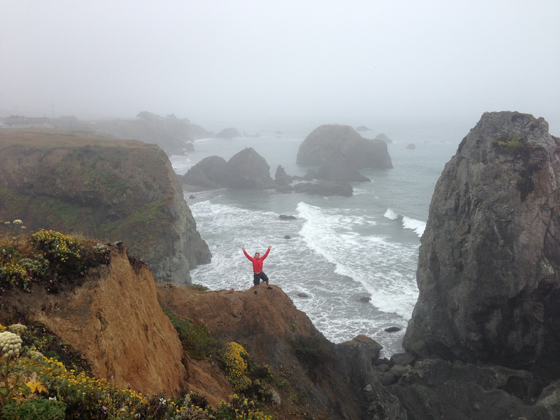 The five-part web series highlights the natural beauty of the area including a quick jaunt through the giant Redwoods, a spin up Highway One on the Pacific Ocean, and endless views of fairytale vineyards. I was lucky enough to hire my good friend and amazing videographer Skip Armstrong and together we rode about 40 miles a day, filming everything at about 15mph. In each episode I visit a winery or two, go on a tour, taste a little wine and talk about the vinyards' organic and sustainable initiatives. 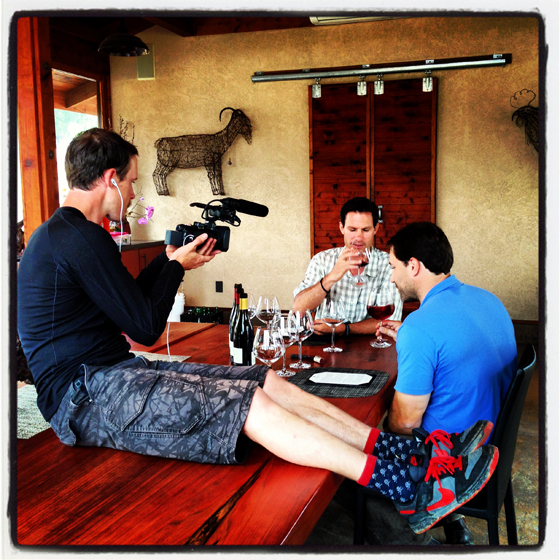 It's the first bicycle-touring travel show produced by a major network and I'm proud of Travel Channel for taking a chance on something that's not babes on a beach or some bald dude chowing scorpions on the streets of China. The show is genuine, fun loving, visually stunning and most importantly, it shows off a side of wine country that you can't see in a car. 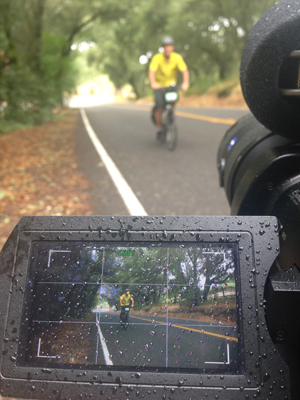 My main goal is for people to be inspired by what they see in this series and bust that bike out of the garage and go for a spin.

Watch the full series on TravelChannel.com!

Photo 1: Ryan Van Duzer and Skip Armstrong can't wipe the smiles of their faces while riding through wine country.

Photo 4: Ryan Van Duzer rides in front of the camera while filming in Napa Valley

RYAN VAN DUZER is an adventure filmmaker/TV host, but more than anything, he's a bike-loving fool. He's never owned a car and has ridden and documented multiple long-distance tours, including Honduras to Colorado, across the U.S. twice, and down both the East and West coasts. His goal is to inspire people to ride their bikes more often. His adventures can be seen at www.duzertv.com

I don't have access to the channel but I want to watch. Is there any other way? Would place it on Youtube or sonewhere that I could reach later?

My husband and I love riding there and in Mendocino. What a great way to see wine country. We ride recumbent trikes so we can even enjoy the scenery more since we don'r have to look down.