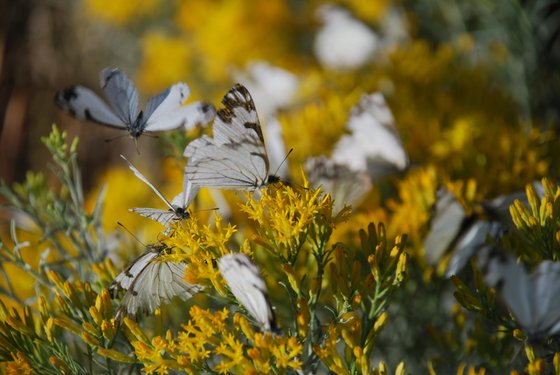 As we crested the hill, it appeared as if it were snowing. In southeastern Oregon? In September? It was 75 degrees!

A blizzard of white flakes floated down from the ponderosa pines above. A glance over to the side of the road revealed tens of thousands of butterflies feasting on the nectar of wildflowers. The ditches were white with butterfly carcasses. 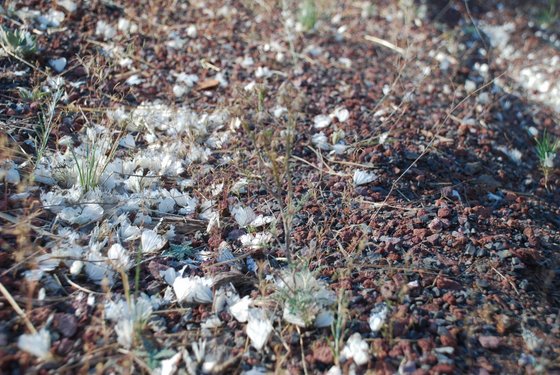 It was quite a sight. But it is rather weird to have all of that movement, the flapping of thousands of wings, and no sound.

At least not that we could hear.

Information posted at the Malheur National Forest campground answered many of our questions. We were witnessing a pine butterfly outbreak, an uncommon occurrence. The last documented outbreak in Oregon was in the 1980s.

Pine butterflies (Neophasia menapia) range from British Colombia to Mexico. Their favorite food in Oregon (while in the caterpillar stage) is the ponderosa pine. During a normal year, the caterpillars eat only the older needles of the tree.

But during a large outbreak, they munch on the newer needles as well, weakening the trees and making them more susceptible to pine beetle infestation.

So, this wonderland of butterflies for us was a bummer for the stands of ponderosa pine all around us. Many of the trees in our campground were obviously stressed. 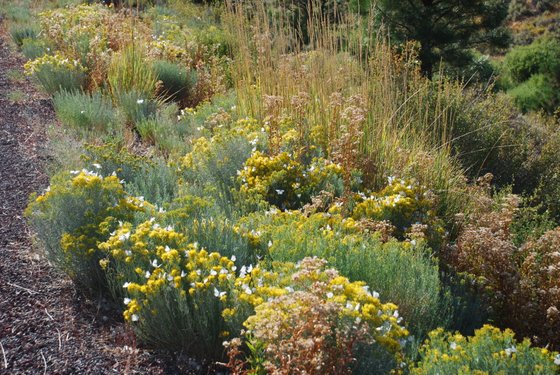 Nature's control is already at work. The numbers of parasitic wasps that feed on the pine butterfly are up.

As much as we enjoyed the wonder of the butterflies, it's time to root for the wasps!