Build the USBRS with TeamEstrogen.com

Like BOB yesterday, TeamEstrogen.com has seen the great success of the Build It. Bike It. Be a Part of It. campaign and the growth of the U.S. Bicycle Route System (USBRS) and is sponsoring a second $1,000 match challenge to keep the momentum going. Donate now to meet the match challenge.

TeamEstrogen.com founder and CEO Susan Otcenas spoke at the second annual National Women's Bicycling Forum, which was part of this year's National Bike Summit in Washington, DC. She spoke eloquently about women in cycling, bicycle business, and philanthropy. The points Susan makes are extraordinarily relevant to the development of the U.S. Bicycle Route System. 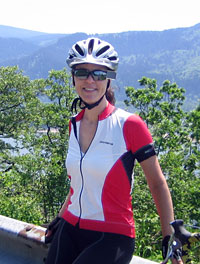 Here are a few remarks from her talk:

TeamEstrogen.com was founded on the premise that women are not built like men and that we will better enjoy participation in our chosen sport if we have sport-specific apparel that is attractive, well-fitting, comfortable, and built without compromise.

And so, since 1998, we have made it our mission to find the very best athletic apparel for women of all shapes and sizes.

My partner and I decided to launch Team Estrogen online. This was back in the heyday of the dot com boom when new web companies were sprouting like weeds. 15 years & a few dot bombs later, many of those competitors are gone, but we are thriving. Why? We never had ambitions to be huge, or make millions or have an IPO and retire rich. Instead we had an ambition to put more women on bicycles, more often and to make bicycling a more comfortable and pleasant experience. We’ve thrived because we’ve been true to our core audience.

Is there progress our industry could still be making? You bet. We need more female product line managers, more female reps, more bikes designed to fit smaller women, more women working in bike shops, etc. I’ve often joked that I dream of the day when I’ll be put out of business by bikes shops that finally "get it." So far, I’m in no great danger of that happening. But, nonetheless, we’ve come a very long way in 15 years.

Why do we care if women ride bikes? Because women are like an indicator species. Studies and surveys have shown that women ride bikes when they feel comfortable and safe with their environment, when it's convenient, and when it's accessible. While there will always be the confident and the fearless who will ride in any circumstance, if the on-the-ground situation is poor, if there are no bike lanes, if traffic speeds are too high, if enforcement of cyclists' right to the roadway is weak, if poor connections exist between where we live, where we work, where we shop, where we learn, and where we play ... well, in that environment, most women will choose not to ride.

Why do we care if women ride bikes? If women don’t feel safe riding bikes, they certainly aren’t going to let their children ride bikes. Walk to school?? RIDE to school? Across that busy boulevard?? On that high volume street? Where there’s no safe cross walk? Certainly not. NO.

There's no "one size fits all" approach to changing the world. I have found the same thing to be true of advocacy.

Some of us give of our time and energy. Nearly 6 years ago, I joined the board of the Bicycle Transportation Alliance, which is the bicycle advocacy organization based in Portland, OR. Portland has a well-deserved reputation as a pretty darn awesome place to ride a bike and I have learned so much during my tenure on the Board.

Of course, as we all know, MONEY TALKS. And you know the saying, You gotta SPEND money to MAKE money. And so, in 2008, TeamEstrogen decided to put its money where its mouth is. We joined 1% for the Planet. Via 1%, we pledge to give 1% of SALES, not profits, but SALES to environmental charities.

As a member of 1% for the Planet, TeamEstrogen.com has the opportunity to distribute funds to a broad variety of organizations that are approaching the challenges to health, livability, and climate change from a wide variety of angles.

Fortunately, there are 1% recipient organizations that address each of these approaches to incorporating bicycles into more lives, more often. We are honored to send support to 1% for the Planet beneficiary Adventure Cycling, and the USBRS, as part of our giving in this arena.

Of course, bicycles may save the world, but we want beautiful places to ride, and clean air to breathe while doing it. So, we’ve also chosen to send contributions to organizations protecting open spaces and the creatures within it. And finally, we need to remember that it costs money to defend nature and science against forces that try to take them away from us, so we’ve made important contributions to defent and protect.

Since 2008, TeamEstrogen.com is honored and incredibly grateful to have sent these worthy recipients nearly $200,000 in contributions. In my world, that’s a pretty big number. But really, it’s just a teeny tiny drop in the bucket in terms of the great need that’s out there. And THAT, my dear friends, is what I want to ask of you today. To add my one small voice to the chorus. All our voices joined together to support, not just with our words, but with our DOLLARS, will create and enhance programs to make bicycling safe, convenient, and accessible.

I hope you’ll join me in finding your own perfect fit, be it in a cycling skirt or baggy knickers, on a road bike, a mixte, a tricycle, or a recumbent, on a bike lane, a side path, or a bike boulevard, changing the world one community at a time.

I also hope you'll join me and TeamEstrogen.com in supporting the USBRS and make a donation to meet the match challenge today. 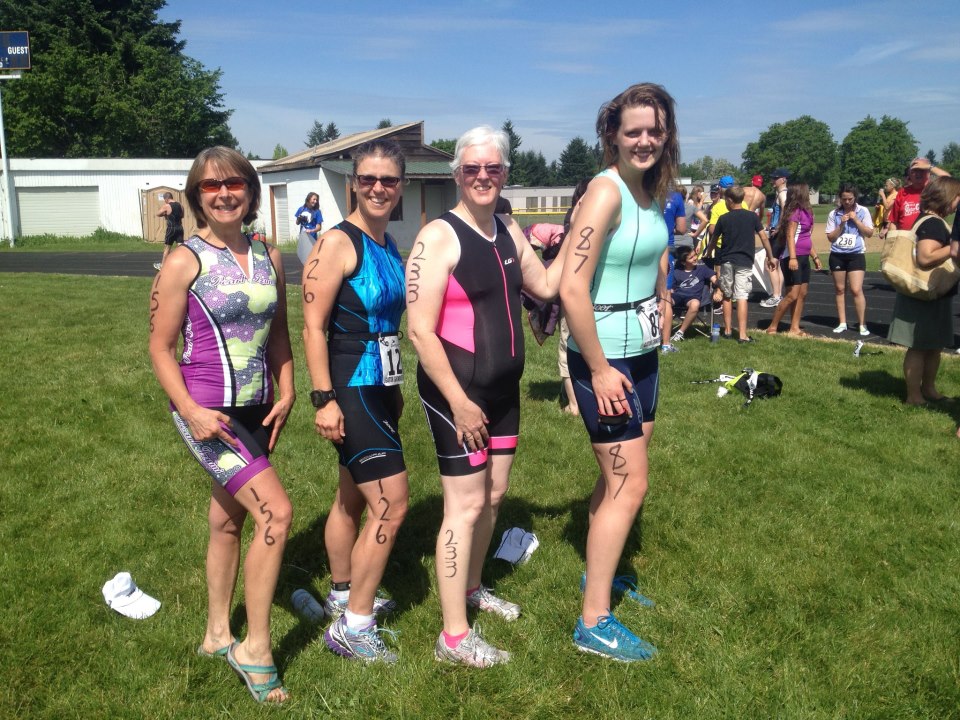 BUILD IT. BIKE IT. BE A PART OF IT. campaign runs through May 31, 2013. All donations are tax deductible and support Adventure Cycling's organizing efforts and technical assistance for the U.S. Bicycle Route System.The campaign is supported by Adventure Cycling members, bicycle industry partners, bicycle clubs, and cyclists across North America.

The U.S. Bicycle Route System is supported in part by grants from the Lazar Foundation, New Belgium Brewing, Climate Ride, and the Tawani Foundation.