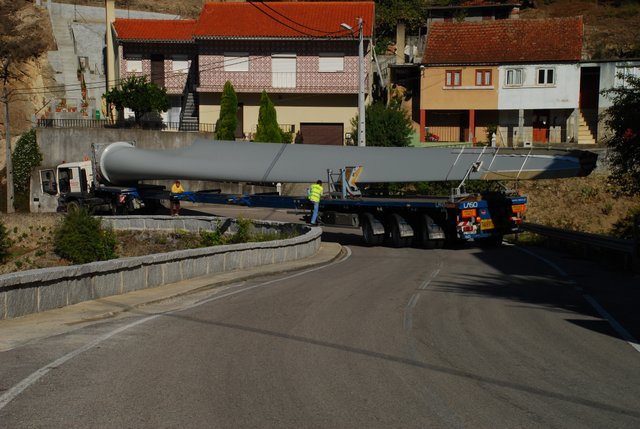 We had left the main highway for a smaller road to avoid truck traffic. But here one came--a large, over-sized truck.

We did a double take as it got closer. This truck's payload was enormous. We finally realized that the truck was transporting the blade of a wind turbine. Our mood changed from annoyed to fascinated as we tried to imagine just how the driver was going to negotiate the hair-pin turn in this tiny village in Portugal.

The back of the the trailer could be independently moved via hydraulics. The driver got out of his vehicle and consulted with another man who was driving the pilot car. A very concerned woman looked out of the window of her home that was in the path of this "blade runner". It took over 25 minutes for the truck to negotiate just one curve.

It was a bonus for us in more than one way. The commotion brought many villagers out of their homes to watch the ordeal AND once we were allowed to pass the truck (cars couldn't) ... we had no traffic on the other side. 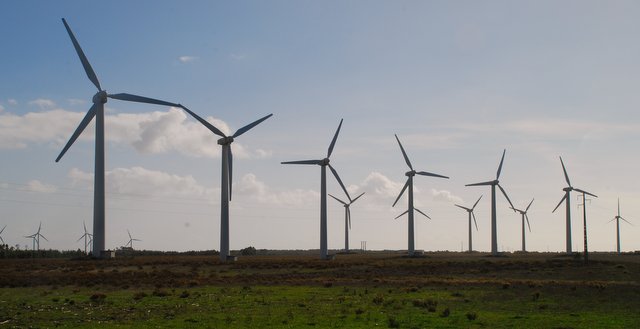 I encountered wind turbine blades being moved across the rail trail on the Isle of Wight some years ago. It was great fun watching these huge blades move very slowly across our path!