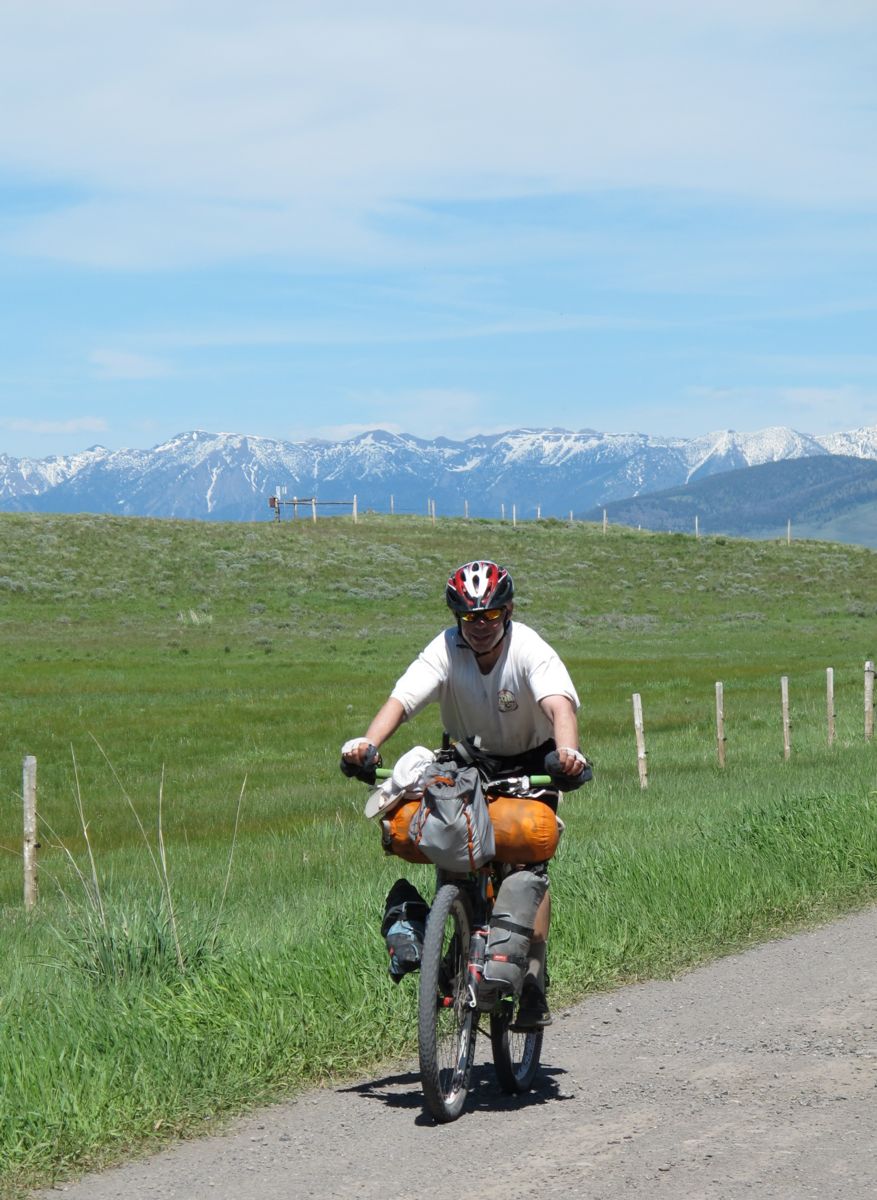 We're not sure about the genesis of the term "bikepacking," but we at Adventure Cycling have been using it off and on since the beginng days of Bikecentennial, and that includes utilizing it extensively to describe the type of riding you'll find on the Great Divide Mountain Bike Route. We know the word dates back to at least May 1973, when Bikecentennial co-founder Dan Burden's article "Bikepacking Across Alaska and Canada" appeared in National Geographic magazine. Then, a few years later, a book titled Backcountry Bikepacking was published by author William Sanders.

Still, it seems that only recently the term is coming into more general use in the lexicon of cycling. A Google search last October turned up approximately 7,200 results for the word, while one conducted last weekend turned up almost 20,000 [update 7/19/13: 217,000 results!]. It is, of course, a portmanteau (ooh la la!) of the words "biking" and "backpacking," and it describes perfectly the act of cycling long distances on dirt roads and trails through relatively untamed country.

Perhaps what's largely responsible for the fast growth in Google results is bikepacking.net, a website dedicated to the pursuit of the activity. The site includes, among other treasures, a listing of suitable trails for bikepacking in the U.S. and elsewhere in the world. (If you know of additional trails that should be listed but aren't, they ask that you send the information to them at info@bikepacking.net.) The website also includes forums, trip reports, and gear reviews. There's lots of great dreaming to be had there, so be sure to tap in and take a gander.