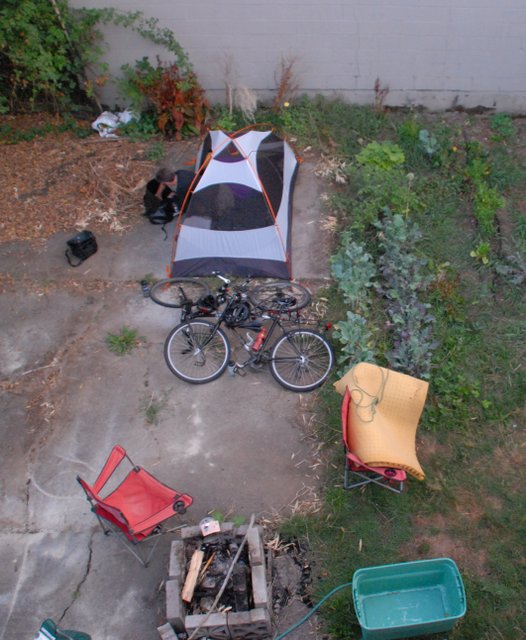 For most touring cyclists, camping is a rural experience. A tent comes in handy out in the country. You set it up in a designated county, state or federal campground ... or on farmland, forest or fairgrounds.

Our tent had always remained stuffed in our panniers while we were in the city.

Then we decided to try an urban adventure. We spent seven days in Portland, Oregon, and never booked into a hotel. The above photo is our campsite not too far from the Fred Meyer in SE Portland.

Our entire lodging budget for the week was $12. That's what we paid for the only commercial campground we stayed at ... on Sauvie Island. Here's the view. 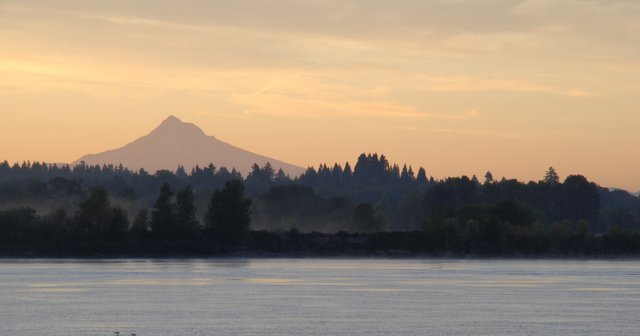 On another night we were invited to pitch our tent in the backyard of a cyclist we'd met in a Portland city park. But it was raining, so he suggested we sleep on the futon in the front room. Here's the message he left so his roommate wouldn't freak out. 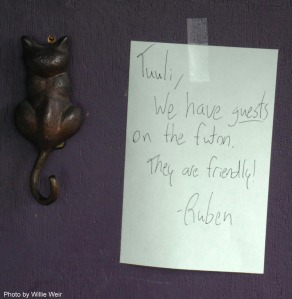 We weren't sure how this micro-adventure would pan out when we began. Would folks in the city be wary of travelers looking for a place to camp? We immediately discovered what we already knew from years of bicycle travel: a loaded touring bike is one of the best social ice breakers on the planet. There were days that we had multiple invitations for urban campsites ... or rooms ... or futons.

Not all urban campsites are created equal. This one immediately shot to the top of the "all-time best" list. WOW! 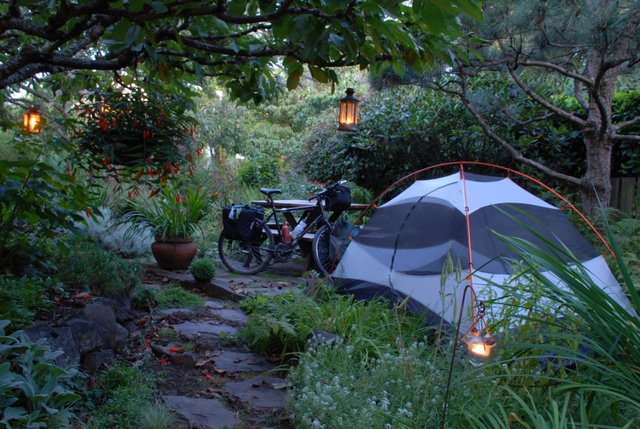 A tent is just some fabric, waterproof or not, held up by poles. But combined with a bicycle, it can be your ticket to the most magical and diverse travel experiences you'll ever have.

Wow, you truly had the time of your life. Kinda scary just doing that because people aren't the same but at least you proved that there are still kind people in this world. Love the last pic, it's really picture perfect!

Don't confuse other US towns for Portland, OR. Your experience may vary.