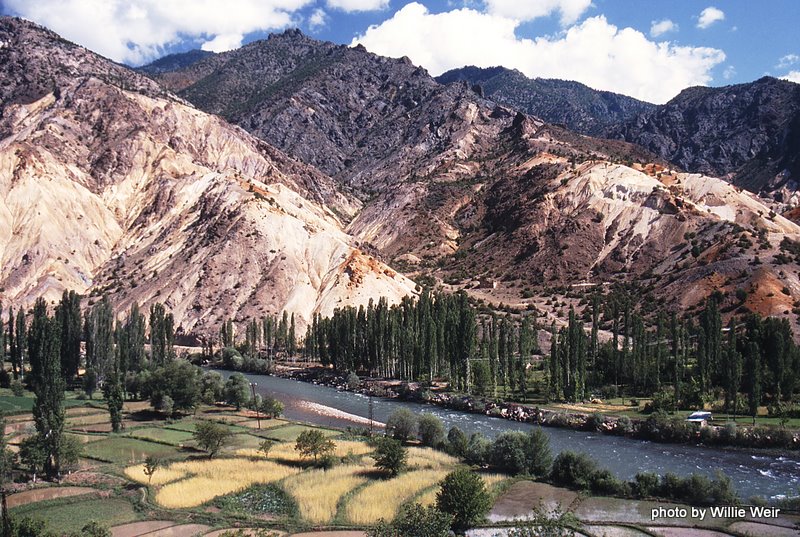 There is an art to knowing which travel advice to embrace and which to ignore.

Every touring cyclist has had the experience of some local telling them that the road up ahead is flat, only to discover that it is hillier beyond belief. Or that the next town is just over the ridge, when there are three ridges to climb over.

Most cyclists learn to favor advice from someone else pedaling a bike before someone driving a truck or motor home. When driving a motorized vehicle, one tends to only notice the grade getting steeper when the motor shifts into low gear.

Kat and I asked several people in the pituresque town of Yusufeli, Turkey which route to take to get to the Black Sea Coast. We asked dozens of people and got only one answer. We needed to pedal toward Artvin on the main highway and cross over the mountains.

This was depressing. This route meant trucks and buses and traffic we always tried to avoid.

We were just about ready to pedal out of town, when we stopped at a bakery for a loaf of bread. For some reason I asked one more time. The man gave the same answer. But as I was headed out the door he said, "There is one other route. It goes toward Ispir. But it is a bad road."

Our ears perked up. We had learned from months of travel in Turkey that every time someone said the way we were headed was a bad road, that it was actually incredible ... and just what we were looking for.

This particular "bad road" ended up being a little-traveled, barely two-lane road that wound it's way through green rice fields surrounded by stark mountains. We encountered a handful of vehicles and were treated to some of the most fabulous scenery the country had to offer.

Sometimes it pays to ignore all the popular advice and follow your traveler's instinct. Even if it means your headed for the bad road. 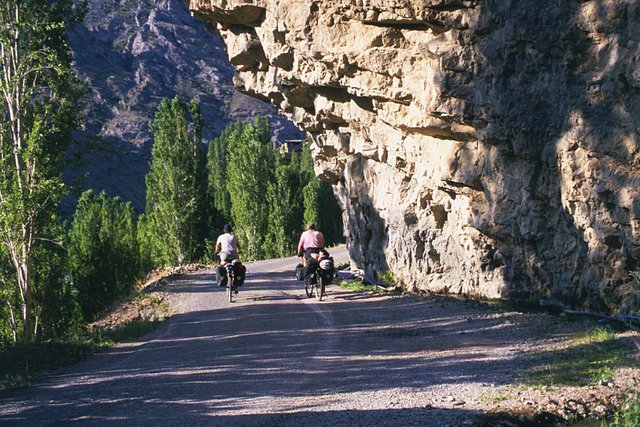 "Most cyclists learn to favor advice from someone else pedaling a bike before someone driving a truck or motor home". Too true. Motorists take note of the surroundings not the gradient. And I agree, take the dusty track, not the highway, or as Ralph Waldo Emerson said 'Do not follow where the path may lead. Go, instead, where there is no path and leave a trail.' More about baron tracks and adventure... http://www.cyclingthe6.blogspot.com