Alone on the Bike Path 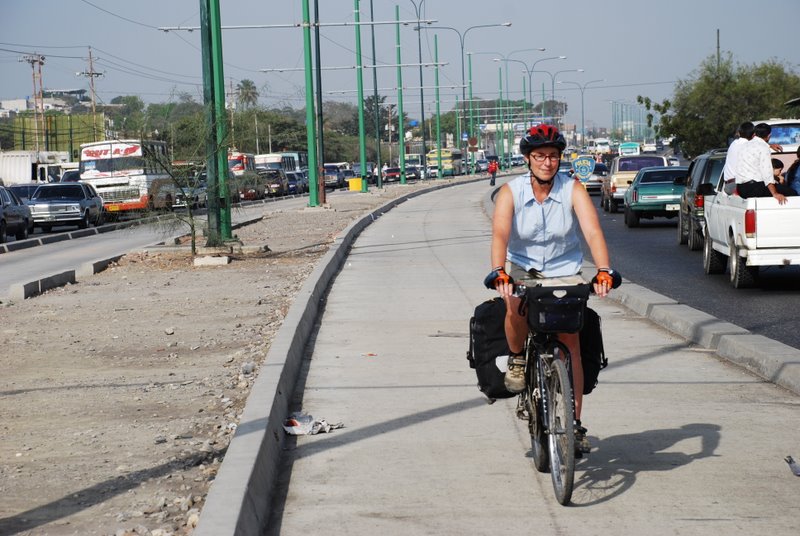 Pedaling out of a large city is always a challenge, so were excited when we heard there was a new bike lane heading out of Barquisimeto, Venezuela.

We followed the directions and soon found ourselves on a separated concrete path in the middle of four lanes of highway. But rather than being filled with glee, we were depressed. We were alone. We encountered not a single cyclist, and only one pedestrian in over 15 kilometers. And yet, we were completely surrounded by traffic. Thousands and thousands of vehicles spewing exhaust while limping along in a never-ending traffic jam.

Why the empty bike path? I'm sure there are many reasons, but the one that jumped into our heads was, "cheap gas." How cheap? Right around six cents (yes, cents) a gallon! (Average price in 2008)
Cheaper than water. And when gas is that cheap ... everyone drives. But cheap gas comes at a price. Pollution. Obesity. More parking lots and less parks. And empty bike paths ... waiting for people to get out of their cars and policy makers to come to their senses.