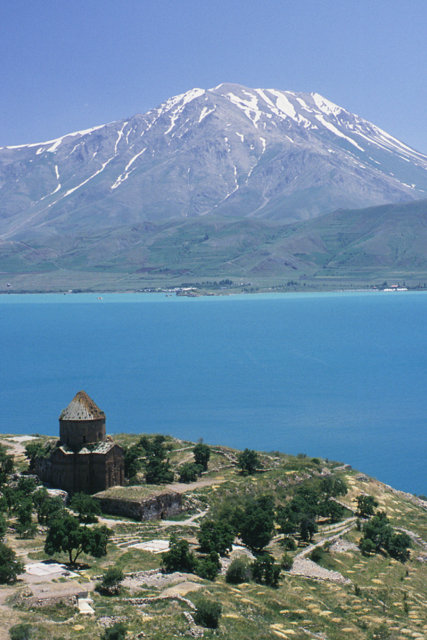 Lake Van is located in Eastern Turkey, near the border of Iran. Not many touring cyclists get out this way, but those who do are rewarded with stunning scenery. The Armenian church in the photo above is located on Akdamar Island and was originally built in the 10th century.

Lake Van is not only the largest lake in Turkey, but is also an endorheic lake. It doesn't flow to the sea and has few outlets. Its waters are so alkaline, you can wash your clothes with no need for soap.

Kat and I took a ferry out to Akdamar Island, and there met a group of Kurdish students on holiday from university. They invited us to share lunch with them, and one of the students pulled out a saz (the name refers to a family of stringed instruments). He played alone for awhile and then some of his friends began to sing.

It was a unique sound to our ears. As unique as our surroundings. To this day, every time I hear a saz played, I see a vast blue lake, a 10th century cathedral, a group of Kurdish students, and a landscape I'll never forget. 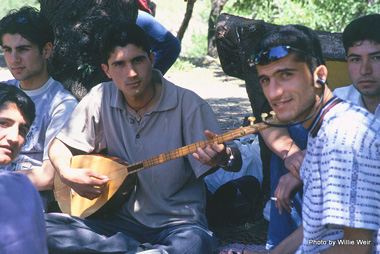 Here is another recording featuring the saz (ba?lama in Turkish) recorded in Western Turkey.

Photos and audio by Willie Weir