All Aboard the Bicycle Tourism Boom

We have seen more interest in bicycle tourism and travel now than at any time in the past and the momentum keeps growing. Bicycle tourism is capturing people’s attention nationwide, and it’s not just people with a passion for cycling — it's tourism agencies, transportation agencies, state and national parks, multimodal transportation companies like Amtrak, state and local government officials, businesses, and local community members who may not have ridden a bicycle since they were in grade school. So why now? What is bringing people on board the bicycle tourism boom? 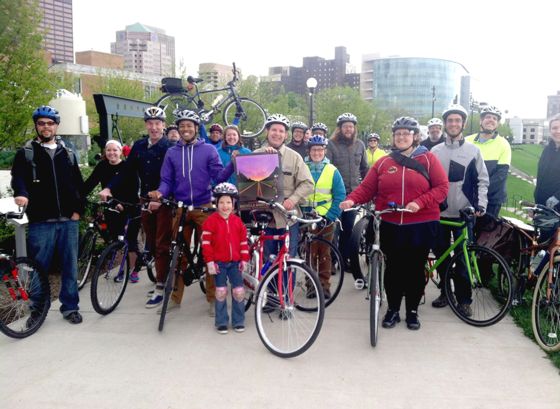 Whether it's the number of cyclists or the number of dollars they spend, non-cyclists are seeing the impact that bicycle tourism has in their communities and states and are realizing the benefits of attracting and welcoming cyclists. In some cases, communities and states are not only meeting the needs of cyclists, but laying out the red carpet for them. Bicycle campgrounds with solar-powered outlets in lockers to securely charge your phone and store food? Check. Bicycle Friendly Businesses that have bike parking, bike maps, tourism info, and welcoming employees? Check. Protected bike lanes, bike share, and commuter trains with roll-on service? Check. And it's not just bicycle travel, it's mountain biking, urban biking, bike races, organized tours, weekend overnighters, family biking ... you name it.

The thing is, cyclists don’t tend to need a whole lot and they are grateful for any special services or accommodations they receive, because a cyclist-specific anything is still fairly hard to come by. Our friends Path Less Pedaled break it down in their Bicycle Tourism 101 blog post: "In the end, it comes down to good customer service: recognize that a bicycle may be involved in your guest’s experience and be prepared to support it." Showers, a safe and affordable place to sleep, hydration, secure bicycle/gear storage, and a good meal are the basics that will get most cyclists talking, but if you go above and beyond that, word will spread in the cycling community like wildfire. Free marketing is probably the biggest and least-known perk of being bicycle friendly. 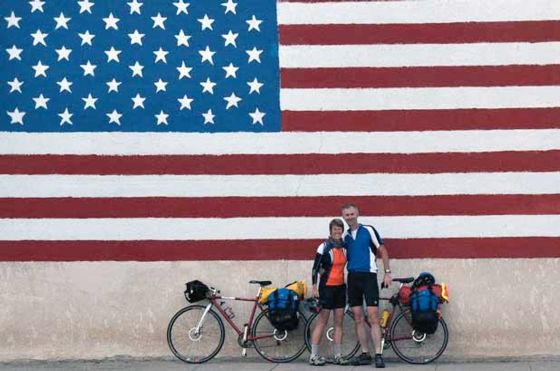 Booming in our backyard

A bicycle tourism study was released seven months ago in Montana showing the benefits of bicycle travel in the state. Since then, Adventure Cycling has met with or heard from Travel Montana, Montana State Parks, Montana Department of Transportation, and Glacier National Park about promoting and expanding bicycle tourism in Montana. The study, conducted by the University of Montana’s Institute for Tourism and Recreation Research (ITRR), showed that multi-day bicycle travelers visiting Montana spend more per day than motorized travelers ($75.75 compared to $64) and stay in the state longer (eight days vs. three). The study also found that bicycle travelers do not necessarily stick to developed bicycle routes, and that communities throughout the state benefit from their patronage (p 21). Bicycle travelers tend to seek out low-traffic, rural back roads and stop in small towns that don’t usually see tourism or its economic benefits, which has a particularly significant economic impact on small rural communities and local businesses.

Communities that have realized this, such as Twin Bridges, Montana, have seen continuing economic returns from developing bicycle tourism services, amenities, and infrastructure. Residents of Twin Bridges (population 382) invested $9,000 into building a bicycle camp with a group shelter, and in the first season of operation they saw a full return of investment through cyclist donations and spending in local businesses. Community members from other small towns in Montana have started to catch on as well, and just last week I talked to people from two different small towns in Montana who want to build bicycle camps similar to the one in Twin Bridges.

This is an exciting time to be immersed in the bicycle tourism field. We're inspired daily by hearing from advocates, business people, agencies, and communities across the country interested in welcoming cyclists and ready to take action by implementing new U.S. Bicycle Routes, by reading new economic studies, blogs, and articles, by attending bicycle conferences, and by learning about local and global developments and initiatives. There is still lots to do to make cycling and bicycle tourism safer and more accessible, and sometimes all it takes to get started is a simple "hello" or "welcome" to a visiting cyclist.