Ain't No Mountain High Enough...to keep me from singing some tunes

A while back, I had the good fortune of catching a performance lecture by Seattle artist and all around badass Tessa Hulls titled Gotta Have Faith: A Single Lady's Illustrated Guide to Solo Long Distance Bike Touring. In this performance about her recent bike tour in Alaska, Tessa declares her love for Nutella, hatred for RVs, and discusses, among other things, her lyrical approach to hill climbs. I’ll explain further but you should just watch the video. Her hill climb song progression diagram got me thinking about all the tunes that get stuck in my head while I’m on tour or mashing up mountains. And no, dear reader, they aren't ALL from the 1993 classic film Cool Runnings. 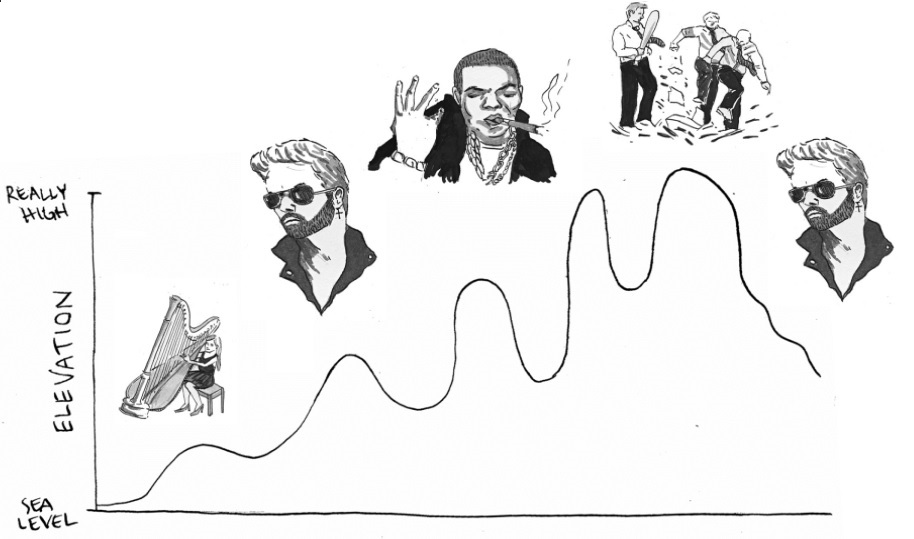 Since Tessa's performance, every time I ride with a new group of folks, I always ask what songs come up for them when they hit a big hill climb. Sometimes it’s a tropic earworm, like Taylor Swift—or a Ryan Adams cover of Taylor Swift, but for many folks I spoke with, there were certain songs that seemed to come up on the regular.

I recently polled a few friends and coworkers about what songs, or progression of songs, pop into their head during a hill climb. The results varied from Marvin Gaye and Tammi Terrell, to Ace of Base and Matthew Wilder, to Digby Fairweather and The Raincoats*—the playlist was unsuprisingly nostalgic. Here, for your listening pleasure, is a compilation of songs selected from that recent poll. Hope you enjoy this eclectically awkward mix.


What are YOUR favorite hill climbing songs?
Leave your responses in the comments.

*Digby Fairweather and The Raincoats is not a band, they are two separate and unrelated music projects.