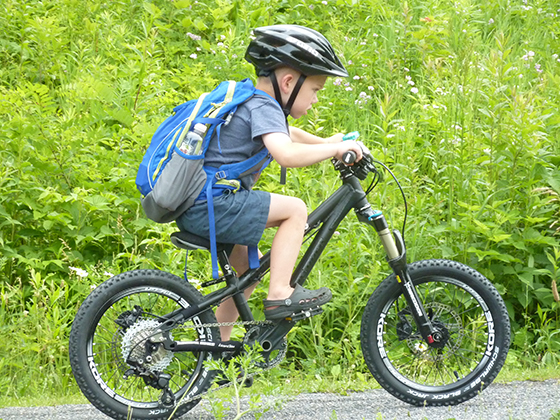 In the spring of 2016, I began to plan a ride on the Great Allegheny Passage from Cumberland, MD to Pittsburgh, PA. On its surface, this doesn’t sound like some grand feat for a 36-year-old in good shape. After all, people younger and much older than I, complete this trip all the time. The thing that made my trip special was the fact that I was accompanied by my four-year-old son Cameron.

Cameron starting riding a balance bike when he was two years old. After learning to balance, how to corner, and use hand brakes, he upgraded to a 10in. BMX bike. Cameron was pedaling this BMX at three years, two months old. The BMX bike was great for learning but at age four, he was ready for more.

I found LiL Shredder Bikes, a niche bike company that builds REAL mountain bikes for kids and we purchased the LiL Shredder Icon with 16in. wheels. After seeing how well this bike preformed for Cam, I knew he was capable of something great.

The plan was the Great Allegheny Passage (GAP), 150 miles from Cumberland, MD to Pittsburgh, PA. Due to work and family obligations, we only had six days to complete the trip. The daily mileage necessary to complete the ride in six days would be ambitious for a four-year-old, but I figured we had from sunup to sundown to complete each day’s ride. The plan was to ride for about an hour at Cam’s pace, then get off the bikes and eat or play or explore a trail town — anything to keep him engaged in the trip. 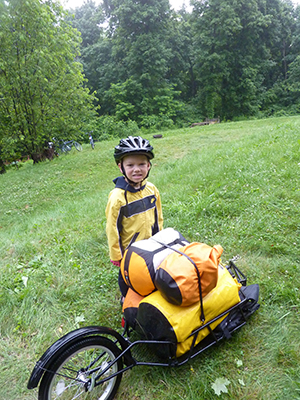 On June 23, 2016, the adventure began. We were dropped off in Cumberland, MD in the morning and we explored the town for about an hour before we boarded a train. This was something I debated in my head when planning the trip. The Western Maryland Scenic Railroad parallel’s the trail for the first 15 miles to Frostburg, MD. At the completion of this GAP adventure, I wanted to be able to say that my four and a half year old rode his bike 150 miles on his own. More importantly though, I wanted to provide Cam with the best experience that the trail can offer. Since he’s never been on a train, and this trip was about him and not my ego, I decided to take the train.

Over the next six days, Cameron experienced more than most kids did all summer. We camped out every night, swam every day, explored an old train station in Myersdale, played on a dog racing sled in Rockwood, slid down natural waterslides in Ohiopyle, went in a teepee in Connellsville, fell asleep under constellations in Adelaide, ate ice cream and pizza daily, played cards, met great people, told stories, and laughed often. 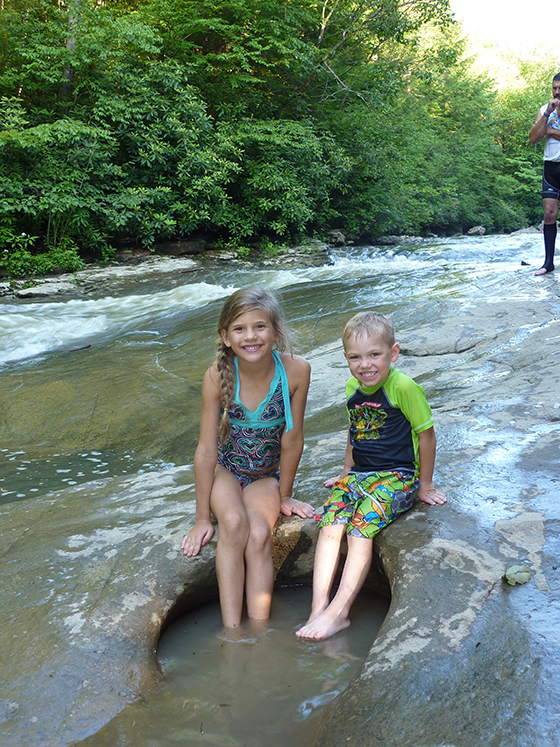 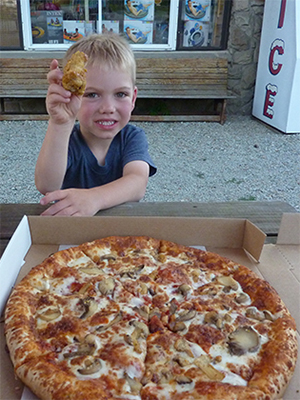 All the people we meet along the way were impressed with Cam’s accomplishments. Often we heard how Cam inspired people. “If he can do it, I have no excuse,” was something we heard time and time again. Cam and I both loved when someone found out what our plan was and how far we had traveled. The look of surprise on people’s faces was priceless. Cam and I enjoyed a good laugh as we tried to recreate the faces people would make when they found out what he had accomplished. 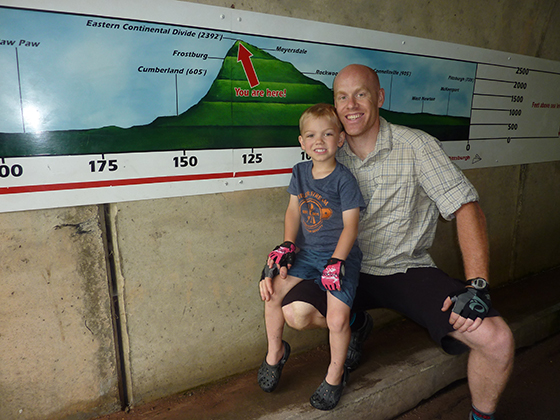 I’m not sure what Cam will decide on, but he and his sister both enjoy the history and sites of Washington, DC. Maybe next summer, he can talk his mom and sister into riding the C&O Canal towpath from Cumberland to DC. I sure hope he can! 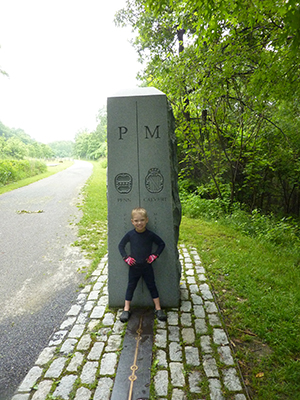 Kevin Cramer is a 36 year old father of two, Kayla (8) and Cameron (5). Cameron enjoys riding on dirt jumps and single track. He also enjoys playing soccer, lacrosse, swimming and gymnastics. He is currently in pre-school and looks forward to riding the school bus for Kindergarten next year. Here are more details about their adventure.

Congratulation, Kevin and Cam, sounds like you had a great ride! I've ridden parts of the Great Allegheny Passage a number of times, but I don't believe I've ever seen a four year old riding it using their own pedal power. Very impressive! And a great way to begin what hopefully will become a lifelong love of bicycling.

Sounds like you did it the right way, lots of play. Did lots of tours with my two when they were young. Now their bikes hang collecting dust, waiting for them to come back to it again some day and remember how much freedom they had to explore the world on 2 wheels.