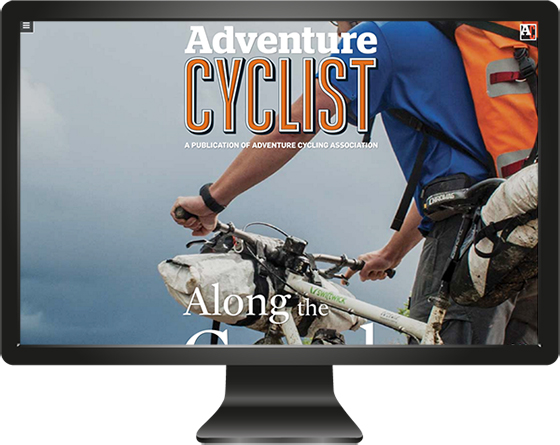 We love magazines. The smell of the paper as you fan through the pages. The way you can stack ‘em on the coffee table to remind you there’s still a story in there you haven’t read. Heck, the way they weigh something.

That’s why we’re excited today to announce a pair of new online Adventure Cyclist feature stories built on a platform that looks great on your widescreen monitor or the smartphone in your pocket. A digital feature from magazine-lovers? Let me explain.

Adventure Cyclist produces all kinds of online content each month — you can see what we’re cooking up on the right-hand side of our Table of Contents in each issue — ranging from gear reviews to online-only stories and more. And while we believe they each represent valuable content for our members (and beyond), they don’t feel like the magazine. The reason we’re excited about these two new features is simple: they do.

Thanks to modern web coding and responsive design, these two stories display text, photos, and other design elements in a way that feels like you’re reading a magazine, whether you’re reading it in your office chair or in the bathroom (we don’t judge, just wash your hands). And that magazine-level quality is a good thing, because both of these features deserve it. 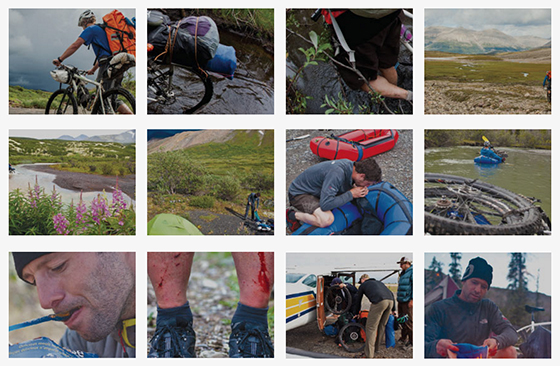 The first might look familiar to some — it ran in the pages of Adventure Cyclist in May 2014 — but it’s one of our all-time favorites. “Along the Canol,” written by Ryan Stuart and photographed by Ryan Creary, traces an ambitious off-road trip along Northern Canada’s remote and rugged Canol Road, an abandoned oil-pipeline route that accesses some of the wildest terrain in North America. It’s not a tour many of us would sign up to join, but it’s great fun to travel vicariously from the safety (and grizzly-less-ness) of a warm living room.

The second feature has never been published by Adventure Cyclist, but we’re happy to remedy that situation here. The “Commute from Heaven” follows Kurt Gensheimer and the “Commute Crew” as they pioneer their second fascinating bit of bike-travel theater. After riding from Lake Tahoe to San Francisco almost entirely on dirt in 2014, the group set out from Salt Lake City en route to the mountain biking mecca of Moab last summer. They weren’t self-supported, but when you get a load of the terrain they tackled to make the trip entirely on single and doubletrack, it won’t matter. With beautiful images to back their trip-charting creativity, we’re taken by the chutzpah it takes to make something like this work — and we hope you will be too. We’ll be watching closely as the “Crew” looks to complete a similar ride on the East Coast later this year. 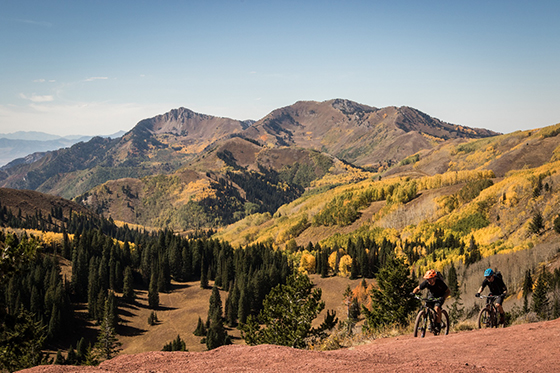 The February issue of Adventure Cyclist is at the printer this week and will be in mailboxes before the end of the month. Those pages will feel fantastic as you pull them from the mailbox, and the issue (we hope) will look well-loved as you pass it along to a friend or family member with dog-eared pages and maybe a coffee-cup ring. Don’t worry, that sensation isn’t going anywhere. But while you wait for the print copy to arrive, or maybe while you ignore that pressing email for a few minutes at the office, give these two stories a read. Consider it a bonus adventure. And really, who can’t use a few more of those?

During the last week of our January member drive, you’ll have a chance to win a spot on a three day tour from Beer & Bike Tours, based in Fort Collins, CO. You'll also get our calendar and a chance to win a Salsa Marrakesh bike. You'll find all the details in our Monday blog post, Things That Go Together.

These offers are for new members only. If you’re already a member, please share this inspiration with your friends. No purchase necessary, see our join page for full contest details.

The 2016 January Membership Drive runs through 5:30pm MST on Sunday, January 31st. Adventure Cycling Association’s mission is to inspire and empower people to travel by bicycle. We depend on dedicated cyclists to continue programs such as expanding the Adventure Cycling Route Network, keeping our online resources up to date, maintaining our education and outreach efforts, and building an official U.S. Bicycle Route System.

Very nice job with the new layout. It is easy to read on both my laptop and tablet. For the latter, the comfortable font size is most welcome - no more pinching and zooming and horizontal scrolling!

Overall, it is very clean and simple. Thanks!