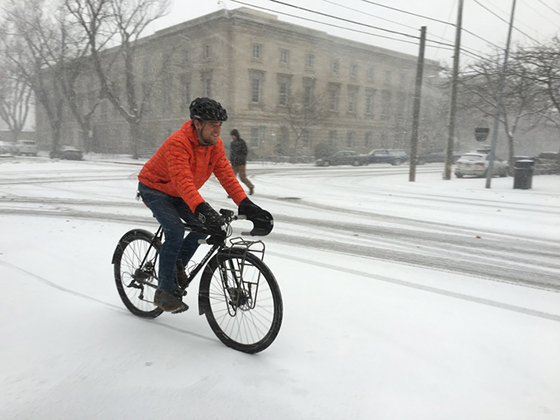 Any kind of weather: At Adventure Cycling, we’re fiercely competitive when it comes to any sort of bicycle commuter challenge and during National Bike Month, we’re all bringing our bike commuter A-game. What do we choose as our commuter weapons of choice? Read on to find out, and tell us what you’re rolling around town on this month in the comments! 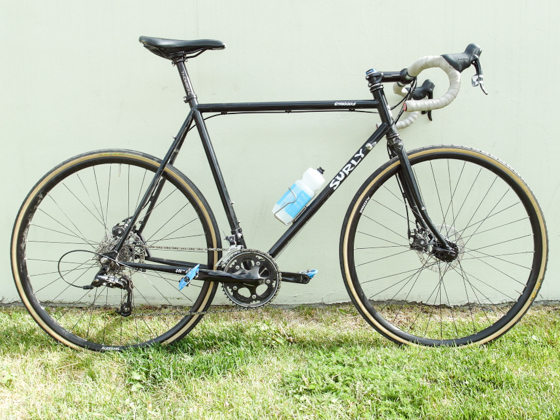 It’s funny that the strongest rider we have on staff rides a bike called the “Straggler,” but there you have it. In Brian’s words, this bike is “super versatile — throw skinny tires on it and it becomes a fast and comfy road rocket. Swap in some knobbies and you have yourself a capable off-road gravel bike. Plenty of rack/fender mounts transform it into a light-touring bike perfect for bike overnights! The Straggler does it all, and does it well.” 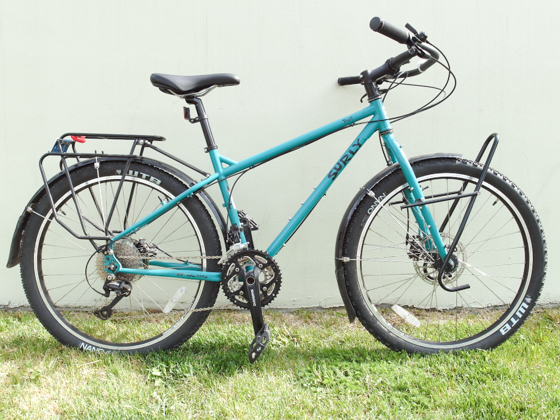 There’s a very high percentage of Surly bikes that grace our courtyard, but only Lisa’s Troll has a personalized Montana license plate! While we get extra pumped on bike month each May, you can still find us commuting by bike all year long. Here’s Lisa’s Surly Troll, aka “The Tank.” Watch it plow through the winter snow, then feel like a beach cruiser while rolling through town on fragrant spring days. 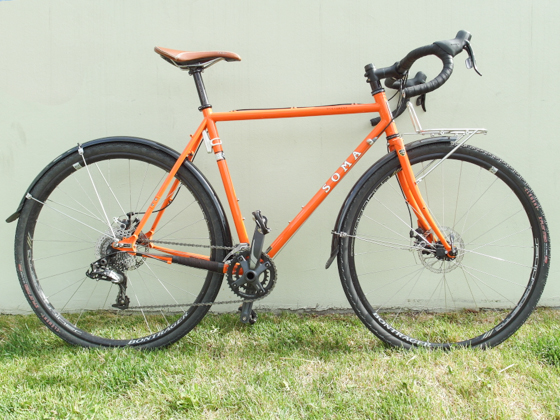 There are a lot of folks on staff, myself included, who wouldn’t mind sneaking off with this bike. This bike is versatile, well spec’d with a SRAM 2x10 mountain bike drivetrain, 40mm Clement X’Plor MSO tires, and full fenders. Here’s what Alex has to say about it:

“I just built it up a few months ago, so we’re still getting to know each other, but so far the bigger tires and the Tange Prestige tubing make for a super-smooth ride around town. With a little creativity you can get just about anything you need on that randonneur rack up front and I can throw a full front and/or rear rack on there for more loaded endeavors. Thanks to the split seatstay and sliding drops I’m thinking about running it as a single speed belt drive this winter to avoid the drivetrain wear that Montana winters throw at metal parts. Plus, I seem to be riding a lot of orange bikes these days, so it fits in!” 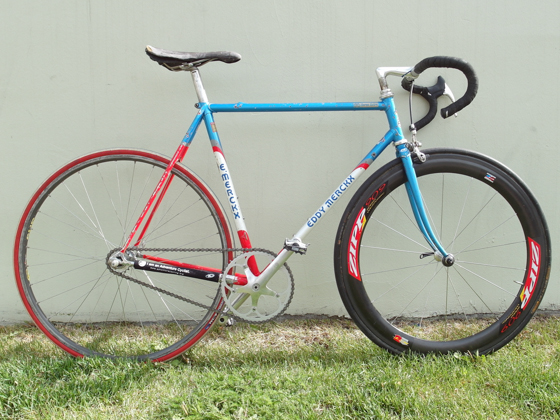 Best Craigslist find ever? Pretty close. I was bummed that the cable stops were chopped off, so single speed it is, but even so, it’s smooth around this flat town of ours. Admittedly, this bike doesn’t get called into action as much as it should, but I plan to change that trend this summer.

How about you? Share your commuter weapon thoughts in the comments!

I'll let the video explain it.

Rolling around town singlespeed on my All City Nature Boy. Running Clement X'Plor MSOs for a fast & cushy ride and ready for any surface.