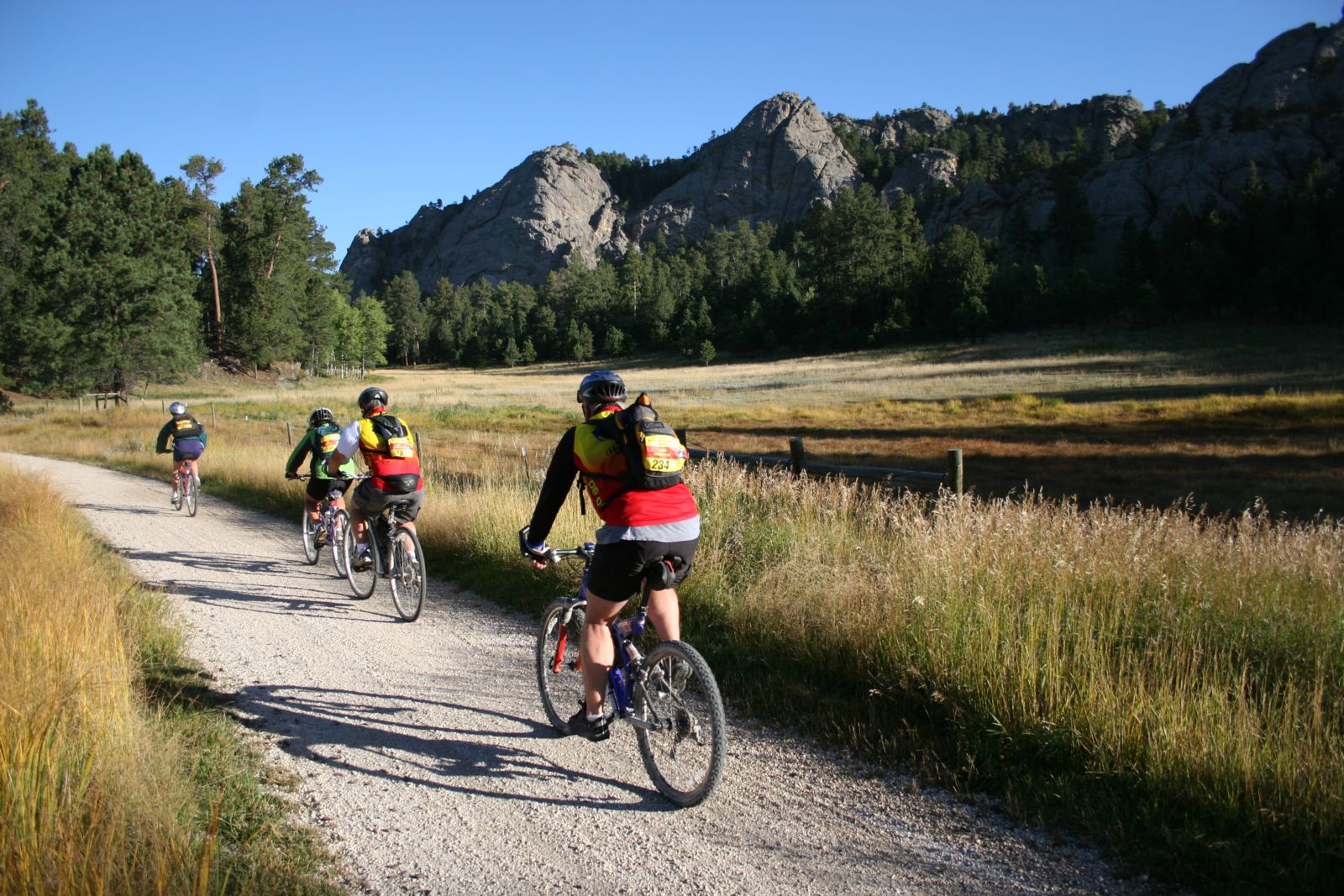 In September 2005 my wife Nancy and I joined a few hundred other riders in the 8th annual Mickelson Trail Trek in South Dakota. The George S. Mickelson Trail — or "the Mick" for short — is a 114-mile rail-trail connecting Edgemont near the south end of the Black Hills with Deadwood in the north.

The leisurely, three-day mountain-bike spin (the trail features a fairly smooth surface of crushed rock) led us through an ever-changing drama of gold-mining history, tall granite crags, tunnels and trestles, ghost towns, pine forests and autumn-fired aspen groves, country stores, sparkling streams, and the in-progress (since 1948!) sculpturing of the Crazy Horse Memorial, which when finished will dwarf nearby Mount Rushmore. We were constantly amazed by the fact that 19th century surveyors managed to find a route through this precipitous expanse of mini-mountains flat enough for the Burlington Northern Railroad trains to follow.

The 17th annual Mickelson Trail Trek will happen in September of 2014. Also be aware that Adventure Cycling's seven-day Black Hills Loop, slated for August 30 through September 5 in 2014, takes in some 80 miles of the Mick, as well as a selection of other great cycling byways in the Black Hills.

I heartily recommend adding the Mick to your "must-ride list," whether you're new to bicycle travel or a saddle-savvy veteran.

I wish there was a long-distance offroad trail like this in Florida. Allowing camping on the trail would be nice, too. Doesn't seem to be much camping offered around here that doesn't involve $25/night and RV hookups.