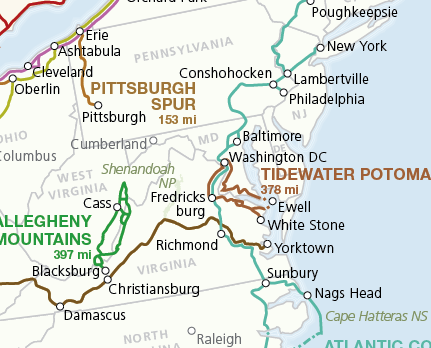 Something our members have asked for time and again is the creation of loop routes, preferably something they can do from a metro area or airport. Thus far our efforts include the Green Mountains Loop, Adirondack Park Loop, Tidewater Potomac Heritage Route, Allegheny Mountains Loop, Utah Cliffs Loop, and the newest addition -- the Washington Parks Route -- which in it's entirety is a figure-eight or may be broken into two separate loops.

If those don't appeal to you, there are a myriad of other possibilities available by mixing and matching pieces of the larger Adventure Cycling Route Network. Examples that jump to my mind are:

So, what are you looking for in a loop route?